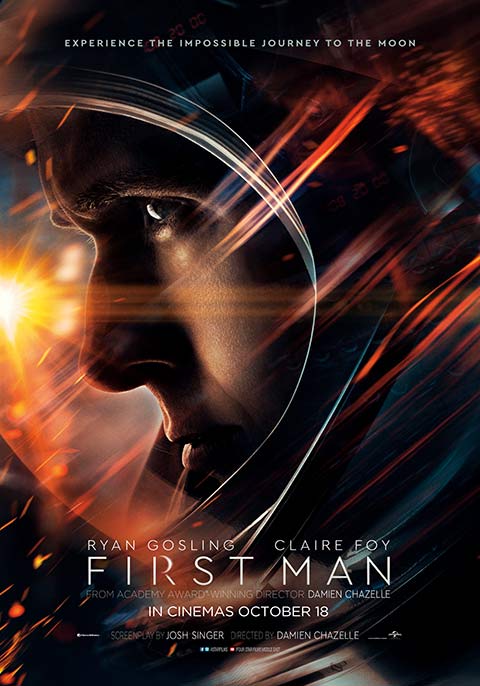 So who is the bravest man in history? In our minds there can be little argument that it was undoubtedly the first man to eat snails. But understandable many will say we’re talking cobblers as usual and say that one of the bravest men is astronaut and first man on the moon, Neil Armstrong.

From its 1961 opening scene Armstrong (Ryan Gosling) is test pilot on a jet that flies at the edge of space pushing the boundaries of what the plane is capable of and risking his life in the process. It’s a claustrophobic sequence where the audience are put right inside the cockpit with the plane violently shaking as its pushed to its limits. It takes a certain person to be able to do that sort of job and Armstrong was one of the few who could. A family man whose job risked leaving his wife a widow and his children orphaned and the toll is on his wife knowing exactly the risks he takes having already grieved  over their young daughter passing away.

But Armstrong comes across as someone wholly able to compartmentalize his emotions regardless of the most stressful situations. In that regard Ryan Gosling is ideally cast, as an actor many of the roles he’s played have been mostly humourless even robotic ironically so when it came to last year’s Blade Runner 2049 and here is stoically silent for much of the film. So when Armstrong applies for the US space program astronaut he needs nerves of steel as the film follows a series of tests with several ending in tragedy and a population growing increasingly angry at the use of their tax dollar to put a man on the man before the Russians, an angle that First Man never really touches on here. 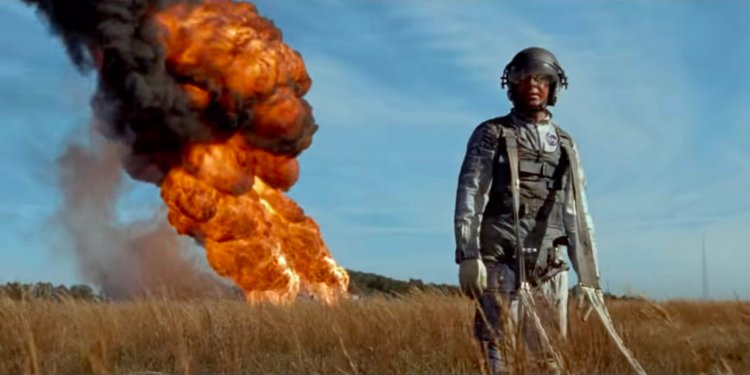 Director Damien Chazelle has focused solely on Armstrong and the effects on his wife Janet (Claire Foy) especially where scientists give her an audio feed of one of Armstrong’s first missions which goes awry and HQ cut the link leaving her hanging as to what may or may not have happened to her husband. It’s a clever use of sound where later in the film, when they do land on the moon, lens the moment a truly profound sense of gravitas.

This is Chazelle’s first film after winning the 2017 Oscar for La La Land and again he’s handled the material brilliantly despite the story being well known and covered to Oscar winning effect back in 1983’s The Right Stuff. But Chazelle constantly puts us in Armstrong’s seat and the test flights and final moon trip underlines the claustrophobia that ultimately these are men in a giant tin embarking on a mission that has never been done before.

At two and half hours this is a long film but is worth seeing on the IMAX format if possible especially for the moon landing  which has a moment that shows just how much Armstrong was affected by the death of his daughter. It’s been prompted by his wife catching him about to slip away from the house for months to finally undertake the moon mission and forces  him to sit down and tell their two boys that should it go wrong this may be the last time they’ll see him.

First Man is sure to attract Oscar nominations though probably in technical categories our only issue is that it never mentions Kubrick filming the faked moon landing on a studio’s soundstage. Now that would be brave.