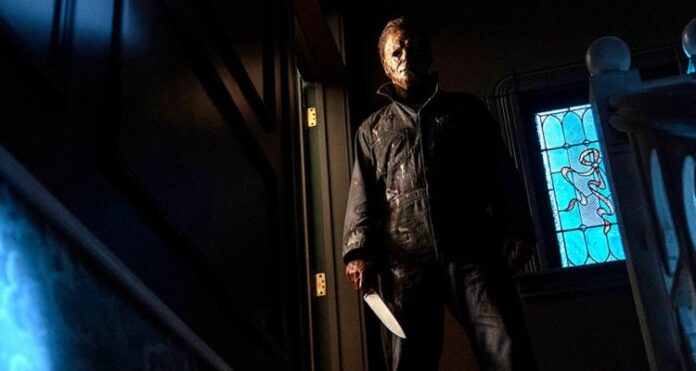 With umpteen number of sequels to the 1978 original, Halloween Kills and its masked lunatic Michael Myers returns on a rampage so you can take a wild stab in the dark as to what happens…. which is exactly what the killer does. Picking up minutes after the 2018 film which saw Laurie Strode (Jamie Lee Curtis, ) now a grandma and being rushed to hospital whilst her house is burnt to the ground with masked murderer Michael trapped in the basement. But as has been seen time and again in the previous 34,638 sequels he is indestructable and soon lays waste to the attending firemen. 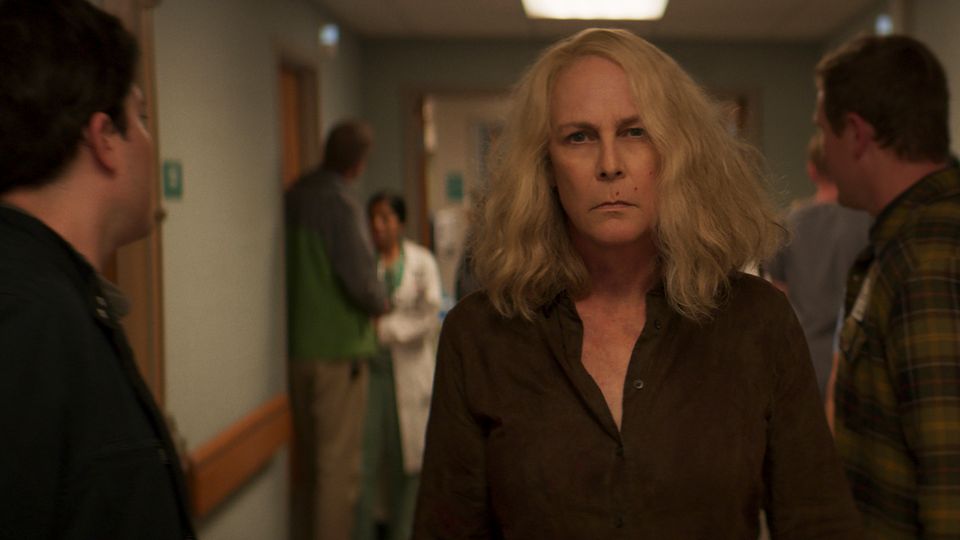 With a number of flashbacks that includes an extremely convincing Donald Pleasance look-a-like as Dr Loomis, Halloween Kills ties its narrative in with the original film specifically with the return of surviving members of his original knife fest. They are led by Tommy (Anthony Michael Hall now unrecognisable from his ‘Weird Science’ teenage days), the child that Laurie was babysitting and now at a bar celebrating Halloween as well as commemorating those who didn’t make it along with the survivors who are also present. But news soon reaches them of Michael Myers (or The Shape as he is referred to in the credits in which case we look forward to seeing Gemma Collins play the lead in a remake of The Blob) continuing his annual slaughter and its Tommy who leads a mob in pursuit of him who ultimately and bizarrely falsely accuse the wrong man. Quite how they mistake a muscular 6 foot plus man for the morbidly obese dwarf they chase after is anyone’s guess but the bloodlust of the flash mob has something of the air of a similar mob fuelled by a embittered pumpkin faced pillock who had lost the presidency and threw all his toys out of the pram. Their pursuit of Myers with a venomous hatred and murderous zeal chanting, ‘Evil Dies Tonight!’ must be a recurring nightmare for Simon Cowell facing former X Factor losers. 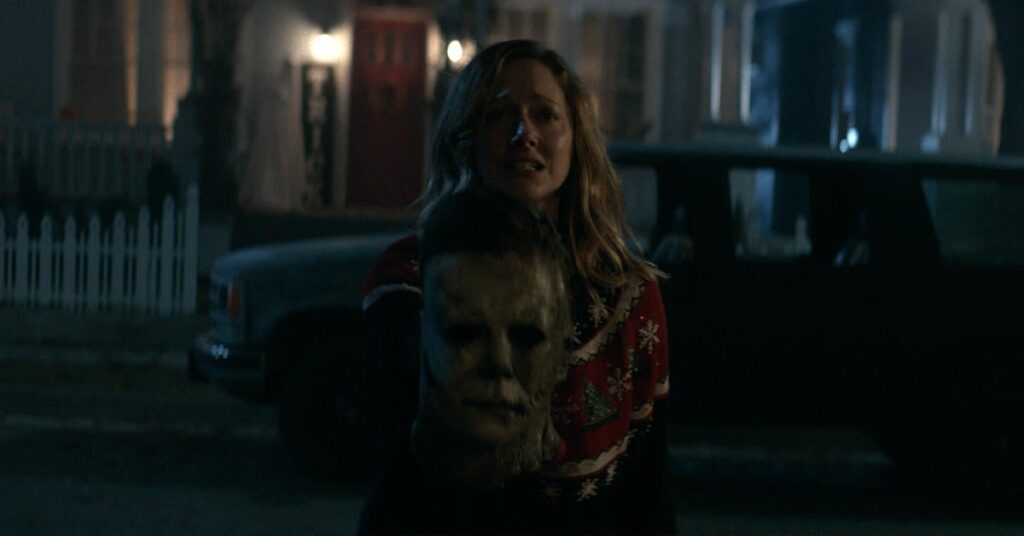 Fans of the franchise will find little new here with more brutal and explicit deaths (mashed heads feature frequently in addition to the repeated stabbings) and a wide range of characters and plot threads from the previous films. Perhaps the real surprise is that there’s anyone left in Haddonfield after Myers 40 year slaughter spree though frankly, as the mob can’t seem to locate him in such a small town, there’s a certain sense of Darwinism about it. With Myers being an equal opportunities psycho no one is spared – male/female, young/old, black/ white, straight or gay everyone is fair game with as much chance of escaping as Alison Hammond in a turnstile. Halloween Kills adheres to the hint of the supernatural from the 1978 original and as has been seen numerous times before both Myers and the franchise now seem unstoppable.