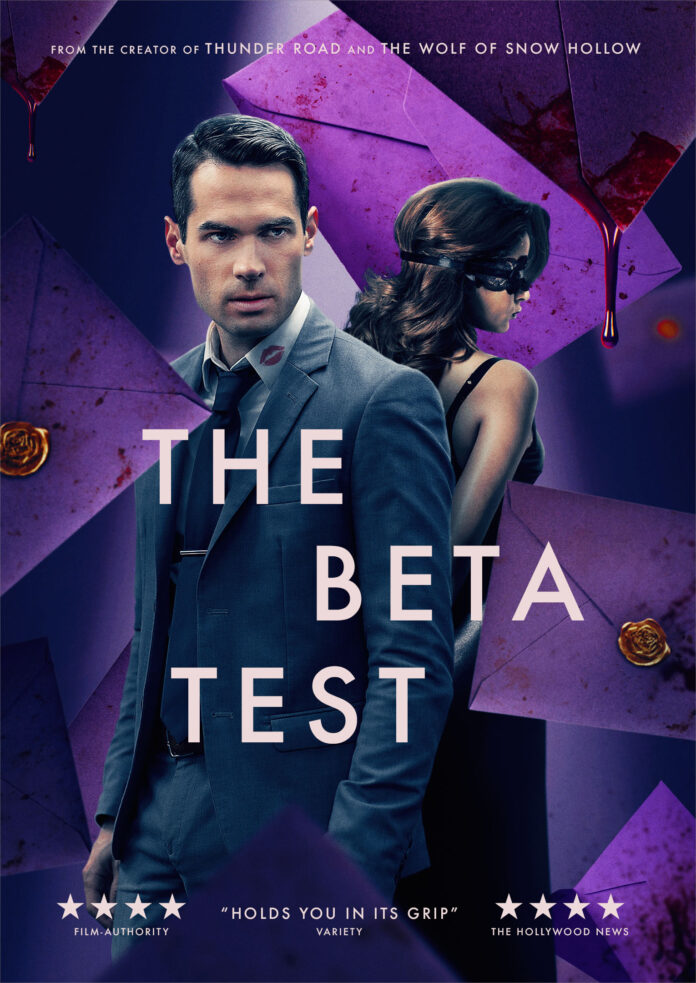 Our Editor never tires of telling us what a good lover he is, able to make his wife scream ….especially when he walks in on her. But in The Beta Test infidelity is what instigates problem for mid level Hollywood agent Jordan Hines (Jim Cummings) starting with an anonymous invite he receives for an illicit sexual rendezvous along with a check list of specialized ‘interests’. Vain glorious and arrogant he can’t resist despite the fact that he is weeks away from getting married.

For his fiance he’s not the man she thinks he is. Hines is everyone’s friend yet in reality he likes no one. His career is one long pretence – he promises potential clients he’ll get them the deal of their lives, the fake laugh at his clients weak jokes, he frequently pretends to be a cop and yet every so often the real Hines appears berating his office underlings, facing off to strangers in the street and regarding his fiancé as someone who he can order around putting you in mind of the agent played by Kevin Spacey in 1994’s Swimming with Sharks.

In his mind he is the Master of the Universe but the reality is he is a stone cold sociopath. Unable to resist goes through with the liaison, naked and blindfolded in a hotel room. For anyone the temptation to take a peek would surely be overwhelming – no one wants to end up trapped in a hotel room with Gemma Collins in a string bikini. But for Hines it’s exciting as he repeats over and over in an excellent  montage immediately after the event.

But any hope of repeating it ends immediately. No more envelopes and it starts to consume pretty quickly impacting on his ever worsening behaviour as he tries to find out if he is being set up, who the woman in the hotel room was and will his fiancé find out as the wedding draws nearer. It consumes him with his behaviour spiralling out of control and there’s something of the manic hysteria of Jim Carrey about actor Jim Cummings who stars, co-writes and co-directs with PJ McCabe who plays his business partner and who might be in on it too…..but to Hines paranoia overtakes him, anybody could be. 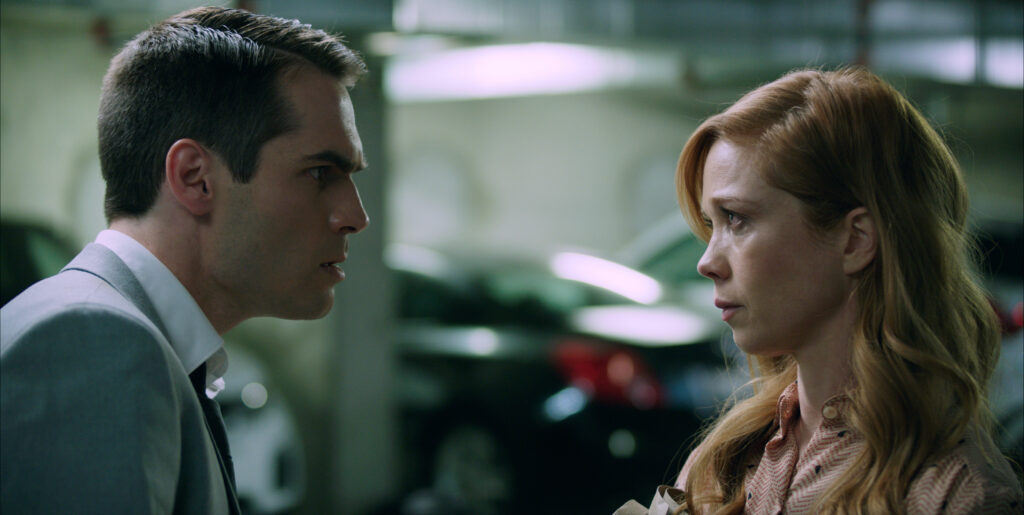 Cummings came to light with his 2018 feature film Thunder Road about a cop mentally disintegrating as he goes through a divorce and here his character goes through a similar mental breakdown but his Hollywood agent is utterly unsympathetic. There’s a feeling that there is a heartfelt hatred of those agents who arrange ‘deals’ and packages yet as one client tells him he’s a dying breed with little point to his existence. There must be many actors who might be cheering inwardly at the scene. Jordan Hines is the sort of role played so well  by Michael Douglas in his 80’s – 90’s heyday in films such as Fatal Attraction and Disclosure- characters who are destroyed by their own seemingly uncontrollable sexual urges

With The Beta Test Cummings & McCabe have written a blistering attack on Hollywood and a script that must have held a certain degree of anxiety for their own agents. It’s a story packed full of ideas and that is partly the issue as there is just so much in here: infidelity, identity, consumerism and the nightmare that the internet leaves a digital footprint wherever you go with nowhere to hide but Cummings, as ever, is riveting in the role