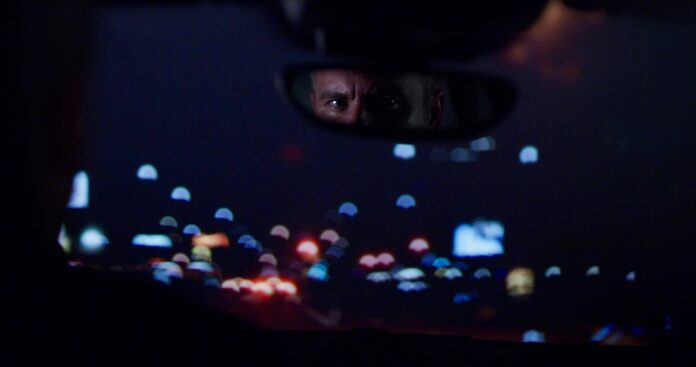 The nightmare taxi fare has become something of a favourite of cinema probably best seen in Collateral and the mysterious contents of a suitcase is another with Pulp Fiction being most notable and Night Drive combines them both to entertaining effect. Mid life crisis Russell (A.J. Bowen), having been paid off for his share of a now highly successful app has bought himself a white Porsche but that’s about as good as it got as he is now using it as an uber cab where he picks up Charlotte (Sophie Dalah). 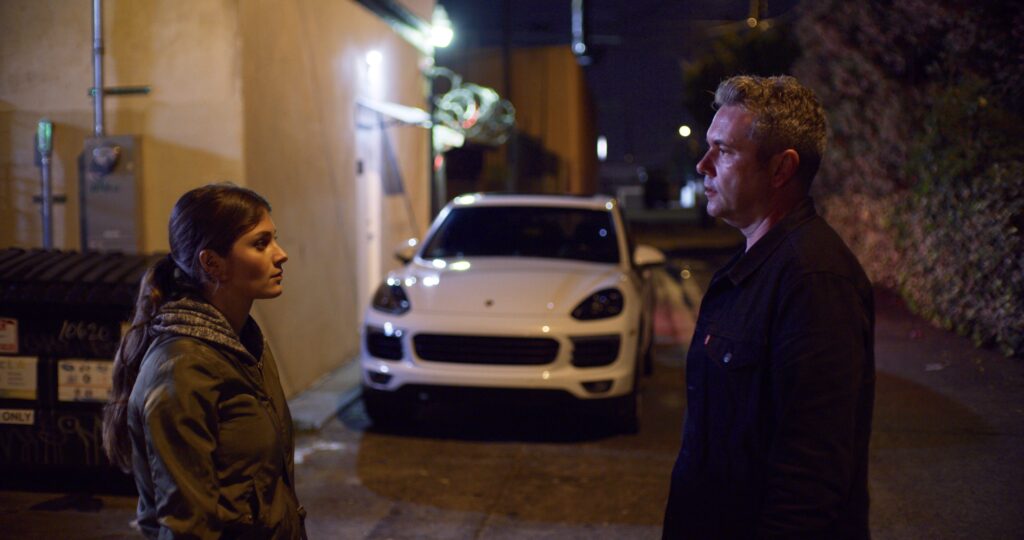 She has hall the making is the taxi fare from Hell after fleeing her now ex-boyfriend with a suitcase. In turn flirty and playfully antagonistic she gently teases Russell until things take a dark turn when they are car jacked for the suitcase and vehicle and it’s not long afterwards that she ends up killing a stranger.  Set days before Christmas , Night Drive is not your usual festive film. Charlotte’s  initial easy go lucky self belies an apparent pychtoc underneath which makes Russell understandably nervous and anxious yet the key to all this is the contents of the suitcase in a bizarrely barmy plot twist that explains Charlotte’s wilfully brutal actions.  Written by Meghan Leon and co-directed with Brad Baruh there’s much to enjoy in this breezy 80 minute quirky Christmas caper. 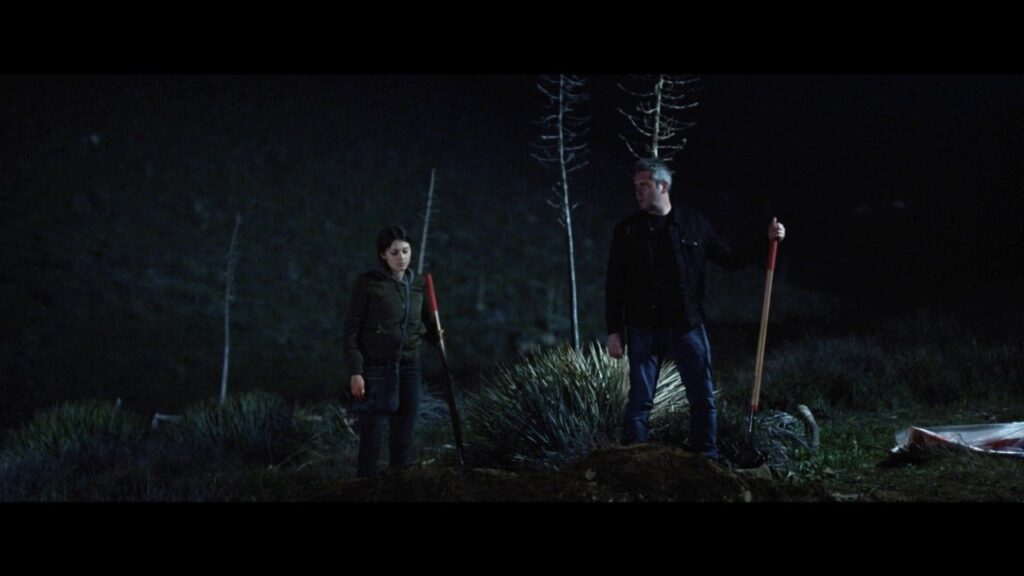 We chatted with writer- director Meghan Leon about the film as well as her work as an Editor on The Mandalorian TV series……..