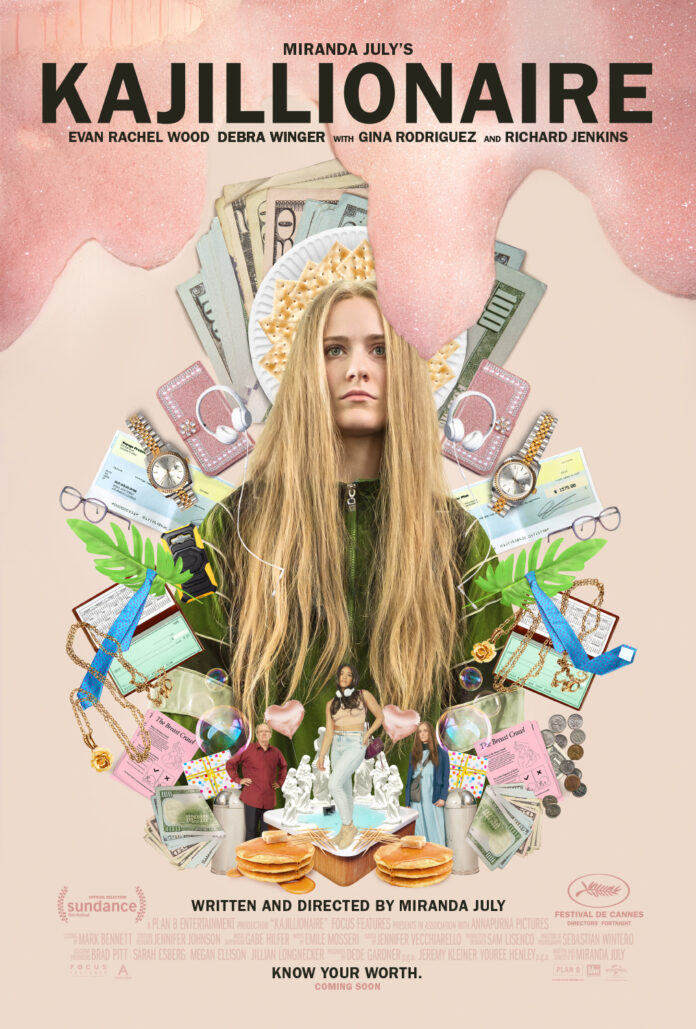 For lottery fans being a Kajillionaire is the dream whereas the reality is that a scratch card turns every player almost instantly into a litter lout. The family in Kajlliionaire, Robert (Richard Jenkins), Theresa (Debra Winger) and their daughter Old Dolio (Evan Rachel Wood) are never going to be in that income bracket. They are low rent grifters struggling to scam their way into enough money to scrape by and pay their long overdue rent for the disused office they call home. Those scams are first seen with them pretending to wait for a bus outside a post office depot  as Old Dolio carries out a comic bit of military manoeuvre to execute  out what turns out to be little more than low level thievery as she steals a package in the hope it’s something valuable.

The family are living an almost hand to mouth existence  and its Old Dolio who comes up with an airline luggage scam that will enable them to pay off their overdue rent and it would have gone unnoticed too if Robert hadn’t ended up sitting in the plane next to Melanie (Gina Rodriguez ) a happy go lucky girl who soon rumbles what they are doing and joins them on another heist that’s planned. But these are terrible parents especially mother Teresa who is wilfully ignorant  to what her daughter really wants and that is a bond with her mother which is instigated when Old Dolio attends a parenting class which unlocks suppressed longing for a normal family relationship. It’s all encapsulated in a couple of scenes firstly in a role play scenario at the parenting class after a crassly insensitive remark by her own mother and then where she wants her mother to call her ‘Hon(ey)’ and her mother just can’t bring herself to say it. It’s a hammer blow that serves only to underline what a deeply dysfunctional family she is in. 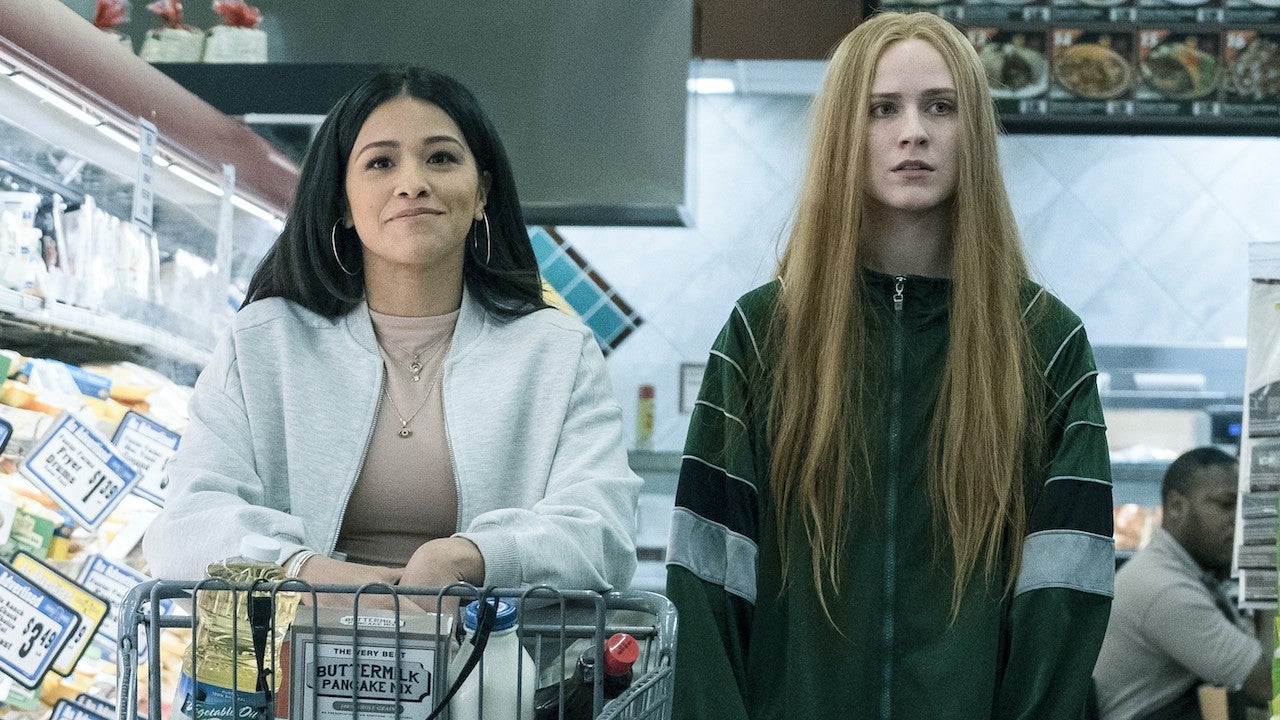 Kajillionaire is independent writer – director Miranda July’s first film in six years and though the film moves away from what starts off as a film about low level con artists to becoming a human drama and she’s assembled a killer cast. Richard Jenkins, nearly always a supporting actor and always great, could have more screen time. Debra Winger is good too in a slightly underwritten role but this is Evan Rachel Woods film and she proves that she is one of the best independent film actresses around. In real life a naturally attractive woman here she transforms herself into a gauche, gawky, hunch shouldered, lank haired teen looking like something that has crawled out of a well in The Ring. Gina Rodriguez, who has something of a Meghan Markle look who could also have played the role as the character in the film as coincidentally she is also on the make too. And the film has several idiosyncratic minor roles  that add to the films indy quality and a quirky killer cast that builds to a satisfying end. 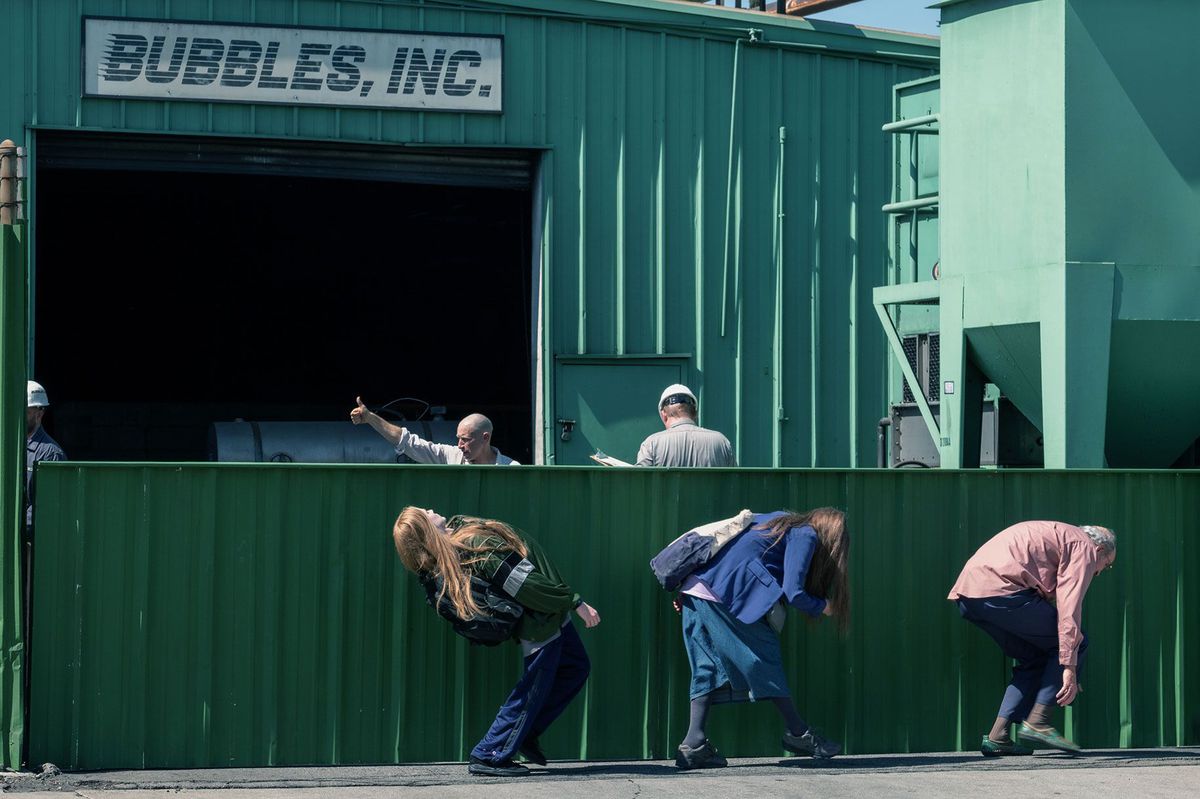