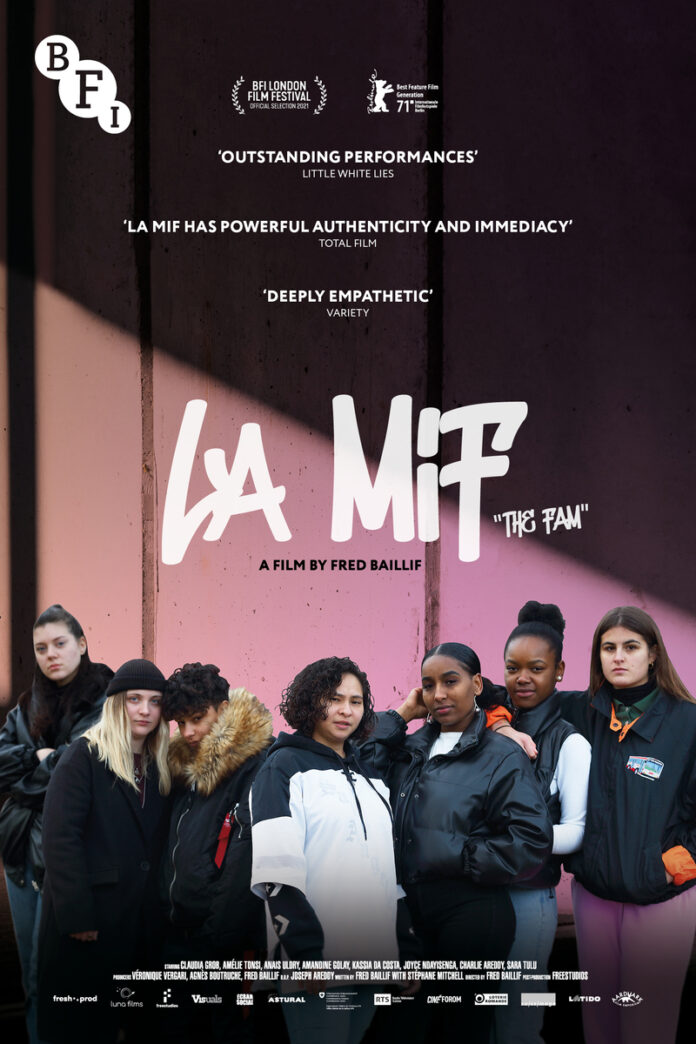 La Mif (French slang for family apparently – knew that O level in French would come in handy someday!) focuses on a group of at risk teenage girls taken into a residential care home. Like any class room it’s a hot bed of different personalities but the confines of living together in the care home makes it something of a pressure cooker.

It takes a special type of person to oversee and care for such young people and manager Lora (Kassia Da Costa) is something of a mother figure to them all with some needing more care than others notably the seething Novinha and the potty mouthed Alison. But after an incident in the home is revealed it Lora’s own position in jeopardy. Writer director Fred Baillif breaks his film down into chapters for each of the girls whose back story feeds into the main narrative. For many sexual abuse is at the core of their reason for ending up in the home and some of the social workers have their own issues too.

Bailiff has cast non-professionals in the roles of the girls which brings it an aura of authenticity to the his own years of research to the film with several desperately sad scenes as some of the girls attempt to reconnect with their mothers. Perhaps the most dispiriting is one of the girls sitting with her mother having a meal in silence as her mother scrolls through social media on her phone. The silence is deafening when she is crying out for love.

The recent Brit film ‘Rocks’ dealt with similar subject matter to excellent effect and some may also see a parallel with Larry Clarks controversial 1995 film ‘Kids’. La Mif is as powerful and as it is damning of a system that struggles to care for teens damaged through circumstance that is of no fault of their own in a failed society.

Here’s the trailer for La Mif…….