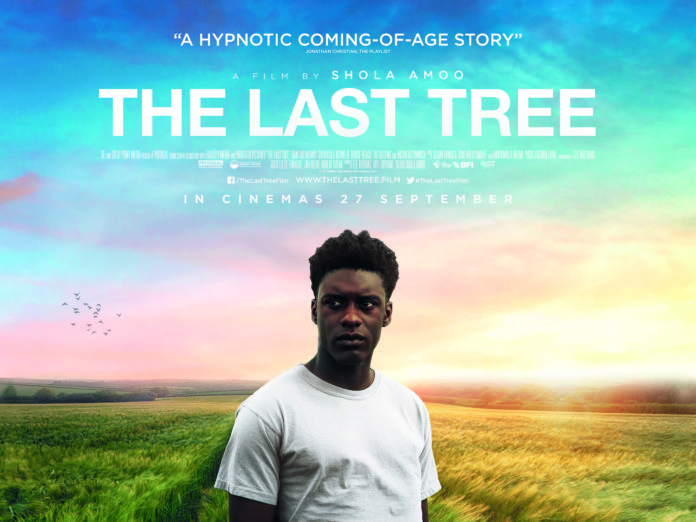 Some kids have a hard time growing up none more so than myself when I was baby I was given a rattle only to find that there was a snake at the other end. Femi (Tai Golding) is a Nigerian boy foster by Mary (Denise Black) and living in rural Lincolnshire. It’s never made clear why he is in foster care but he’s clearly happy and cared for by a loving foster mother. So it’s a bombshell to him that his Nigerian mother turns up out of the blue to take him back to the beautiful idyll that is a squalid housing estate in London which presumably has the last tree on the borough.

Denise Black ( ex-Coronation Street ) is great as his foster mum raising him in a stable environment and it’s as difficult for her as it is for Femi to part ways and Ati Golding is equally good in the role as the young boy sitting the his biological mothers council flat isolated, alone and frightened and pining for his foster mother.

Written and directed by Shola Amoo the film moves on to Femi as a teenager  (Sam Adewunmi) having evolved from a care free innocent child to a surly lad now involved with a gang and a turf war over drugs. It seems almost inevitable how this will end and The Last Tree examines how important environment is to a child’s development. Furious with his birth mother for taking him away from Lincoln, indifferent to his heritage and estranged from his father now living abroad until his mother takes Femi to see him.

There might be complaints about ‘white saviour’ syndrome with its presentation of his foster mother giving him an opportunity to have a decent life that his birth mother fails to provide but that would be unfair as the film is keen to emphasize that children become a product of their environment and social conditioning. As a coming of age story it is one of several films such as the forthcoming ‘Blue Story‘ dealing with black youth issues in inner London. The Last Tree is a little overlong but beautifully photographed and both actors who play Femi are very good in what is a thought provoking film

Here’s the trailer for The Last Tree……..