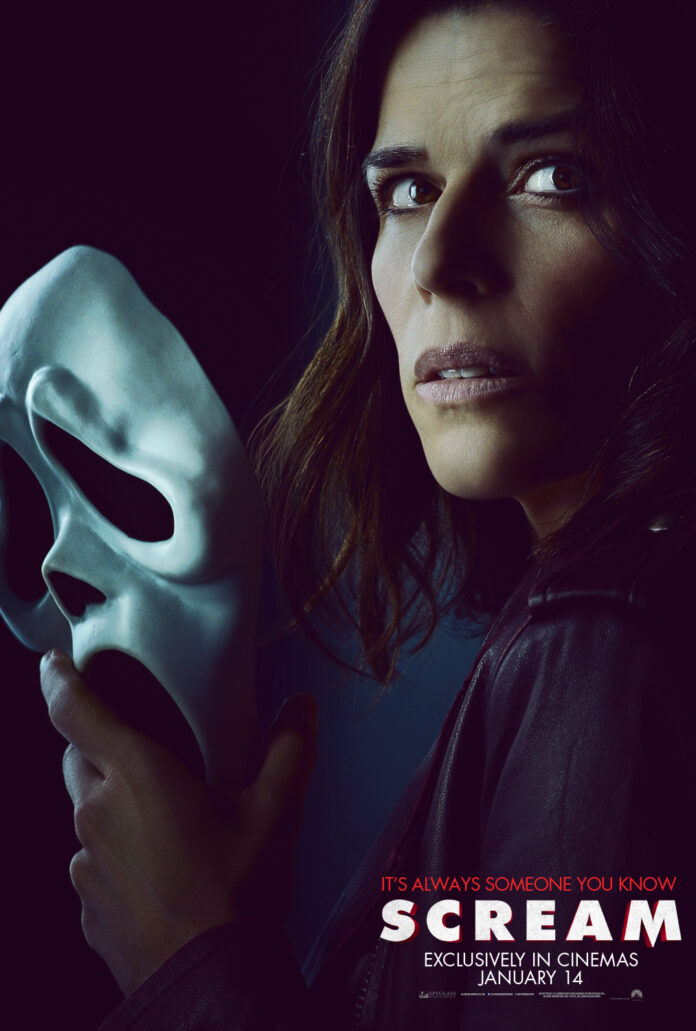 25 years after the first film changed the horror genre we now have a fifth film in the franchise about to be released on January 14th 2022 and  here are the first Scream posters  with the three main characters who have appeared in all films. 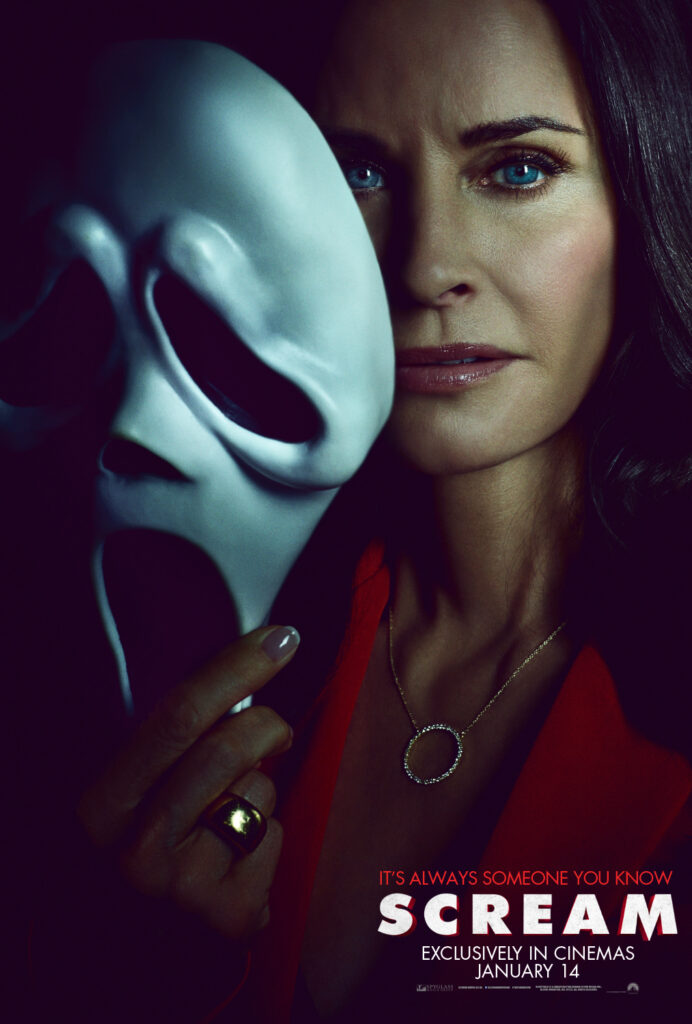 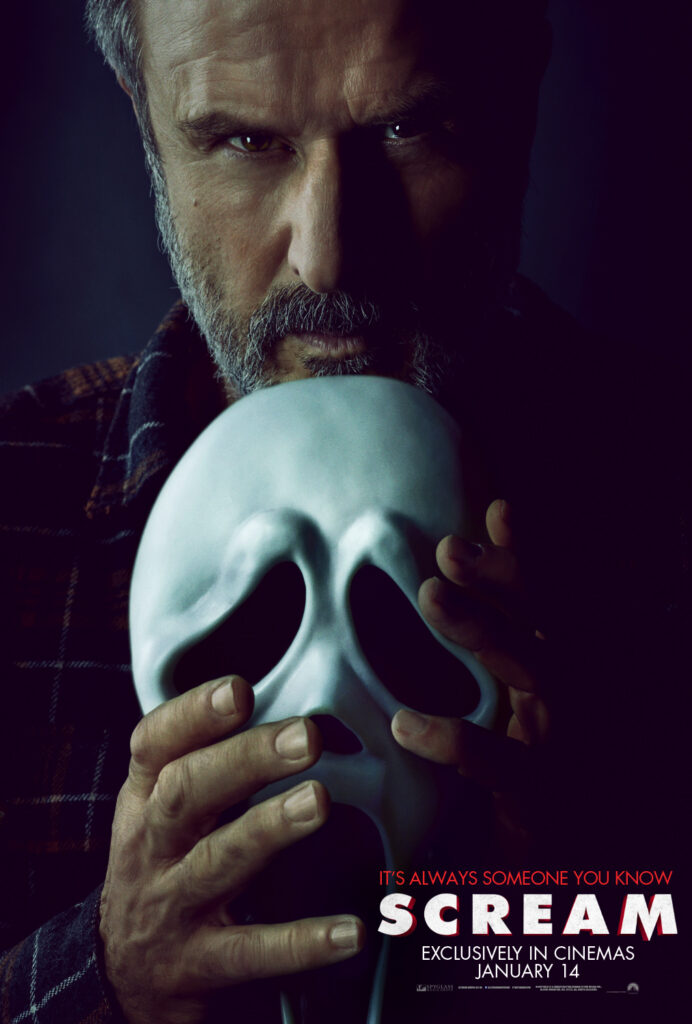 The film is directed by Matt Bettinelli-Olpin and Tyler Gillett who helmed ‘Ready or Not‘ (read our review HERE).

For the Scream trailer……Click HERE