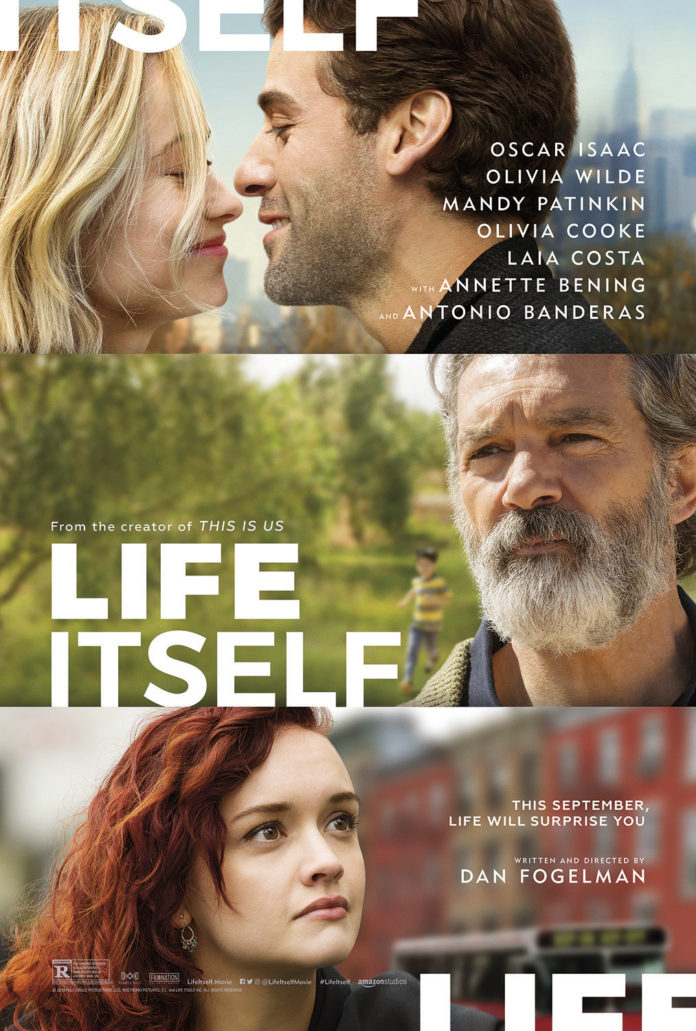 Quite who the film makers hoped would be attracted by a title as pretentiously profound as Life Itself is not clear but it didn’t stop respected writer and now director Dan Fogelman from titling his film as such. So he burdens himself with expectations that the very meaning of life itself (see what we did there?) will be answered. Audiences are in for disappointment

But it doesn’t start off like that with a voiceover from Samuel L Jackson jive talking his way through what is labelled as the First Chapter and the imminent accident that is awaiting someone on the street. It’s a bit self indulgent but with Jackson dispensed with early on it settles down to the story of Will (Oscar Issac) and his girlfriend and takes in homages to Annie Hall with characters coming out of scene as they review the decisions that their characters are about to make. But the self indulgence soon becomes an uneasy mix of laughs with Will developing mental health issues which are far from funny resulting in a shocking end that comes out of nowhere and leaves you reeling.

It’s the beginning of a downward spiral of increasingly depressing stories and is a taste of things to come as the second chapter of a child being bought up by her grandfather  is almost unbearably sad and it’s from that the recurring song, ‘Make you feel my love’  which for many is an Adele tearjerker whereas it’s originally an unexpected and understated Bob Dylan classic. It sucks you into the films increasing gloom. Either way by now the tone of Life itself is resolutely and determinedly downbeat as Chapter Three kicks off with a Johnny Depp lookee-likee pining after a local waitress who he eventually marries and live on the olive estate of Antonio Banderas. It’s the less contrived of the chapters but each films chapters end badly for everyone and that includes the audience but one ending opens another new chapter and on that basis the film, like Life itself, can go on and on and on. 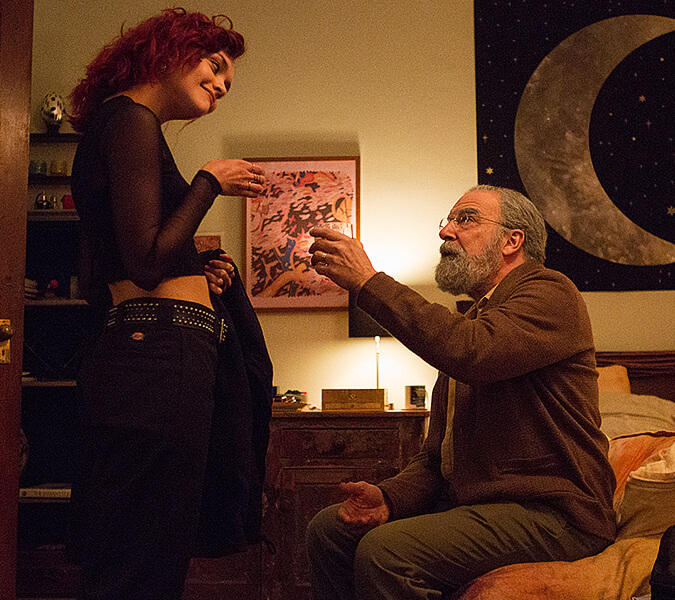 Dan Fogelman’s film has been on the receiving end of a lot of negative criticism somewhat unfairly because whilst it’s not a bad film at all its without doubt one of the most depressing films we have ever,  EVER seen. It would probably explain why this was one of last year’s worst performing films making less than $6m hardly what you’d expect for a film with cast that also includes Annette Bening, Olivia Wilde, Mandy Patinkin and Olivia Cooke. Light relief disappears very early on and Life itself becomes a series of unrelenting downbeat endings so profound that it leaves you evaluating your own life – Every wrong turn you’ve made, every opportunity you’ve missed, every pondering of what could have been leaves an audience re-evaluating their own life. So whilst films can leave you uplifted, or be provocative or thought provoking or even induce a tear Life Itself is an utterly depressing viewing experience which has the very real potential of pushing anyone feeling even a little bit down into suicidal thoughts. So it’s for for that reason the only person we urge to see the film is Amanda Holden, for the rest of us…….well this is not the way to start a New Year!

Here’s the trailer for Life Itself…….