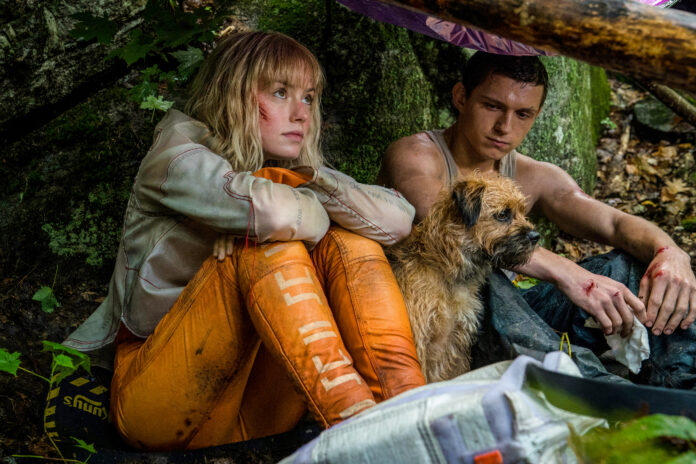 The Noise is a man’s thoughts unfiltered, and without a filter a man is just…Chaos Walking…..so how did the effects team go about making The Noise?

The filmmakers and their department heads bring to the screen one of the film’s most original and striking elements: The Noise. In the year 2257 A.D., on a distant planet known as New World, the male settlers are bombarded every second of every day with each other’s thoughts, in the form of an unrelenting cacophony of sounds, called The Noise. It drove the men insane because women could also hear and see their thoughts, while the women’s remained hidden. After the women were killed off, purportedly by the planet’s indigenous species, the men remain haunted, if not tortured, by the endless barrage of their thoughts come to life.

According to author and co-screenwriter Patrick Ness, the architect of this incredible and foreboding world through his acclaimed trilogy of books, “The Noise is everything you think, fantasize about, wish for, and believe in. It’s the human mind, completely unedited. The disparity between the sexes, which was triggered by The Noise, makes up so much of the history of New World. It’s ever-present – and an intense part of the experience of Patrick Ness’ celebrated first book in his Chaos Walking trilogy, The Knife of Never Letting Go, was published in 2008, and immediately drew attention for its central conceit – an inventive extrapolation of our world under siege from information overload. “It felt like we were already loud, especially if you’re a sensitive soul,” says the author, who also penned the best-selling novel A Monster Calls, as well as its film adaptation. “We now use technology and media to shout at each other and at the world. So, I thought, what if the next logical step was that you couldn’t get away from the shouting. It’s a terrifying idea because the brain is a messy place and The Noise is the living, breathing face of that mess.

The Noise is one of the most fascinating and singular aspects of the books and, now, the film, and was one of several key elements that drew filmmaker Doug Liman to the project. Having reinvented the action movie with The Bourne Identity and turned what could have been a familiar science fiction trope into the original and dazzling film Edge of Tomorrow, Liman embraced the fact that The Noise gave him so much to play with in bringing to life the phenomenon’s unique terrors, from which no character can hide their truth. For the cast and Liman, it was imperative to consider – and reconsider – how a scene played out and how the characters would react to each other’s Noise, and how much of that manifestation would play out solely through sound, or a combination of audio and imagery.

Visual effects on-set supervisor Jeff White, who has twice been Oscar®- nominated for Best Visual Effects (Marvel’s The Avengers, 2012) and winner of an Academy Award® Scientific and Technical Award, notes that the key to creating the cinematic vision of The Noise was “finding the balance between something that’s purely abstract, where we’re representing the characters’ emotions through color, line work, and movement; and conveying important story elements through The Noise. The audience will experience what’s happening in the characters’ heads. We wanted them to understand, right away, the importance of The Noise and what it was revealing about New World. The Noise becomes a part of that world; it becomes a physical thing. Each character’s noise is unique.” 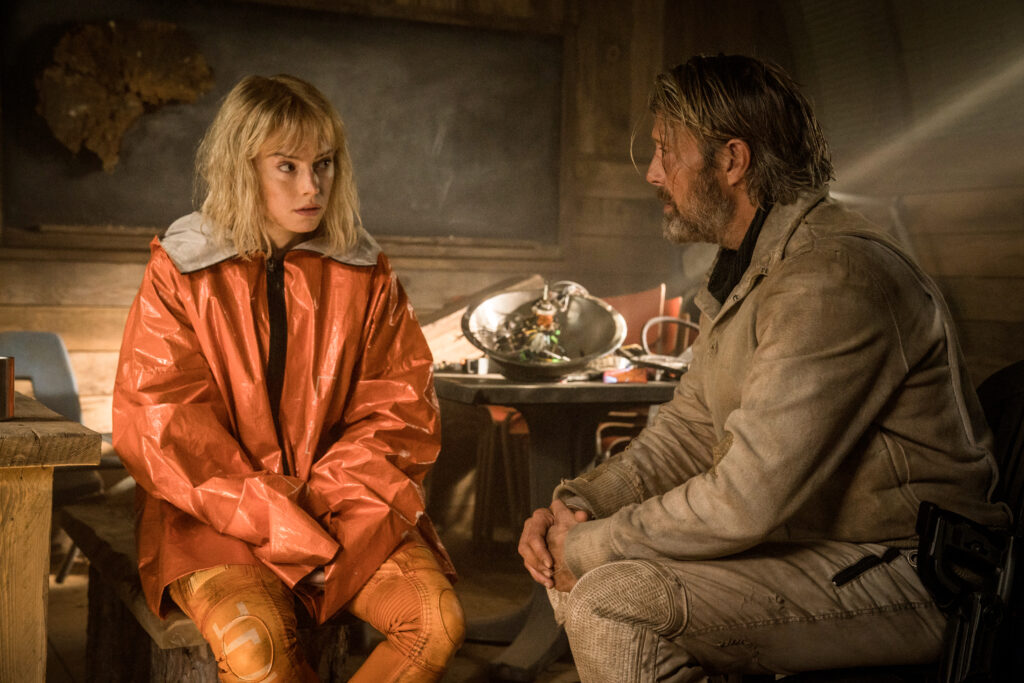 White devised some initial and intriguing concepts for the phenomenon, but it was visual effects supervisor Matt Johnson who came up with the final iteration of The Noise. Early on, Johnson says he “riffed on the idea of noise pollution and of ‘stuff’ in the air. We wanted The Noise to feel organic and not like magic or pixie dust in the sky. The Noise is very much a by-product of New World.” Johnson was inspired by simple but relatable things like the sheen of water vapour emitted by lawn sprinkling systems. “It’s very much in line with the film’s earthy style,” he observes. Johnson divided the types of Noise into what he calls different “levels” and always considered the fact that whenever the characters had powerful thoughts, “the audience needed to see them. The effect was triggered by previously recorded audio of the actors recording their thoughts. We analyzed the sounds’ peaks and troughs, and loud percussive dialogue was reflected in the respective imagery of The Noise.” Todd’s signature Noise, says Johnson, “can be powerful and realistic because he was born of the planet and of The Noise. For example, when he conjures up a snake.” In addition, Todd has a kind of Noise mantra, in which he repeats his name over and over again as a way of hiding his secrets from others. But some of his deepest thoughts and yearnings, especially those about his new companion, Viola resist even a seasoned Noise practitioner’s control. This points to what Johnson terms The Noise’s “final” level – when images of people or animals appear.

Another major character, Mayor Prentiss uses his Noise “like a Zen master,” describes Johnson. “He has mastered his thoughts.” Like Todd, he has a mantra, “I am the circle; the circle is me,” to hide his innermost thoughts. “He doesn’t want people to know what he’s thinking, so we created a Noise imagery for him of an ethereal blue spiral, as if he were meditating.” 5 The figure of Preacher is all about fire and brimstone, so his Noise needed to frighten the other characters – and the audience. “His Noise is a swarming, flaming mass that would flare and recede around him, and give a violent feeling,” says Johnson, who admits this was his favorite Noise to devise.

The Noise is a plot device unlike anything seen in film before and you can read our review of Chaos Walking HERE…..

Chaos Walking is available for premium rental at home on all digital platforms from 2nd April.

Crimes of the Future – TRAILER