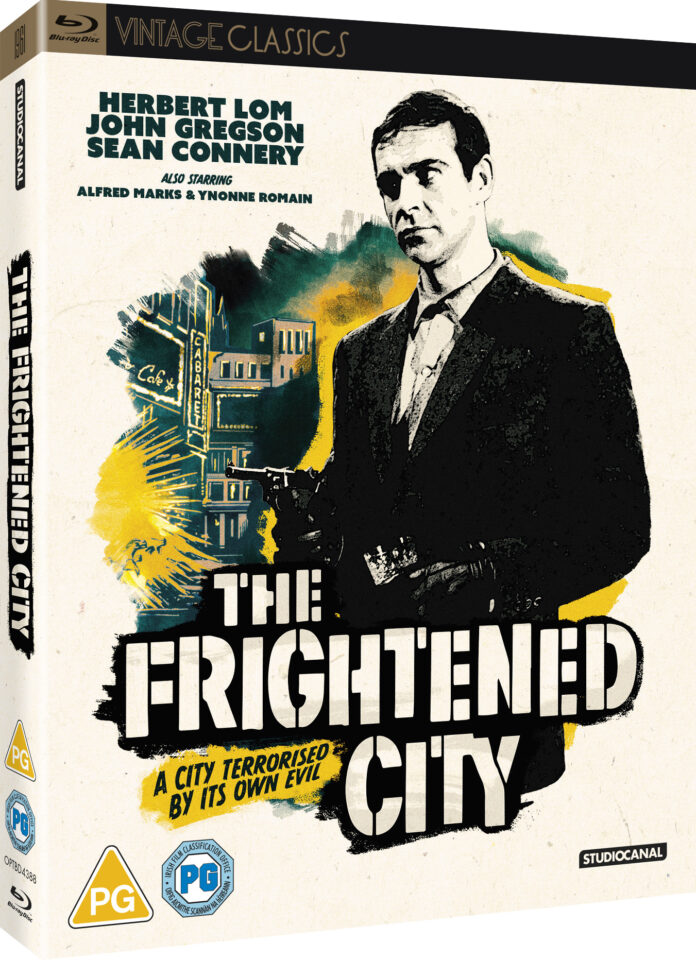 With the passing of Sean Connery in 2020 there’s an understandable interest in his body of work. Beyond the obvious Bond films it’s his earlier work that is of particular interest and the two stand out films are 1957’s ‘Hell Drivers’ but also 1961’s The Frightened City and it is that latter film that really put him in the frame to play the super spy which followed the year after.  Connery had been in a number of TV series and the occasional film but The Frightened City was that rare thing, a British noir film set in London at a time when gangs were on the rise, strong arming their way into an increasingly sleazy Soho and police corruption was not unknown. That the films ‘technical advisor‘ was retired flying squad Detective Inspector Sidney Careless helped the films authenticity which was surprisingly brutal for an audience more used to the cosy reassurance of Dixon of Dock Green. 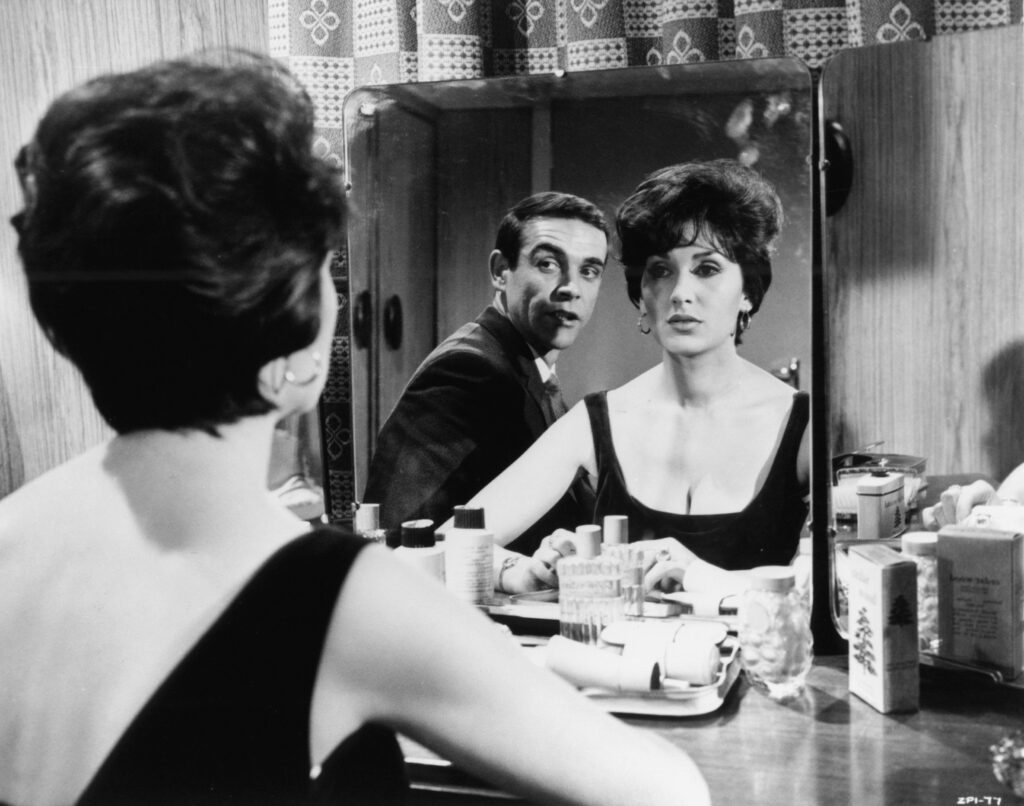 Harry Foulcher (Alfred Marks) is a night club impresario running a protection racket across the West End but it’s ruthless accountant Waldo Zhernikov (Herbert Lom) who sees a lucrative opportunity to get the gang leaders to join forces under his control but fronted by suave but tough burglar Paddy Damion (Connery). Reluctant at first Paddy agrees so as to support his burgling buddy who was injured on a job they did. But with several of the bosses not wanting to play ball Zhernikov decides to raise the game and the violence bringing it to the attention of the press, public and the unorthodox DI Sayers (John Gregson) whose methods will endanger the burgeoning criminal empire. 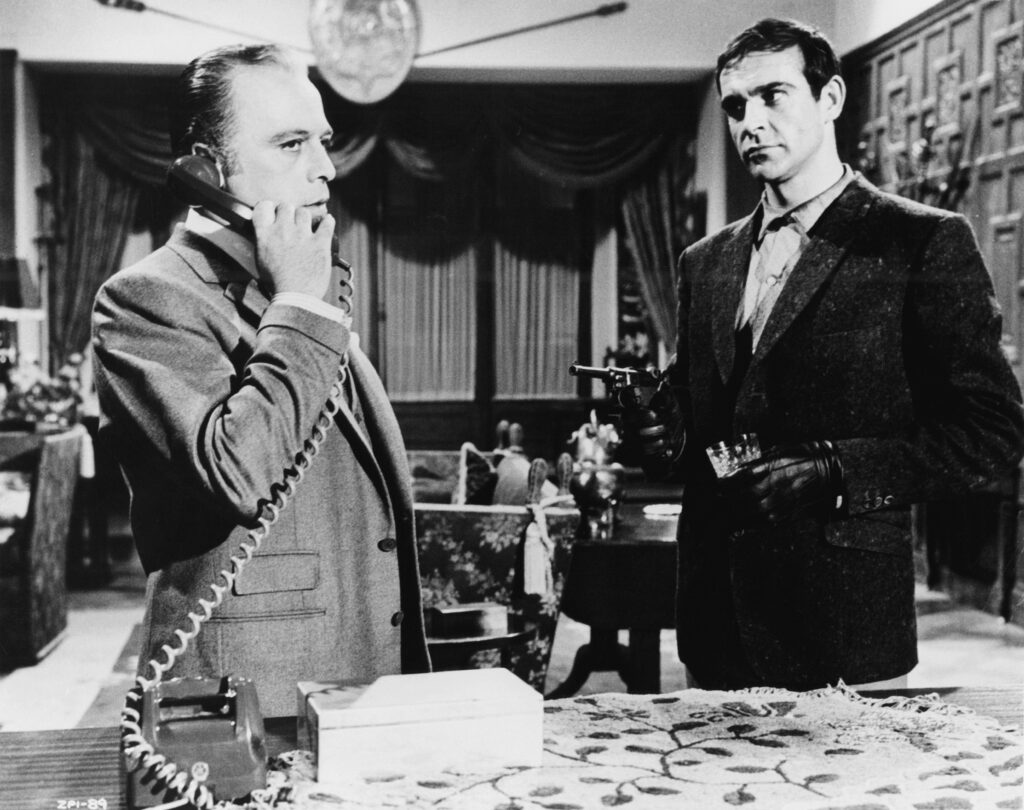 Don’t be put off by this being a black & white film and though long forgotten The Frightened City is a great little film and became the second biggest earning British film of the year behind the classic The Guns of Navarone. It’s easy to see why Connery was on the radar of the Bond producers – his acting was improving and he had a screen presence helped by having taken ‘movement lessons’ that saw him confidently prowl around the film. He was third billed in the film even though he is really the lead and sharing the screen was Herbert Lom who had made a mark in the timeless Ealing comedy ‘The Ladykillers‘ but had also co-starred in ‘Hell Drivers’ with Connery but ultimately would be forever remembered for his role as Chief Inspector Dreyfuss in the Pink Panther films driven insane by Peter Sellers blithering idiot Clouseau. Unusually Alfred Marks, who had made his name as a comic and knew London’s nightclub scene well, was cast as a heavy for the first time. Economically directed by John Lemont this would be his last feature film having only helmed four films previously after a handful of TV series. 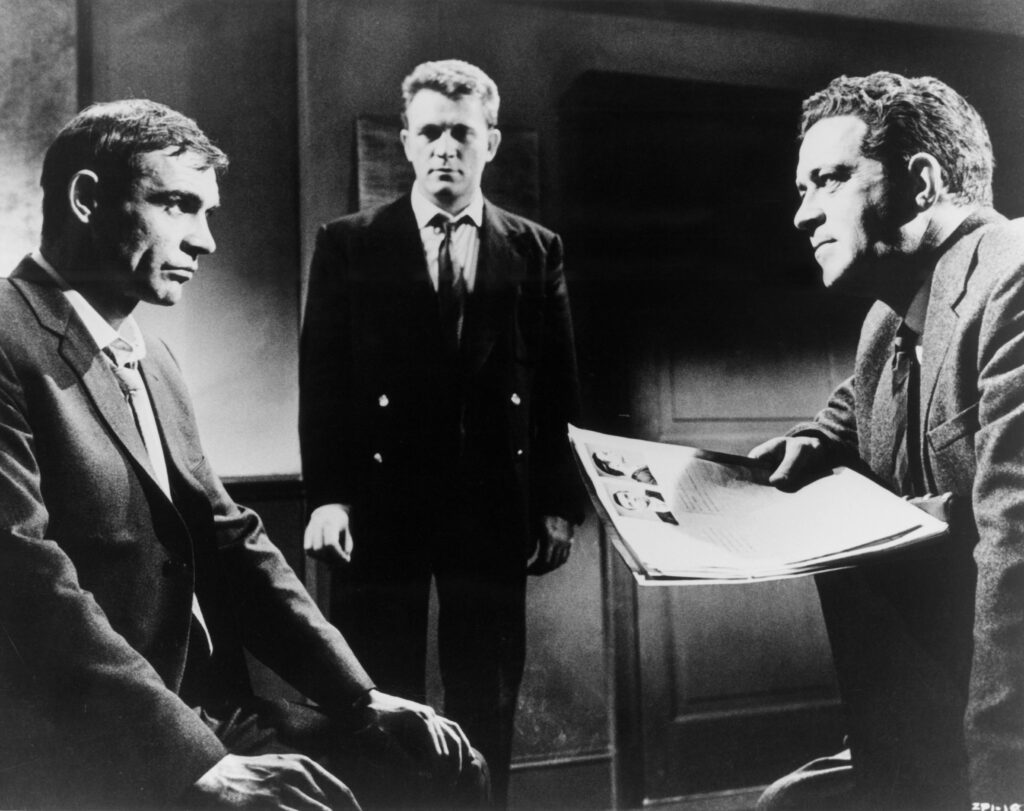 Part of the Vintage Classics collection The Frightened City disc is thin on bonus features with only a featurette with film historian Matthew Sweet who though he dresses in a manner befitting of a children’s TV presenter gives an informative glimpse about the personnel  behind the film. The Frightened City is well worth a look before Bond mania took over the public perception of Connery.

Here’s a clip from The Frightened City…….

THE FRIGHTENED CITY IS RELEASED ON BLU-RAY, DVD AND DIGITAL DOWNLOAD ON APRIL 12 2021