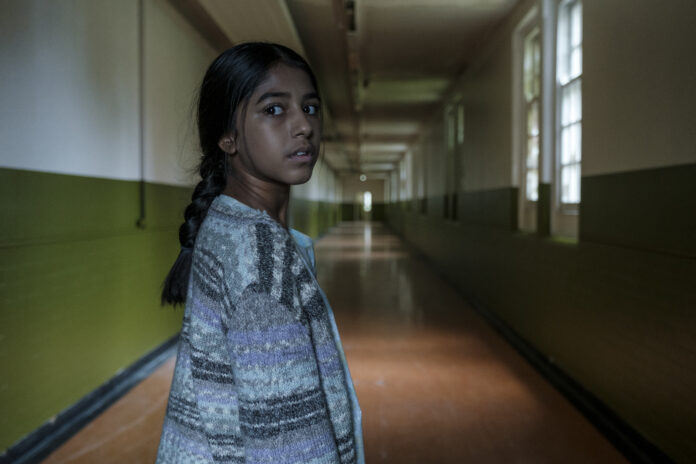 So first up we’ve got to say a huge thanks to all the NHS ICU staff whose work in the past year throughout the pandemic is both astonishing and brave. We’re not quite so mad about the other wards whose staff seemed to spend their time choreographing dance routines to ‘I Will Survive’ for Tik-Tok videos. But those same staff might not have been quite so show tune crazy had they been working on the wards featured in the 1974 set creep fest The Power. Set in a socially deprived part of London it sees trainee nurse Val (Rose Williams) being interviewed by a no nonsense matron making it quite clear that there’s a power rank with the Doctor’s  at the top and not to be spoken to by someone in Val’s lowly position. 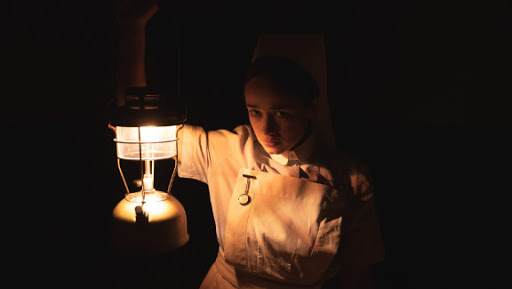 Timid but keen to be a success Val shows great empathy with the children whose ward she works especially with a young Asian girl Saba who keeps trying to run away from the ward and not because she’s  heard about a ward visit by Jimmy Saville.  With Val having irked the matron by speaking to a friendly Dr she finds herself working a night shift, though as the hospital is being cleared of patients to another hospital there’s only the ante natal and intensive care wards that are left to care for. It’s due to this being January 1974 a time when there were night power cuts that leaves the hospital in darkness. It’s a clever set-up by writer- director Corinna Faith leaving a large empty building in shadows to ramp up the scares. So with the power cut, the lights are out and no one is in – a description often used for Dianne Abbott – Val finds herself alone with only a skeleton staff of three other nurses, a caretaker with an office wall of pictures of the nurses and a ghostly presence that starts to stalk her through the darkened building as the back story is gradually revealed. 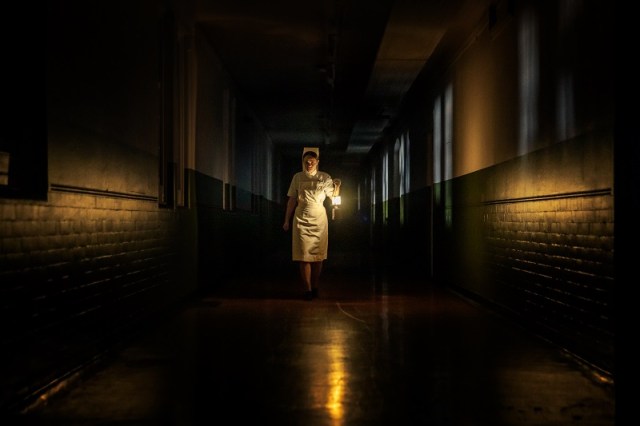 At the centre is a neat little performance from Rose Williams especially in one particularly physically gruelling scene that sees her limbs uncontrollably jerking and popping the likes of which we’ve not seen since our Editors first dance at his wedding (‘You’re fired!’ – Ed). With a decent premise to see such characters in a ominous hospital building director Corinna Faith and her DoP have put together an eerily atmospheric early 70’s vibe ramped up further by a great score with some neat editing flourishes. Though the jeopardy of the babies in the ante natal ward give the film an anxious edge as the scares escalate there’s potential for some James Wan Insidious style scares but the film never quite pulls off the chills.

THE POWER is STREAMING EXCLUSIVELY ON SHUDDER from 8th APRIL 2021