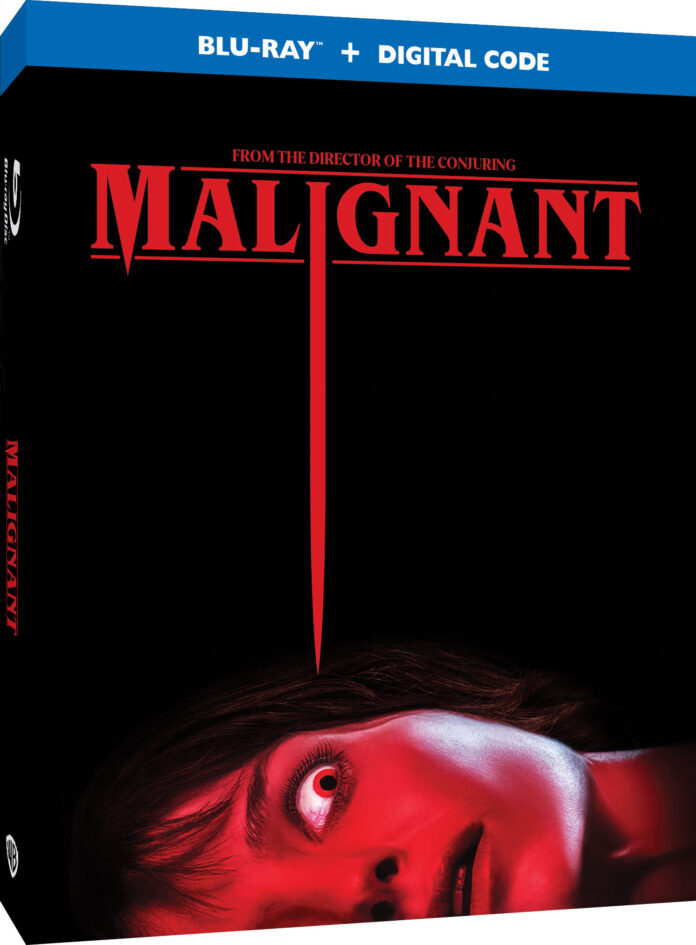 For a man of such diminutive stature director James Wan has made some enormously successful films and it was 2004’s ‘Saw’ that really launched his career in horror with the $1m budgeted film eventually earning $103m. An annual Halloween release dated franchise was launched and he went on to solidify his reputation in the genre with two further franchise launching films Insidious (2010) and The Conjuring (2013). His ability to draw scares out of shadows and cleverly framed shots revealing spine tingling scares was unparalleled in modern day studio financed horror and he returned to it with 2021’s Malignant. 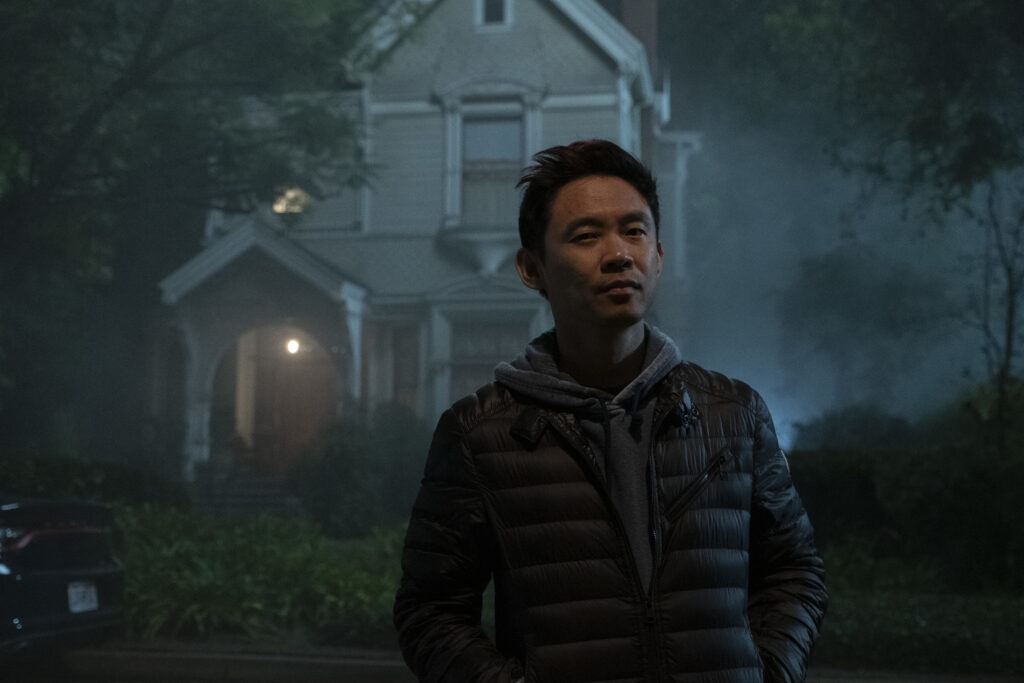 Co writing with Ingrid Bisu and Akela Cooper the film features Madison (Annabelle Wallis) pregnant but trapped in a violent relationship but after a shocking night of violence she finds herself paralyzed by horrifying visions of grisly murders.  It only gets worse for Madison when she discovers that what she thought were dreams are actually a reality as the bodies start to stack up and the police start to suspect that she is the one responsible.

Malignant was a return to his favourite genre having gone off and made a couple of billion dollar blockbusters with Fast & Furious 7 and Aquaman which had made $1.5b and  $1.1b respectively and the studio were only too happy to finance his pet project which saw him return to low budget independent style horror. His film has all his usual trademarks – cleverly framed shots where shadowy figures would be revealed, , stylish camera work (here it’s an overhead God’s eye view of Madison’s house as she runs through the rooms and upstairs) as well as a villain with franchise potential as he showed with Annabelle  and The Nun

The film’s release had been delayed due to covid and had a muted theatrical release with audiences still not at their peak attendance and the film unusually was not shown to the press – usually a bad sign but here it was to protect what was an unusual twist.

Part horror, part crime thriller the film did moderate business and is now on DVD, Blu ray & UHD with a good picture transfer with Wan’s scares working as well on a large home TV screen as they did in the cinema. Disappointingly there’s scant bonus features here with only a featurette offering a glimpse behind the scenes and James Wan talking about several of the scenes and that twist. We’ve interviewed James Wan a couple of times in the past and there’s a boyish enthusiasm about him which is well suited to a commentary but unfortunately the disc misses a director’s commentary. Fans of James Wan may regard Malignant as a lesser work in his catalogue of horror films but this is well worth a look and shows that when it comes to horror he’s still got it.