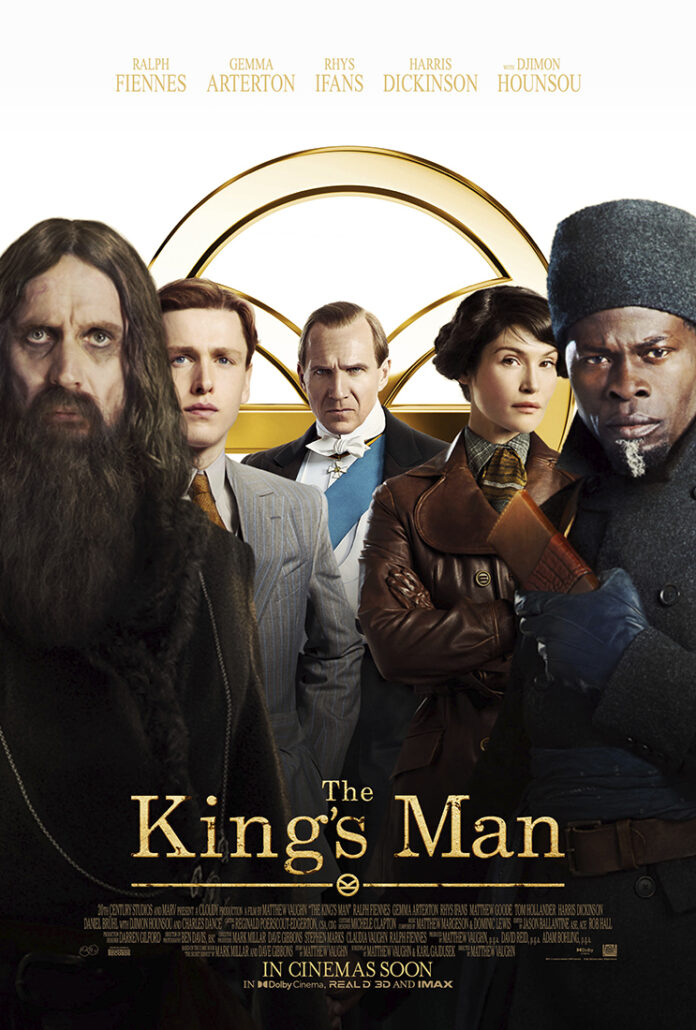 The latest film to get a covid delayed release is The King’s Man which comes crashing on to our screen care of director Matthew Vaughn’s and his third film in the franchise and a prequel to the first two films. This latest film initially goes back to 1902 where Ralph Fiennes as Orlando Oxford, a sort of red cross emissary, has taken his wife and young son into Africa and the Boer War to front out Lord Kitchener (Charles Dance) and his treatment of the people there. But this being the middle of a conflict it’s little surprise that it ends in tragedy with Orlando now a widower and overly protective of his only son Conrad (Harris Dickinson). Spool forward 12 years and Conrad is now a young and idealistic young man keen to sign up and serve his country in the first World War. 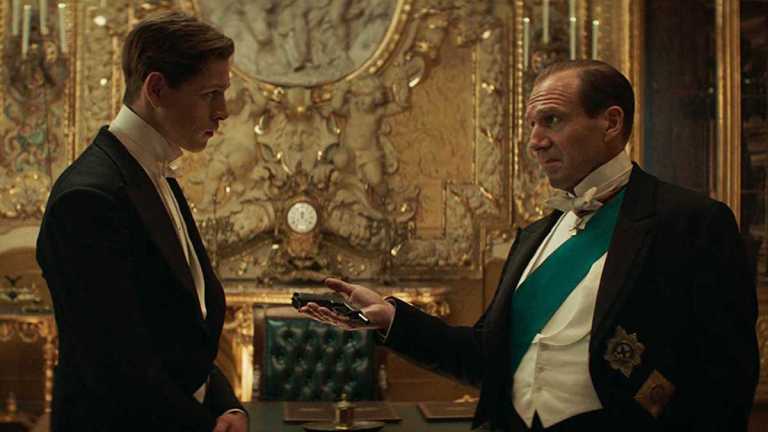 Playing fast and loose with historical fact which is part of the films charm as Conrad and his father find themselves involved in trying to protect Archduke Ferdinand from assassination, which like Boris Johnson trying to adhere to his marriage vows when a new nanny starts working for him, soon fails and the UK is dragged into war. Much of this has been orchestrated by Kaiser Wilhelm played by Tom Hollander who also plays Tsar Nicholas and King George and the film, in another twist of historic fact, has the three related.  It’s Tsar Nicholas though who is something of a puppet manipulated by the notorious sex crazed monk Rasputin, a kohl eyed , shaggy mountain of a man looking like the unholy union of a panda and Chewbacca. He’s the films most enjoyable villain as played by Rhys Ifans as crazy as the films plot with the mad monk part of a covert shadowy group led by a mysterious shaven headed Scots man always with his back to the camera and whose identity remains a secret until the climatic end.  So it’s down to Orlando to get the US to help the Allies before dear old Blighty and its remaining allies suffer massive is over run buy the enemy when Russia  pulls out of the war. 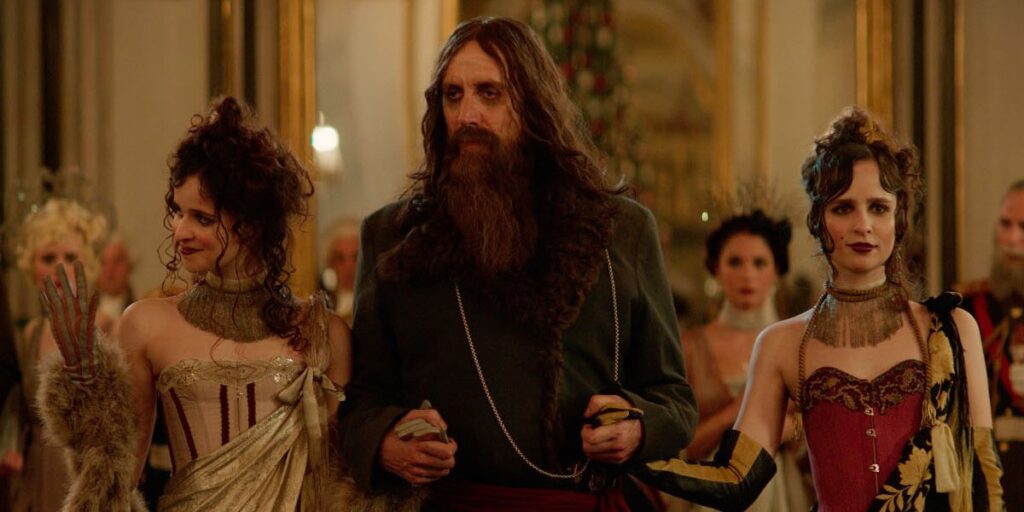 As with the previous films there’s a whole load to enjoy here from its all star cast led by Fiennes who is increasingly looking ideal casting as Rigsby  in The Leonard Rossiter Story and ably supported by the likes of Gemma Arterton, Charles Dance , Djimon Hounsou though all mostly underwritten but along for the fun. Vaughn has put together some decent set pieces the best being Fiennes trapped in the wing of a free falling bi plane and there are flourishes where the French countryside morphs into bomb blown battlefields.