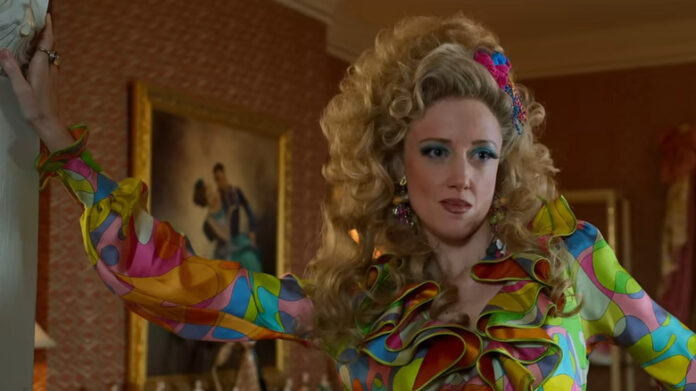 Matilda the Musical is a film adaptation of the Tony and Olivier award-winning musical. Matilda which tells the story of an extraordinary girl who, armed with a sharp mind and a vivid imagination, dares to take a stand to change her story with miraculous results.

read our review of Matilda the Musical HERE

We chatted to the excellent Andrea Riseborough who has an impressive array of films that includes the Tom Cruise starrer, ‘Oblivion’, director Alejandro G Inarritu’s ‘Birdman’, the hilariously quirky Brit comedy’ Mindhorn‘, horror film, ‘Possessor’ and the recent all star film, ‘Amsterdam’. In Matilda the Musical she plays Matilda’s mother Mrs Wormwood alongside Stephen Graham as Mr Wormwood a pair of grotesque nouveau riche parents with little regard for their own daughter.

Andrea Riseborough at the European premiere of, ‘Amsterdam’

See what Andrea Riseborough told us about the making of the film here…..