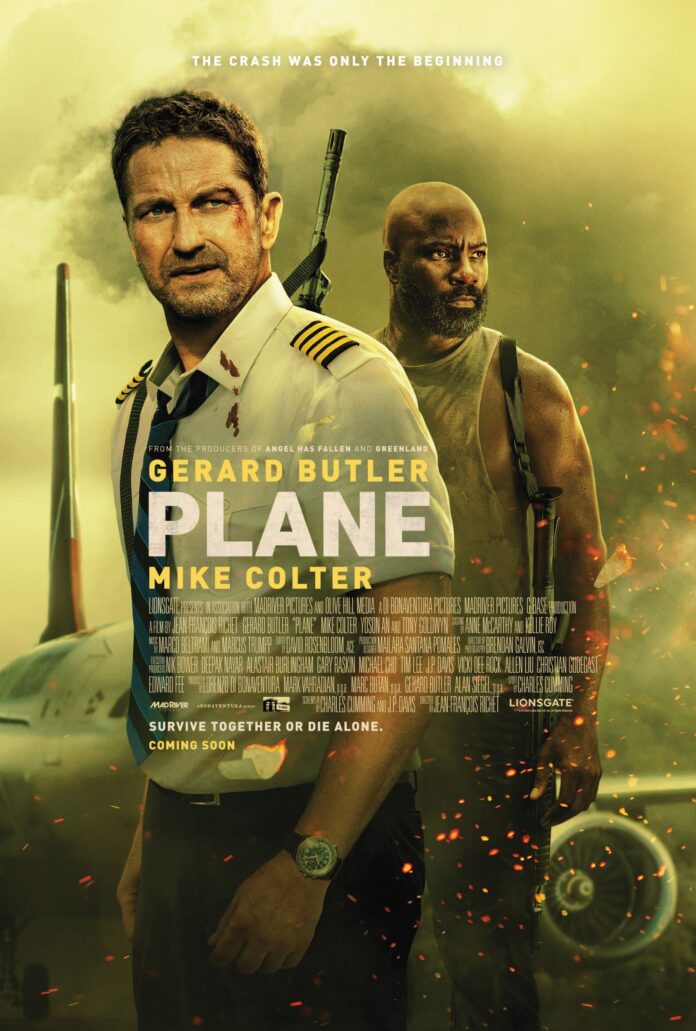 Sack the studio marketing department for the singularly uninspiring title, ‘Plane’ and we’re guessing that Head of Does-What-it-Says-on-the-Tin was probably sacked after submitting his list of potential titles for the Fast & Furious – a list that included, ‘Fast Cars ‘ and of course ‘Brrm- brrm’…….. But we digress because the Plane trailer is the latest Gerard Butler film that looks like a carnage filled action fest.

PLANE follows pilot Brodie Torrance (Gerard Butler) saving his passengers from a lightning strike by making a risky landing on a war-torn island – only to find that surviving the landing was just the beginning. When most of the passengers are taken hostage by dangerous rebels, the only person Torrance can count on for help is Louis Gaspare (Mike Colter), an accused murderer who was being transported by the FBI. In order to rescue the passengers, Torrance will need Gaspare’s help, and will learn there’s more to Gaspare than meets the eye.

Now we think Gerard Butler takes an unfair amount of flack over his films and if you look through his back catalogue there’s a load of films that any action action star would love to have been a part. 300, Den of Thieves and Olympus has Fallen are great thrillers and there’s a load of underrated actioners that have included Hunter Killer, Greenland and the recent Cop Shop.