With Richard Branson having appalled the UK by trying to get the tax payer to bail out his airline its little surprise he’s wants to fly into space to another planet.  In fact we’ve never really understood why the sun dried Bee Gee claims to be so concerned about the environment yet owns an airline! But we digress….. Proxima is a the title of an international space mission to fly to Mars and its physicist Sarah Loreau (Eva Green) who finds herself self as the only woman with the once in a lifetime opportunity to fulfil her dream to be one of three astronauts to embark on the year long mission. Yet this dream project conflicts with her personal life. A single mother she has a young daughter that she dots on yet the mission means not only leaving her behind but going to another planet.  It’s that relationship which is at the very core of what is a space film that remains firmly on Earth as Sarah is increasingly isolated from her daughter as she trains for the mission.

For divorced parents (mainly fathers) who are prevented from seeing their children Proxima will have a resonance as Sarah initially is only occasionally able to see her ultimately reduced further to only being able to speak to her daughter by phone. Having gone to live with her father the child is already put into a new school and is struggling and there is an utterly heart rending phone call as her daughter tearfully tells her how much she misses her mum.  Unable to comfort her Sarah finds herself drawn between her astronaut dream and wanting to be with her daughter.  It’s a relationship that the film lovingly plays out between the two with her daughter having a typically child’s eye view of what’s happening – concerned about the cat when she goes to stay with her father, wanting her bedroom lamp left on when she goes to bed and desperate to make friends at her new school – are easily identifiable to any parent. As her training continues Sarah finds herself increasingly distanced from her daughter before finally put into quarantine days before the lift off and only allowed to see her daughter through a perspex wall regretful that, like so many parents, regretting lost moments and opportunities – in this case a broken  promise to take her daughter to see the rocket. There’s a moment in Christopher Nolan’s ‘Interstellar’ where McConnaughey’s character drives from the home to go on his space mission leaving his daughter behind knowing he may not se her again as she pleads with him not to go. It’s a moment that perfectly encapsulates every parents work life balance and is relived time and again by Sarah as she gets closer to launch date. 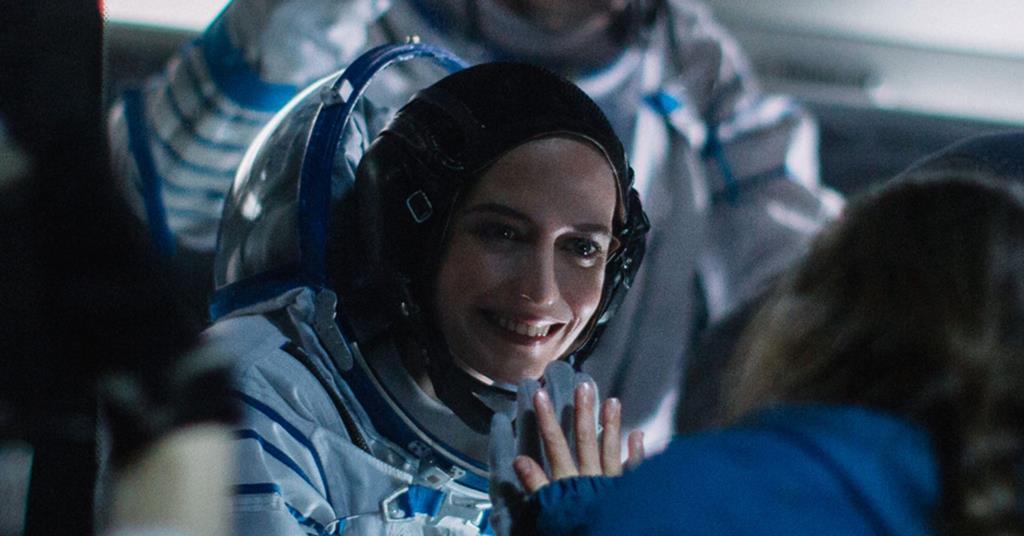 As ever Eva Green is very good in writer director Alice Winocour’s film with some heart rending scenes of parent /child bonding. Perhaps the weakest part is the Matt Dillon Captain character who is stereotypically sexist from the get-go  wanting her to reduce her work load regarding her as a space tourist rather than an astronaut. Proxima is space film that doesn’t go into space but focuses on the training on Earth (shot at a real training camp) and the relationship is the beating heart of the film that humanizes it putting Sarah in a dilemma as to whether she should proceed with her dream to be an astronaut. Proxima loses a little bit of its momentum but with the pandemic lockdown having separated families this will have resonance with many.