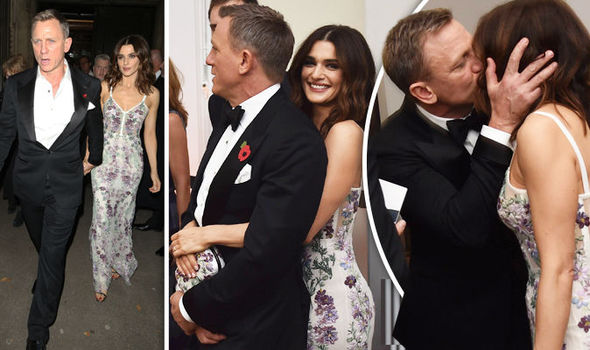 If you’re a fan of the fantastic Rachel Weisz (and frankly who isn’t?) certainly our Editor is and despite her being married to James Bond himself, Mr Daniel Craig, he still persists in turning up outside her house wearing a white tuxedo and re-enacting the iconic ‘shooting at the camera’ that starts each Bond film to such a degree that he keeps being sectioned.

Anyway here’s some news about her new film:

Principal photography will begin on April 4, 2016 on Free Range Films’ MY COUSIN RACHEL, and will continue until mid-June in England and Italy.

Based on the classic novel by Daphne du Maurier and adapted by director Roger Michell, the film stars:

Says Roger Michell, “So many really great films have grown out of the works of Daphne Du Maurier: DON’T LOOK NOW, THE BIRDS, REBECCA….and here’s another of her classics which is at once detailed, dark, sexy, cinematic and full of surprises. I look forward to bringing this thrilling story to the screen with such a brilliant cast.”

“We are delighted to be working with Roger and Kevin on MY COUSIN RACHEL, with whom we have developed the script.  Their unfailing energy and Roger’s vision for the project are incredibly exciting, and we all very much look forward to the adventure ahead of us!” says Katie Goodson-Thomas, Director of Production & Acquisitions.

A dark romance, MY COUSIN RACHEL tells the story of a young Englishman who plots revenge against his mysterious, beautiful cousin, believing that she murdered his guardian.  But his feelings become complicated as he finds himself falling under the beguiling spell of her charms.

MY COUSIN RACHEL has been adapted for the screen and will be directed by Roger Michell, who most recently helmed LE WEEK-END.  Amongst his numerous other directing credits are NOTTING HILL, ENDURING LOVE, HYDE PARK ON HUDSON, VENUS and THE MOTHER.