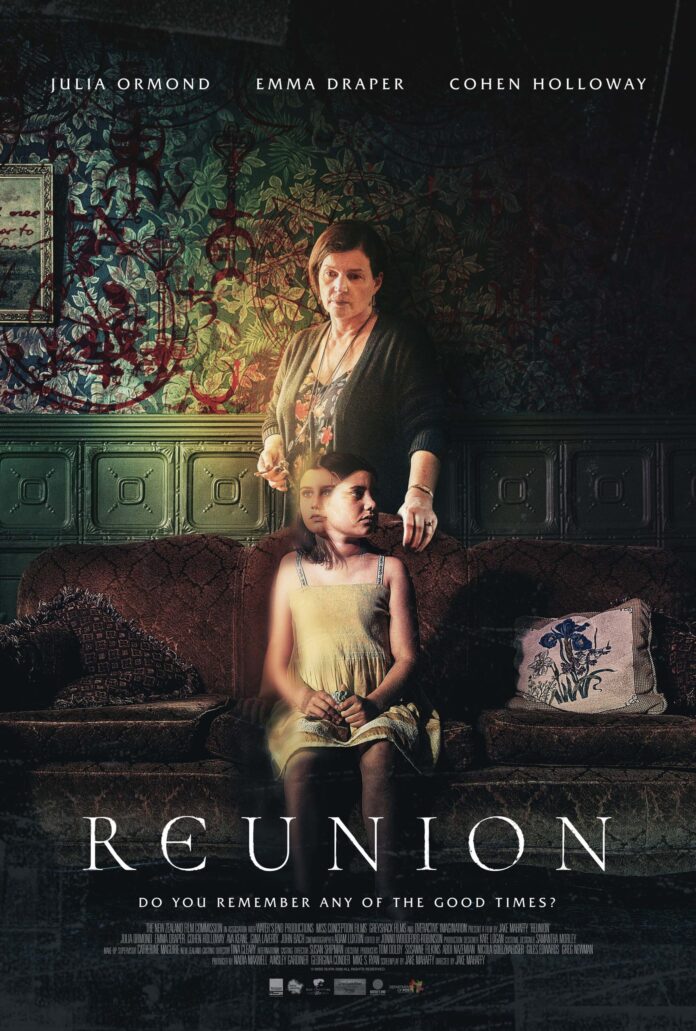 Never been a fan of pigs-in-blankets at Christmas or as we like to call them, ‘the in-laws sleeping in the spare room’ and a family reunion is often fraught with calamity and deeply held resentment. It’s especially true of the mother-daughter relationship between Ivy (Julia Ormond) and her pregnant daughter Ellie (Emma Draper) who comes to stay with her as she prepares to sell her recently deceased grandparents house, a shady gothic pile that also houses her dementia afflicted father. Ellie hopes of a bit of peace and quiet as she continues her academic research into black magic are soon ended by her mother who one minute praises her whilst the next, criticizes.

Writer director Jake Mahaffy sets the tone from the start with a montage of medieval drawings of sinister maternity medical procedures and there are standalone shots throughout that are disquieting. Uneasy around her mother, Ellie does her best to assist with the packing up of items in a house that she grew up in and in a series of flashbacks the location of various childhood traumas reveal the family to be deeply dysfunctional. Reunion is full of motifs and moments that add to a mosaic of mystery as to what actually went on in Ellie’s childhood and which are drawn together in a shocking though not entirely unexpected revelation. 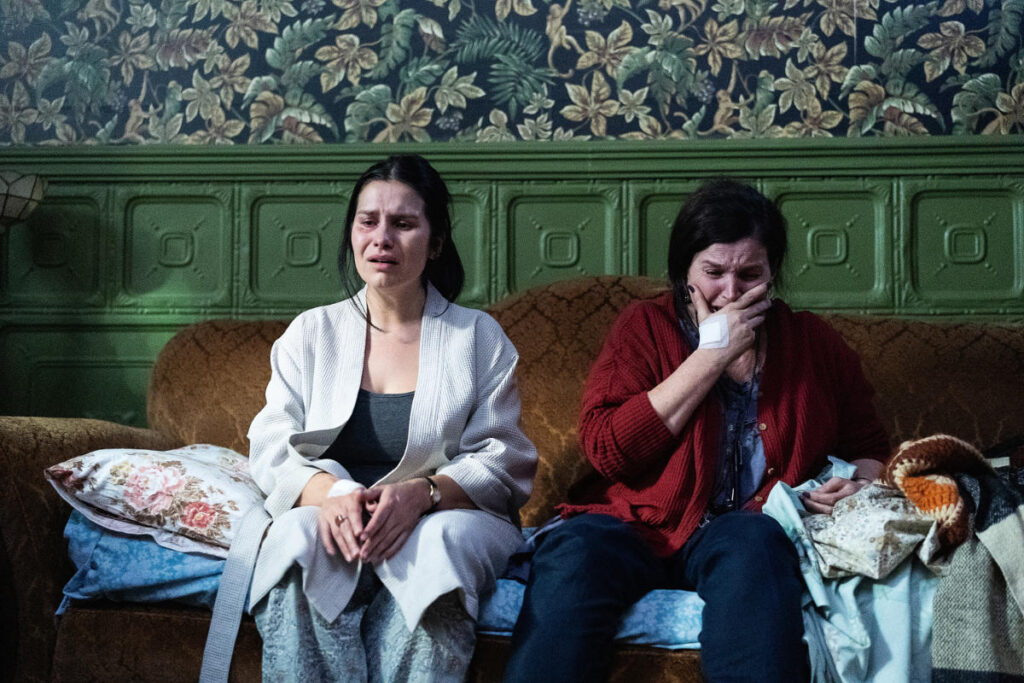 Both Ormond and Draper are excellent in their respective mother – daughter roles with Ormond slowly showing herself to be the passive-aggressive monstrous mother and bully and it’s little surprise that her daughter has turned out how she is and hardly helped by what she knows of her father and has seen him do in the family home. More of a mystery than a horror, Reunion builds an uneasy atmosphere in what is a bit of a slow burn drama of childhood traumas.

Reunion is released on digital download on 22nd March 2021