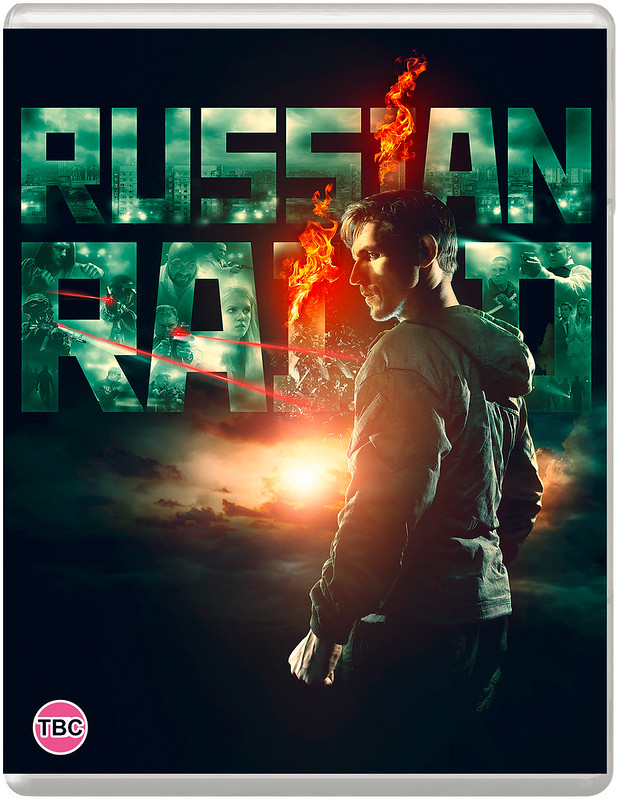 Conspiracy theorists may think that Russian Raid is what happened to the US electorate in 2016 when Donald Trump won the presidency. Instead this is a bit of a bonkers mad soviet fight fest which owes much to the even more bonkers mad fight fest, The Raid.

Nikita is a former Russian Spetsnaz operative, hired to neutralize the large private security force at a local factory by his shady employer. But Nikita and his group of highly trained fighters get more than they bargained for when it turns out that the factory is actually owned by a dangerous warlord connected to the Russian military. By the time the ‘hostile takeover’ is complete Nikita reveals that he has orchestrated his own secret mission to take personal revenge on the most dangerous man in Russia which for once isn’t Donald Trump on a state visit.

Russian Raid is the directorial debut of Denis Kryuchlov with a cast led by stuntman Ivan Kotik and a whole bunch of Russian MMA fighters along with a power lifting world record holder and a world heavyweight kickboxing champion. It will therefore come as little surprise that at no point in the film is there a soliloquy with a meditation on existential angst. What you do get is 103 minute of full on fighting as Nikita leads a band of track-suited brawlers through the factory laying waste to any security guards they come across. To be fair the factory has adopted a similar attitude to high street supermarkets hiring the type of security staff who, at the first sign of any trouble, leap into action by running off and phoning police.

So the first half of the film is mostly fist fights galore in a manner not dissimilar to security staff forcibly removing Donald Trump from the Whitehouse whereas the latter half of the film has the cast all tooled up with firearms & explosives and on the rampage as though orchestrated by Trump trying to get back into the Whitehouse.  Director Kryuchlov has put together some decent fights, using some subtle yet highly effective camera moves as he orchestrates his cast of professional fighters who are clearly relishing the action. It’s a film that plays much like a video game with the fighters moving through the security staff until the film climaxes with the big boss smackdown and in that respect Russian Raid falls firmly into the category, ‘Saturday night with a six pack and a pizza’.

But this is a vanilla disc in the extreme with absolutely no bonus features whatsoever  – not even a trailer, commentary or deleted scene. It is just the film and that’s it, so the RRP of £12.99 for the blu-ray seems a little hefty for such a no frills disc.

RUSSIAN RAID IS RELEASED ON BLU-RAY ON 22ND MARCH 2021