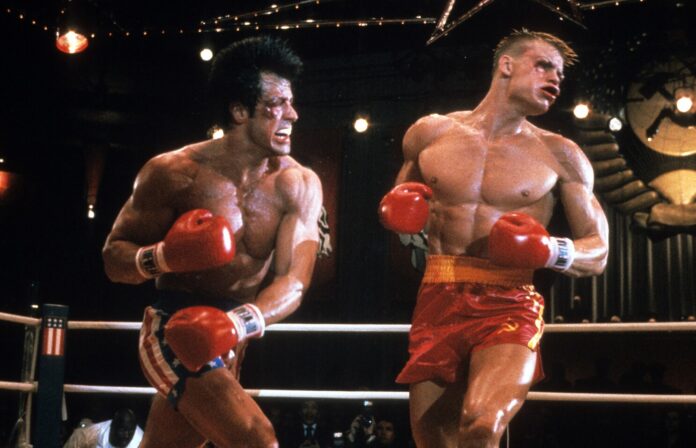 Since the news broke that there will be another spin off movie from the Rocky franchise (read about it HERE) Sylvester Stallone, the creator of the characters, has come out fighting against the franchise producer Irwin Winkler in a Rocky v Drago war of words. On Stallone’s instagram the actor-writer has said….

“Another Heartbreaker… Just found this out… ONCE AGAIN , this PATHETIC 94 year old PRODUCER and HIS MORONIC USELESS VULTURE CHILDREN, Charles And David, are once again picking clean THE BONES of another wonderful character I created without even telling me,” Stallone wrote. “I APOLOGIZE to the FANS, I never wanted ROCKY characters to be exploited by these parasites.”

And the Rocky v Drago fight continued when the actor went on to say about Dolph Lundgren,…. “By the way, I have nothing but respect for Dolph but I wish HE had told me what was going on behind my back,” Stallone concluded. “Keep your REAL friends close.”

Believing that he has been deprived an equity stake in the “Rocky” franchise Stallone back in July 2022 said….. “After Irwin controlling ‘Rocky’ for over 47 years, and now ‘Creed’, I really would like to have at least a little [of] WHAT’S LEFT of my rights back, before passing it on to ONLY YOUR CHILDREN,” Stallone wrote at the time

This has been bubbling for some time and way back in November 2021 Stallone said, ‘“Return my rights, bloodsuckers!” He also referenced Lundgren in the post by writing, “Dolph, why? Not a phone call?

To all of this Dolph Lundgren has written, ‘Just to set the record straight regarding a possible Drago spinoff. There’s no approved script, no deals in place, no director and I was personally under the impression that my friend Sly Stallone was involved as a producer or even as an actor. There was a press leak last week which was unfortunate. In touch with Mr Balboa – just so all the fans can relax…There ya go;

We’ve a feeling that this is one Rocky v Drago fight that will run well beyond 12 rounds!

The future of the Tomb Raider franchise……