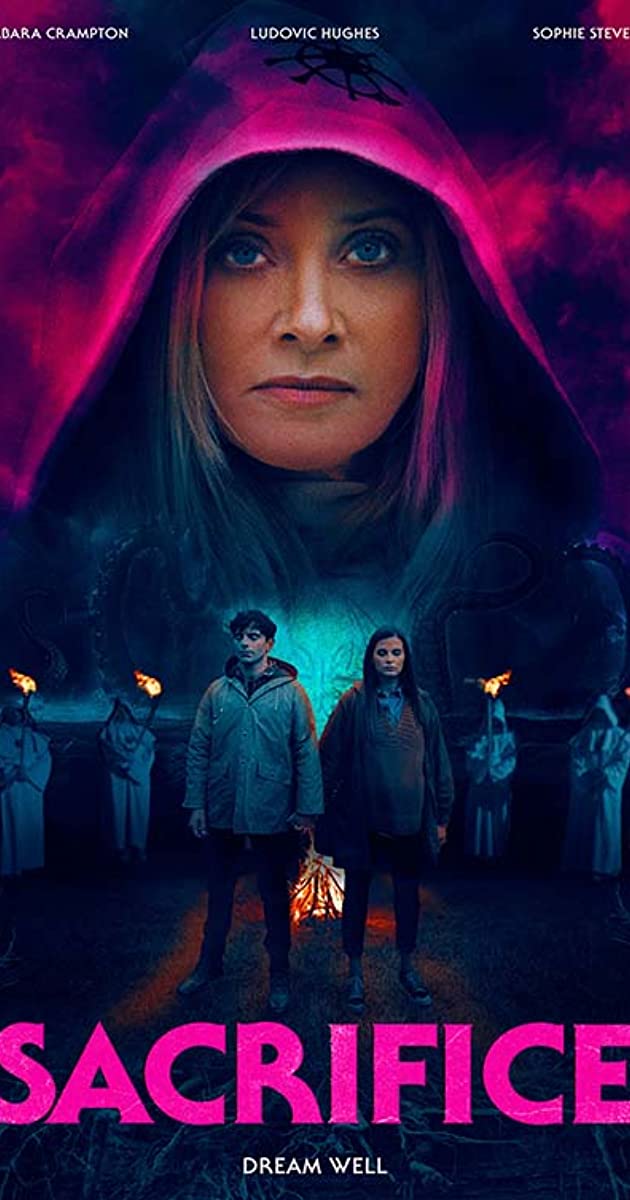 We’ve all been in that position on holiday where the locals hate the tourists but even though we’re no longer in Europe we do like put out a warm welcome to our French friends visiting London for the first time and always take the opportunity to promote a ride in a black cab taxi telling Pierre that there’s nothing black cab drivers like better than to haggle over the fare. For Isaac (Ludovic Hughes) and his girlfriend, the heavily pregnant Emma (Sophie Stevens) , they find the locals are quite as welcoming when they return to his Norwegian island family home having unexpectedly inherited it after his mother’s death. It’s only when Isaac makes a couple of psychotic locals aware that he was raised there that their attitude towards him changes except it’s that rather creepy unnerving friendliness you get from politicians canvassing for your vote.

It’s not long before the local police officer Renate (scream queen Barbara Crampton sporting a convincing accent) comes knocking on their doors and asks if they know anything about the murder if Isaac’s father, something which Isaac is wholly unaware. So its not long before the mystery escalates and the locals start cropping up in robes and standing waist deep in water like some Ku Klux Klan christening event and Isaac starts to get drawn into whatever mystery is lurking on the island.

Heavily influenced by H.P.Lovecraft and especially The Wicker Man the film air of paranoid mystery that disturbs Emma and brings on a number of alarming dreams that are presented in the film as reality a little too often with her waking up distressed to reveal that, ‘Phew! It was only a dream!’ But with Isaac drawn into the locals and their robed antics their relationship fractures and she finds herself increasingly alienated from him as it builds towards the climax and with a title such as this it’s little surprise what part a pregnant Emma might be playing in all the shenanigans.

Whilst HP Lovecraft s back in vogue (last year’s ‘Colour out of Space‘ was very good) writer Andy Collier has based the film on Paul Kane’s short story who co-wrote the script. Sacrifice has some decent moments with Barbara Crampton who always looks great but the film never quite scares as it builds to a decent enough though not unexpected climactic scene.

SACRIFICE IS RELEASED ON DIGITAL DOWNLOAD ON 15TH MARCH 2021