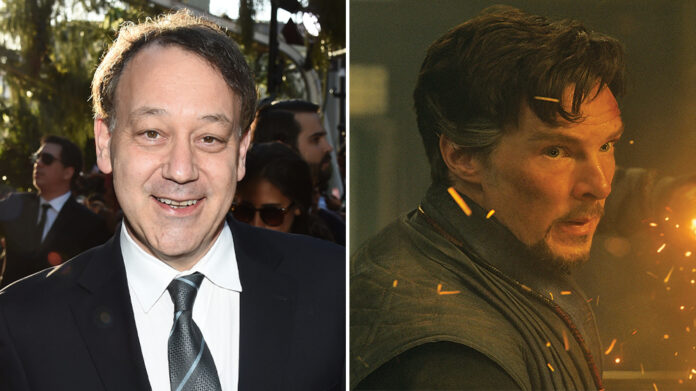 he was a little reticent to reveal details but did share an uncertainty as to whether the film was done filming after reports that the sequel faced “significant reshoots”.

“I wish I knew the answer to that question,” Raimi said, responding to the question of whether the movie was complete. “I think we’re done, but we just cut everything. We’re just starting to test the picture and we’ll find out if there’s anything that’s got to be picked up. If something’s unclear or another improvement I can make in this short amount of time left, I’ll do it. One thing I know about the Marvel team is they won’t stop. They’ll keep pushing it until it’s as close to being great as it could.”

Raimi also emphasized the positive experience he has had working with Marvel Studios and its head Kevin Feige.

“Marvel’s been a great team to work with,” Raimi continued. “I think that was a not-surprising surprise. I’ve been super-supported by the whole Marvel operations, starting at the top with Kevin Feige, and working all the way down to the crews that they work with. [They’re] super professional and have supported me every step of the way.”