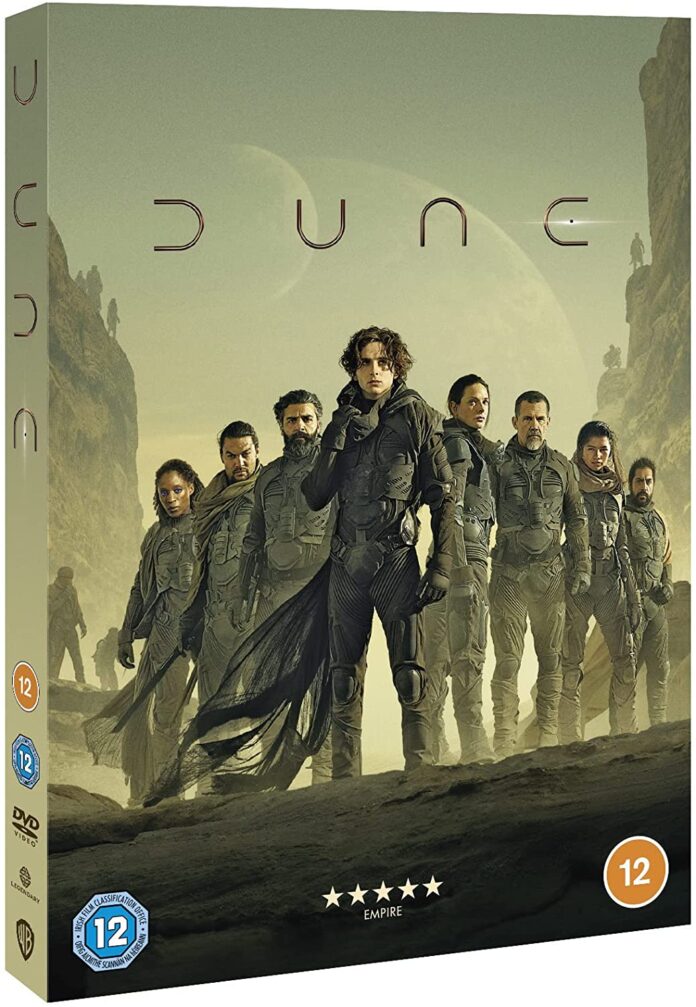 Frank Herbert’s epic sci-fi novel Dune remains a high point in that literary genre but its gigantic era spanning universe was both an attraction and a hindrance to film makers keen to put it on screen and Dino De Laurentiis having secured the rights hired a then fledgling director David Lynch to put his vision on screen – read the story HERE. It was too big a story to put in a condensed version and Lynch had been prevented from put his three hour vision of the film out and it was a notorious box office flop with Lynch never to return to Hollywood mainstream again.

Almost 40 years later director Dennis Villeneuve took the opportunity to put what is arguably the definitive version of the book on the big screen. With a huge budget the studio took an equally huge gamble by splitting it in two with the danger that if the first film flopped there would be no second film to complete the story. But Villeneuve, a huge sci-fi fan himself, had proved that he was adept with handling the genre having helmed the excellent Arrival and the long awaited Blade Runner sequel with aplomb.

Dun  tells the story of Paul Atreides (Timothée Chalamet), a brilliant and gifted young man born into a great destiny beyond his understanding, who must travel to the most dangerous planet in the universe to ensure the future of his family and his people. As malevolent forces explode into conflict over the planet’s exclusive supply of the most precious resource in existence—a commodity capable of unlocking humanity’s greatest potential—only those who can conquer their fear will survive. Read our review of the film HERE

What Villeneuve has put on screen is a hugely impressive accomplishment with the film earning an equally impressive $398m assuring that a second film has now been greenlit. Beautifully photographed with a uniformly excellent cast Dune is now available on DVD, Blu-Ray and 4K UHD with an array of bonus features that will please any fan of the book and the film as follows: