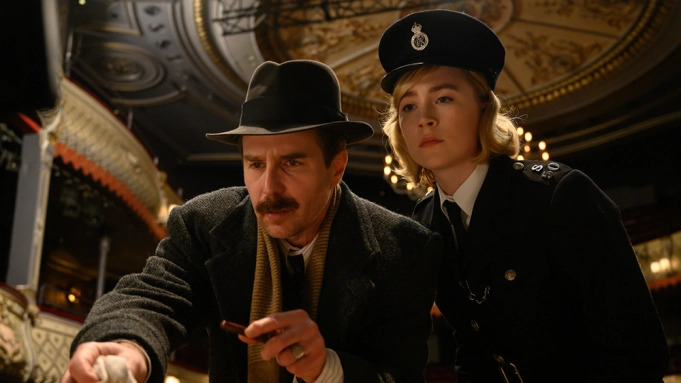 We are big fans of those old school all star casts as seen with the recent Agatha Christie revival of ‘Murder on the Orient Express‘ and ‘Death on the Nile‘ and before that the Ocean’s Eleven films. Adding to that is the release of the See How they Run trailer and though it hasn’t quite got the A-list cast of this films its still a decent one with Sam Rockwell and Saoirse Ronan in the lead roles and Adrien Brody, Ruth Wilson and David Oyelowo, Reece Shearsmith & Tim Key too

See Hoe they Run follows a desperate Hollywood film producer who sets out to turn a popular play into a film. When members of the production are murdered, world-weary Inspector Stoppard and rookie Constable Stalker find themselves in the midst of a puzzling whodunit.

Here’s the See How they Run trailer…..