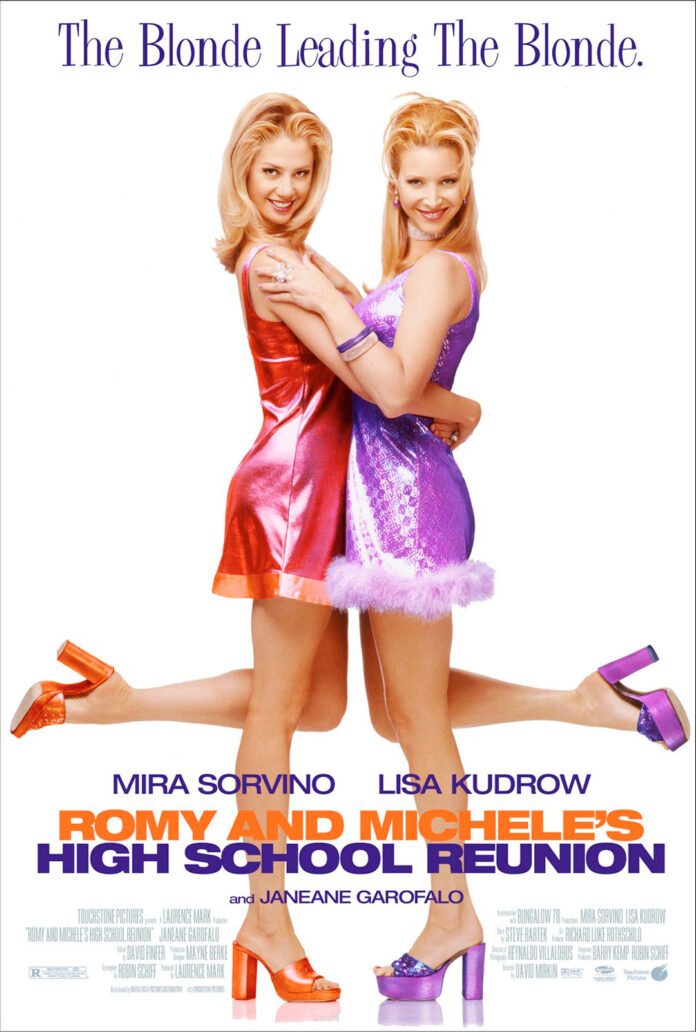 Based on the 1988 stage play “Ladies’ Room,” which starred Lisa Kudrow the film ‘Romy and Michelle’s High School Reunion’ which co-starred Mira Sorvino as unsuccessful 28-year-olds who invent fake careers to impress their former classmates at their 10-year high school reunion. The film was a moderate hit but quickly became a cult favourite. So rumours of a Romy and Michelle sequel raised their head when they reunited at the SAG Awards in February to present an award. The duo wore pink and blue suits that matched the metallic minidresses they donned in the movie.

“Do you think that this is the cutest anyone has ever looked at an awards show?” Kudrow asked Sorvino, evoking a line of dialogue from the movie. Sorvino responded, “I just realized this, we’re wearing great ensembles while at the same time presenting to great ensembles.”

Both stars have separately confirmed that a Romy and Michelle sequel is in the works though it caught original screenwriter Robin Schiff off guard who admitted that the final idea for a film had not been finalized just yet but went on to say “We’re getting closer. Something might be in the works.” With Sorvino adding, “There’s nothing official to report, but I can unofficially hint that we’re closer than we’ve ever been to getting something to happen,”