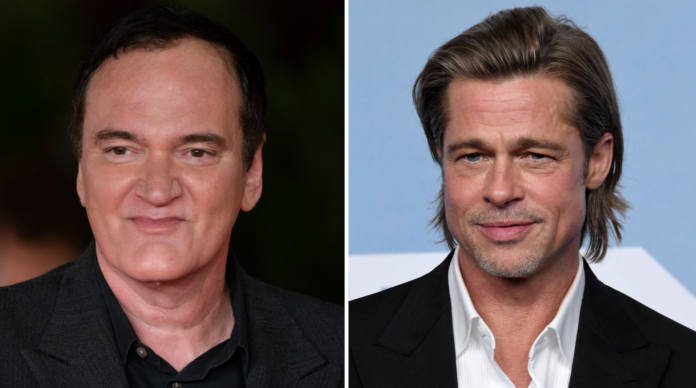 So whilst Brad Pitt has the actioner ‘Bullet Train’ (watch the trailer HERE) arriving soon followed by Damien Chazelle-directed epic Babylon, opposite Margot Robbie, about the transition from silent films to “talkies and that is followed by an Apple Original Films’ thriller opposite George Clooney for filmmaker Jon Watts. But this, as far as the star, is concerned will be the start of his winding down of his career. We’re big fans of brad and it seems many A list directors and co-stars are too and this is what Quentin Tarantino who directed the actor in Inglorious Basterds and Once Upon a Time in Hollywood (reviewed HERE), the latter of which earned Pitt a Best Supporting Actor Oscar, said about Brad Pitt.

“He’s one of the last remaining big-screen movie stars. It’s just a different breed of man. And frankly, I don’t think you can describe exactly what that is because it’s like describing starshine. I noticed it when we were doing Inglourious Basterds. When Brad was in the shot, I didn’t feel like I was looking through the viewfinder of the camera. I felt like I was watching a movie. Just his presence in the four walls of the frame created that impression.”

We hope that his agent can talk him out of retiring