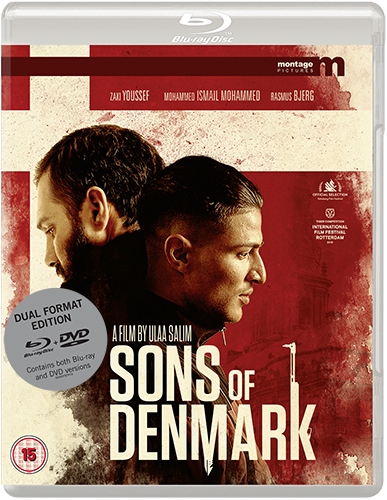 It’s probably true to say that socialism wasn’t on Hitler’s mind when he renamed his political group the National Socialist German Workers Party in an attempt to cover up it’s extremism and radicalisation of so many with sickening consequences. It’s  a mark of how powerful a film Sons of Denmark is when a Danish right wing politician from a Danish Nationalist Party described the film as ‘dangerous’.

Set only a few years in the future and a year after a catastrophic terrorist bomb attack in Copenhagen that has served only to intensify ethnic tensions with an increase in radicalisation.  Parliamentary elections are near and the Nationalist party with its extremist leader is set for a landslide victory. 19 year old Zakaria (Mohammed Ismail Mohammed) gets involve in a radical organisation where he bonds with Ali (Zaki Youssef) . Neither men can agree with the state of the nation which appears to be turning on its own immigrant citizens and the men decide to take action. Yet neither men realize that they have become tools in the hands of people in power. As Ali and Zakaria  struggle to make their mark their unity is tested and their ensuing actions turn out to have the most devastating of consequences on their lives.

Written and directed by Ulaa Salim, this is his debut feature after several successful short films and is ambitious, provocative and thought provoking political film and with so many recent terrorist attacks in the UK (or just plain old ‘incidents’ as Jeremy Corbyn, failed leader of UK’s Labour party, insists on calling them), this is a timely film.

Don’t be put off by the subtitles as Sons of Denmark is a cracking little thriller. Unfortunately the Sons of Denmark DVD / Bu ray is a vanilla disc featuring the film only and no bonus features at all and a featurette on the rise of extremism and terrorism in Denmark would have made a worth companion piece to the film. Nonetheless Sons of Denmark is well worth a look.

Here’s the Sons of Denmark thriller……