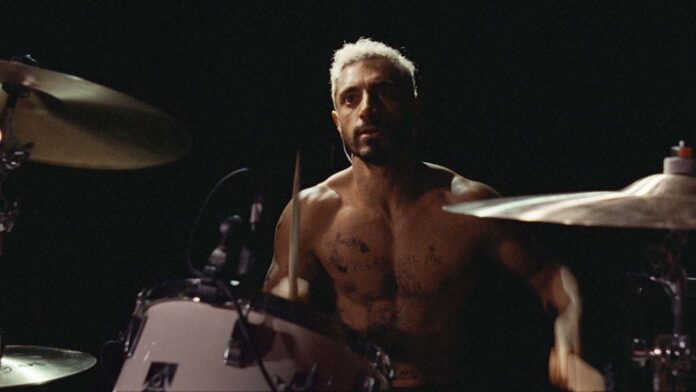 Now over the years the writers at AnyGoodFilms have tried our hand at karaoke and whilst none of us can claim to be Michael Buble we can at least carry a tune which is more than our Editor can do with an unerring inability to hit a note even with a hammer (‘You’re fired!’ –Ed).  If there’s a saving grace for Ruben (Riz Ahmed) in Sound of Metal it’s that having lost his hearing he will be spared our Editor’s rendition of Don’t Stop Believing.  But for Ruben more importantly its that as a drummer in alt-rock band similar to The White Stripes his hearing is everything but he suddenly and dramatically loses his hearing. A doctor drops a further bombshell telling him that it’s never going to get better and he may lose it totally over the next few weeks, days or even hours. 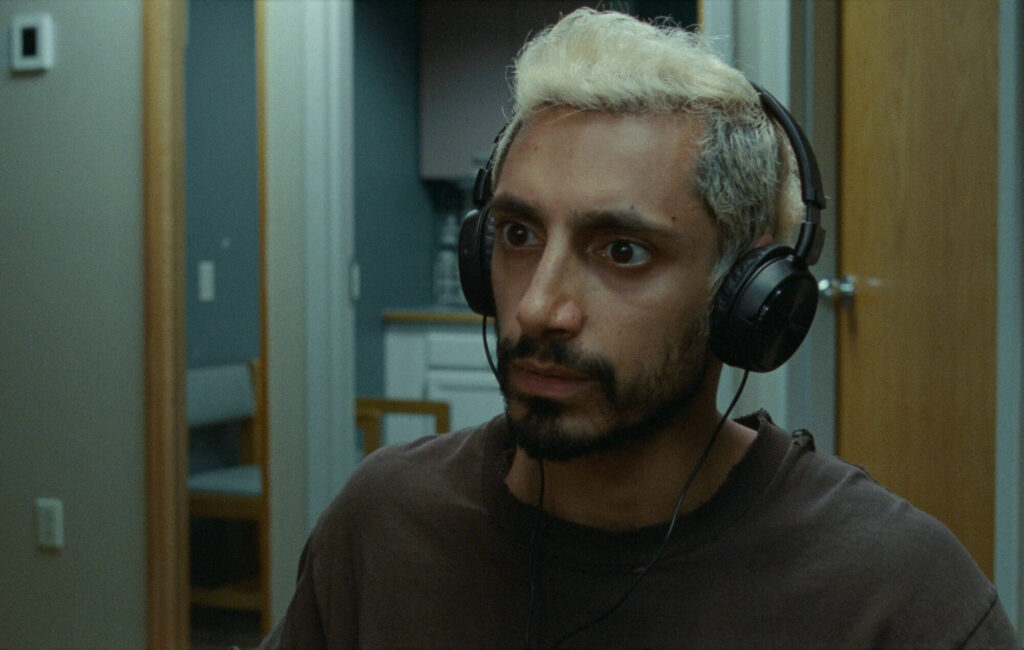 His life goes into freefall as he initially denies the inevitable . Riz Ahmed has always had a look behind his eyes of simmering fury and it’s ideally used here as he refuses to accept what is happening to him and that only a hugely expensive cochlea operation might recoup at least some of his hearing. It’s his fellow band member and girlfriend Lou (Olivia Cooke), all ginger hair and albino eyebrows and looking like she might get skin cancer just by switching on a bedside lamp, who wants him to engage with a deaf community run by ex-Vietnam vet Joe (Paul Raci). Angry and frustrated at his deteriorating condition he agrees. 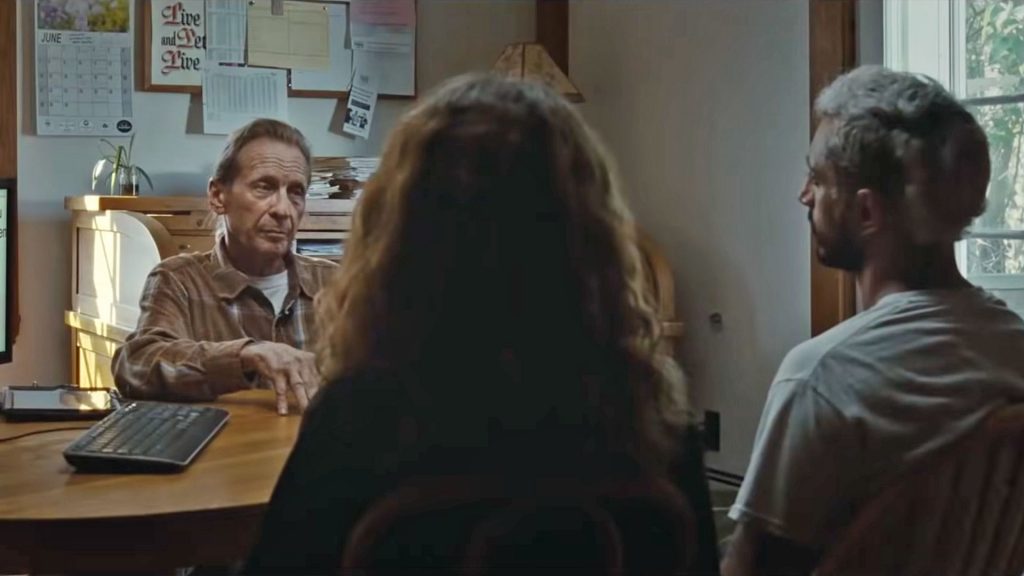 Written and directed by Darius Marder he puts us in Ruben’s footsteps with brilliant use of the films sound design which drops out at significant moments. We share his frustration as he sits with the community during a meal unable to participate in a sign language conversation and when the dialogue drops out his isolation is complete and forces him to engage with  Joe teaching him not to see his deafness as a handicap and neither is it something to be ‘repaired’. It’s all put to the test when Ruben determines to get the money together for the cochlea operation.

Sound of Metal is an exceptional film on several levels led by a tremendously empathetic performance by Riz Ahmed. Director Marder has put a huge amount of thought into the films sound design and it’s entirely right that it has won a BAFTA for its, at times, experimental use of sound. For a modern day talkie the dialogue appropriately disappears for long stretches and the playing with muffled and incoherent sound levels, enhances our identification with Ruben and its use of subtitles throughout is a stroke of genius making this an all inclusive film for audiences. Sound of Metal is essential viewing.

Here’s the Sound of Metal trailer…….