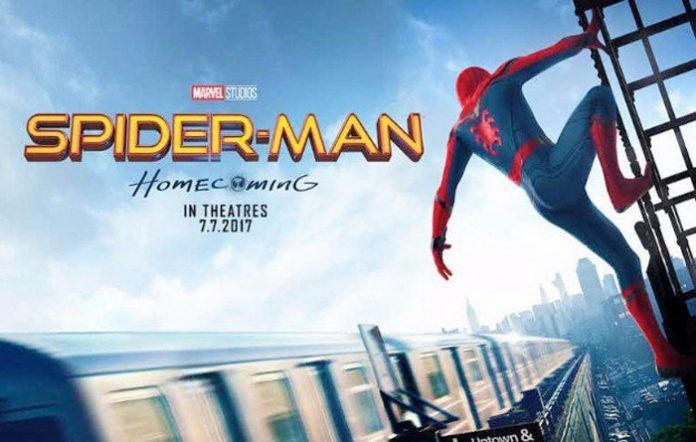 With Marvel having made so much money from their superhero films our Editor has recently attempted to invent his own. Seeing as Spiders, Ants, Bats et al have already been taken there seemed to be one glaring omission. The Camel.   So, armed with his storyboards our Editor  went to Marvel HQ where he belted out the self penned  theme tune thus…….

Does anything that a camel can!

He can spit, he can trot,

He’s got everything that a camel’s got!’

Shortly after this the Editor found himself auditioning to be Superman having been thrown out of the office top floor window by security but unfortunately rather than soaring into the sky he plummeted to a crumpled heap on the ground.

Thankfully the latest reboot of Spiderman is far more successful this time with Tom Holland cast as the arachnoid hero. Mercifully we don’t have to endure another origin story and here he is fully formed albeit with a threadbare homemade superhero costume and having been taken under the wing of Tony Stark he’s keen to join the Avengers. It’s one of the major themes of the film that with Holland exactly the right age to play the adolescent Peter Parker that a father-son relationship develops between the two. His boyish enthusiasm is curtailed by his immaturity yet is partly balanced by Stark as a more mature and battle hardened hero reluctant to let the boy join the elite group whilst still so young. It’s Stark who bestows upon him a sleek high tech train Spiderman outfit for Parker to develop his skills.

Unlike Raimi’s bloated Spiderman 3 this restricts itself to one villain. The Vulture played by the ever reliable Michael Keaton whose Batman seems a lifetime ago (and whose oscar nominated role in Birdman now seems to be an audition for this). It’s one of the more rounded villains in the Marvel pantheon as his back story is explored. The film opens with him salvaging scrap from the carnage caused by the major battle at the end of the first avengers film and when the city refuses him permission to continue collecting scrap and thereby ruining his business he takes advantage of the alien technology making himself a vulture outfit and continues steal the alien scrap and his crew create lethal weapons which he sells on the black market. His villain is probably the best we’ve seen since Doc Ock. He’s also the villain which Parker sees as his opportunity to prove himself fit against to be an avenger and its really in their showdown that having dispensed with the Stark provided spiderman outfit in favour of his own home made attempt that sees him emerge from the protective shadow of Stark.

Tom Holland as Spiderman is excellent in the role and as he struggles to come to terms with his powers he is immensely sympathetic  balancing youthful effervescence with an equally accident prone nature that during the action sequences lends a feeling that he really is in above his head and in absolute jeopardy. There’s something of Jamie Bell about him (both having played Billy Elliot on film and stage respectively) and he looks a little bit like Brooklyn Beckham though thankfully without any of the smug look of entitlement about him. His age appropriate youth for the role seems also to have rubbed off on the casting of another member of the cast namely Aunt May who in the first film was a 75 year old Rosemary Harris, in the second reboot was a 66 year Sally Field yet here it’s a 53 year old Marisa Tomei who is more of a MILF than anything else.  The rest of the cast is fleshed out with a multi racial class that includes an asian bully boy, a mixed race love interest, and best of all a Japanese best friend and an asian outsider both of whom have some very funny moments. The film itself is not short of laughs right from the start with an inspired phone recorded film clip about his first dealings with Stark and his chauffeur/security, Happy (Jon Favreau) right to the hilarious yet understandably incomplete last line  (once you see the film you’ll see why the line is never finished!)

At well over two hours this is long but holds the attention with  funny cameos from Captain America and the now slightly irksome Stan Lee cameo but after several dud blockbusters this summer this is one of the best…..and yes as it’s a Marvel film it does have a mid and post credit  sequence the last of which is one of the best so far showing that Marvel  has a self deprecating sense of humour but you do have to wait til the very very end of the credits.