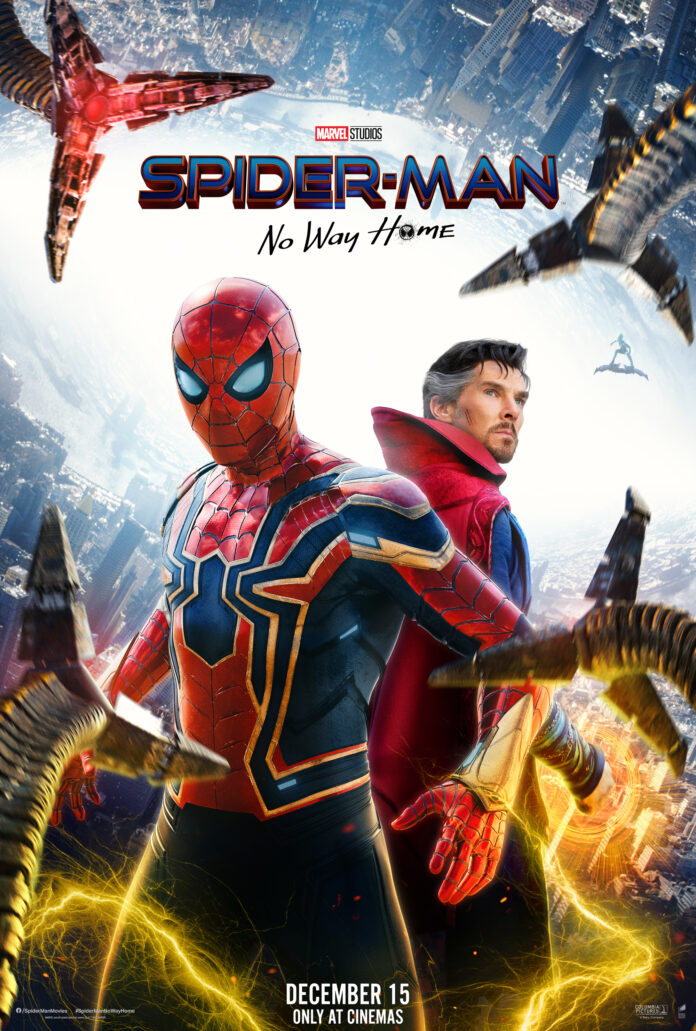 The release of Spiderman No Way Home – you can read our review of the film HERE – is now confirmed as being by far the biggest earning film of 2021 (over $1.2b and counting) as well as the most successful film in the franchise and like so many franchise films they are increasingly filled with neat little Easter eggs for the eagle eyed mega fan as seen with the release of Space Jam 2 (see our Easter egg list HERE). Following in the same tradition is the Spiderman No Way Home Easter eggs which have a load that are obvious and some which are for the mega fan.

…….And if you’ve not seen the film this is a spoiler free Spiderman No Way Home easter egg look at what is hidden in plain sight!

First up we thought we’d mention the, ‘With great power comes great responsibility ‘ mantra that runs throughout the films. It’s one of the great misquotes. In Amazing Fantasy  no 15 where Spiderman was first introduced to the world it ends with ‘With great power there must also come great responsibility.” And it’s Aunt May who says the line correcting what has come before in the previous films

The next thing is the suit Peter wears with his meeting with the MIT admissions officer. That same suit is a throwback to Spiderman 3 which he wears on a date with MJ

After that it’s the car number plates …it’s a popular one where many film makers put cryptic messages on for those fans in the know and the Spiderman No Way Home easter egg has it in the Washington bridge scene on the Head of MIT admissions car which reads 63ASM-3. Seemingly meaningless but refers to Amazing Spider Man 3 from 1963 which features Doc Ock who appears moment s later in the scene

Of course the film can’t resist a nod towards the comic book artists and as Peter & MJ relax on their school roof there’s some graffiti of the word DITKO the surname of Steve the co-creator with Stan Lee. It’s not the only bit of graffiti that alludes to the comic books with GKANE also sprayed on the roof a reference to Gil Kane who illustrated only 20 issues but has many of the best stories including the one that controversially addressed drug abuse. 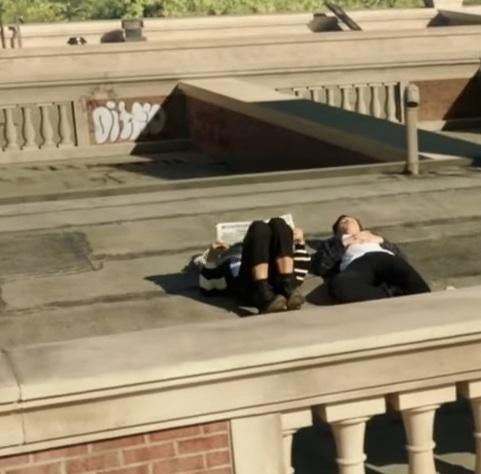 Then there’s one which perhaps is a bit of a stretch but we’ll go with it namely Doctors Strange’s assistant that we see in the first scene in his snow covered interior of his house. Is it Zelam Stanton his apprentice from the comic books who has an ailment cured by the Doctor?

And then finally as Peter and MJ walk through Time Square there’s a billboard for ‘Rogers : The Musical ‘ an obvious reference to Steve Rogers and his Captain America alter ego

Meanwhile here’s the UK premiere where you can see the audience go wild when this happens…..take a look here and remember to subscribe to the AnyGoodFilsm youtube  channel : www.youtube.com/anygoodfilms