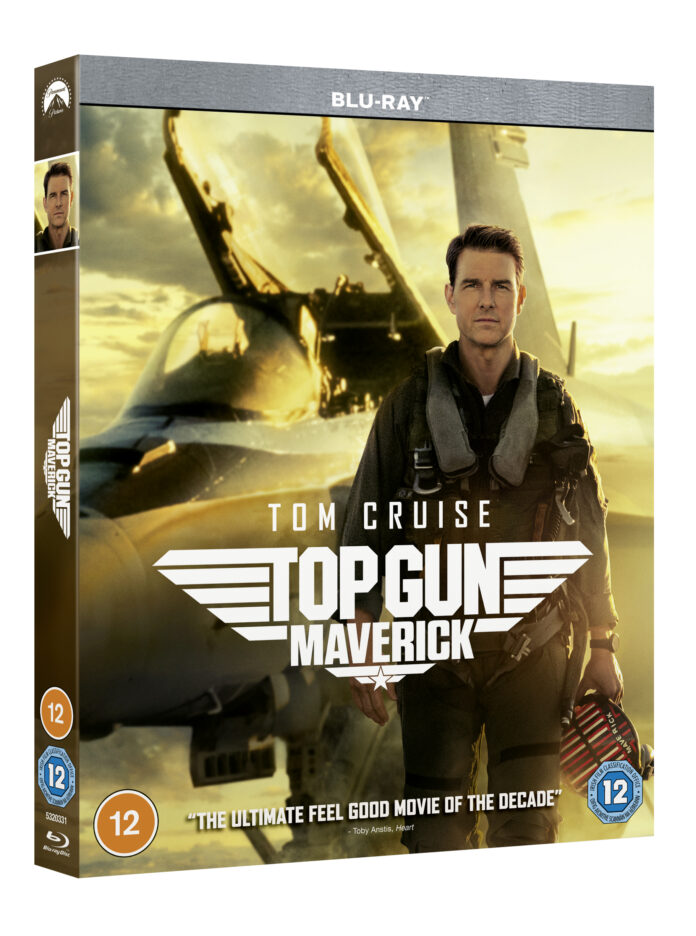 In a world of CGI drenched blockbusters Top Gun Maverick stood out for its practical effects in a sequel that was unlikely to have happened unless it had been shot in that manner at the insistence of Tom Cruise. Joining a list of extremely belated sequels – in this case 36 years after the original – Top Gun Maverick had its release delayed due to the global pandemic lockdown and whereas a load of films were pushed onto streaming, it’s testament to Tom Cruise that he held out for the film to be released on the big screen. He was righ.t On IMAX it’s an exhilarating watch and audiences agreed to the tune of just under $1.5b at the box office making it the biggest earner of 2022 so far.

Why Kelly McGillis is not in Top Gun Maverick

Now released on 4K UHD, BLU-RAY™ & DVD the sequel saw Pete “Maverick” Mitchell (Tom Cruise after more than 30 years of service as a top naval aviator pushing the envelope as a courageous test pilot. Yet, Maverick must confront the ghosts of his past when he returns to TOP GUN to train a group of elite graduates and comes face-to-face with Lt. Bradshaw (Miles Teller), the son of his former wingman, “Goose”. Bitter rivalries ignite as the pilots prepare for a specialised mission, which will require the ultimate sacrifice from those chosen to fly it. Read our full review HERE

Directed by Joseph Kosinski, looking like Rob Brydon’s preppy younger brother there was a load of pressure not just to match but to exceed the original and with present day cutting edge technology it meant that cameras could be placed inside the cockpits of the F18’s. An undertaking that had necessitated a year of development with the US naval services as the planes would be flown at such extreme G-forces that the pilots didn’t want bits bouncing around the cockpit. As outlined in one of the many features – one of those pilots would be Cruise himself a keen aviator and an infectious passion for flying that had him put together a training course for the actors having told them that when it came to flying the F18’s, ‘You will be in one!’ – there would be no green screen here! ‘Cleared for Take Off’ is a short featurette on the disc as to the training they went through and its gruelling stuff with one of the naval instructors betting that at least one of them would drop out of the project. It seemed likely with G-forces exerted on the actors bodies with each of the actors determined not to pass out or throw up something that fail to do each time we see Gemma Collins on an inflight TV.

Even before the actors got into the planes they were put through a series of exercises that included being blindfolded, strapped into a pilot’s seat and dropped in a swimming pool. For once ‘intense’ is accurately used when the actors describe their experience.  One of the best bonus features is that on the Darkstar fighter jet in the opening sequence of the film – an idea that director Kosinski had pitched to Cruise  – which saw Maverick flying a  plane at Mach 10 (about 7000mph apparently) and though the plane they built for the production never flew at that speed it’s an intriguing insight into the designers and engineers at Lockheed who built the plane for the film. With two videos of Lady Gaga & One Republic performing their tracks from the film the disc has a decent array of featurettes albeit of the EPK variety. What would have rounded it off would have been a yak-track with Cruise & Kosinski who clearly loved making the film and the challenges it presented

Tom Cruise is probably the only A-list film star that’s stayed at the top of his game for almost his entire career. Top Gun Maverick maintains that status and the disc is worth investing in especially if you’re able to appreciate its brilliant aerial photography by watching it on the biggest TV screen you can.