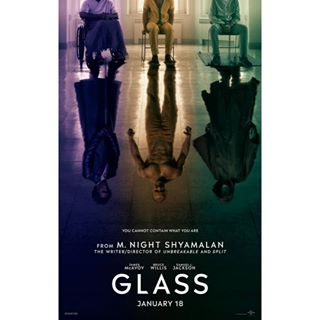 It’s been almost twenty years since writer / director smash hit The Sixth Sense came out and thrust him into A-list director status which he cemented with the follow up Signs and Unbreakable before things got a bit wobbly with The Village before the critics mauled him for The Lady in the Water before it all came crashing down with the disastrous The Last Airbender and After Earth which did little for Will Smith’s career too.

Since then he’s returned to a number of small budget films with The Visit and Split. Now he’s doing the unusual thing of making a film which an Unbreakable / Split sequel with a film called Glass.

So what do we know about Glass?

We can probably expect to see the first trailer in early Autumn.

Here’s the first still from the Unbreakable / Split sequel featuring all three characters in a mental institution…..

We think that Unbreakable is Shymalan’s best film and if you’ve never seen it then do your best to catch it asap.