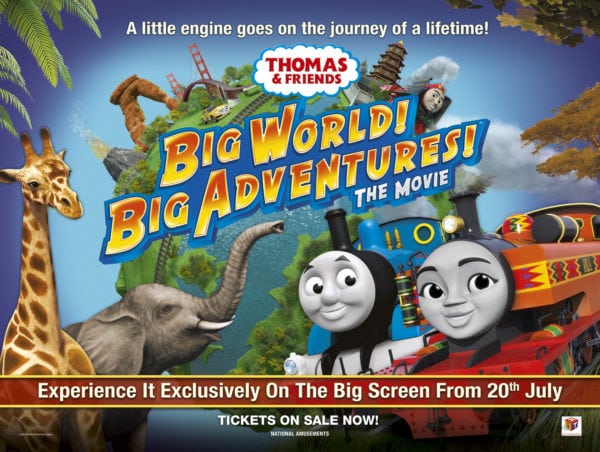 Thomas the tank Engine as a TV series has been running for years. Adapted from the books by the Reverend Wilbert Awdry and his son Christopher it was adapted for TV and narrated by the lugubrious Ringo Starr. Its been a huge success and now it’s time for a movie, Thomas and friends, albeit without Ringo narrating

So our little blue engine friend leaves his station of fellow engines and goes off on an adventure across the world through desert, jungles and mountains all on train lines that unlike the UK are never beset by delays, faulty signals or people throwing themselves on the line frustrated at the sheer ineptitude of management and the mind boggling laziness and ineptitude of the constantly strike threatening staff who bring despair to the passengers whilst increasing their pay, lessening their hours and boosting their holidays without a hint of remorse.

It’s difficult to review a movie like this because frankly anything unkind we said about it would be akin to kicking a puppy. So knowing that this will bring pleasure to millions we’ll say that it will entertain kids but will give adults a quiet 85 minutes to go off and do something else. Oh… and Peter Andre voices a Australian sports car…….not sure if that’s recommendation or not.