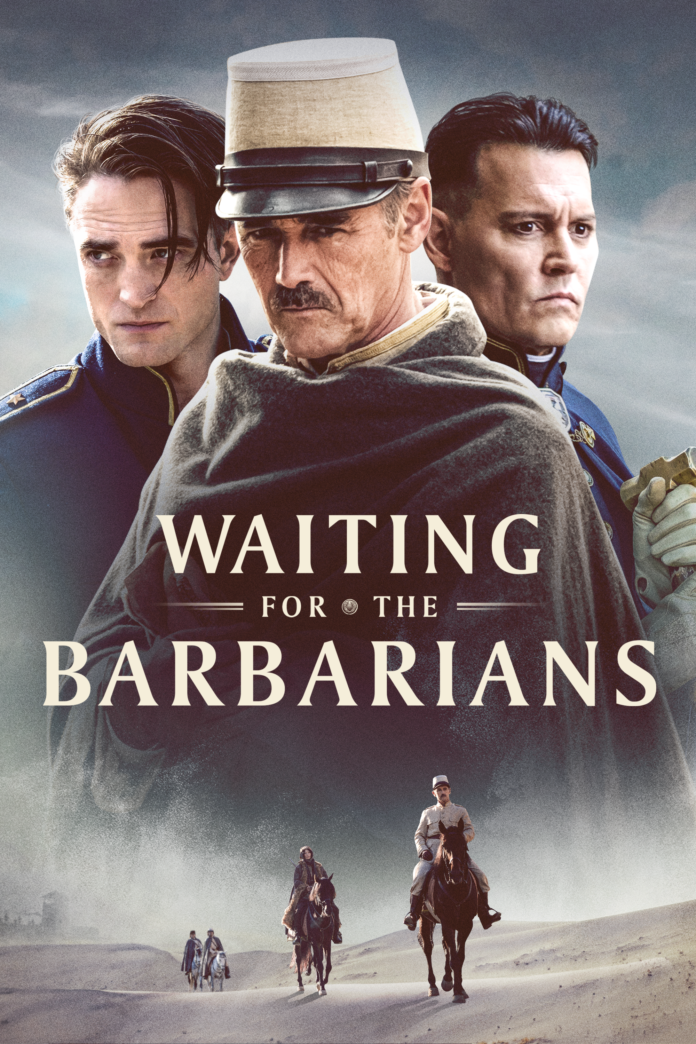 With the Johnny Depp v Amber Heard court case still awaiting to start in the US its wonder that the MAW (Model, Actress, Whatever) isn’t trying to use the film title as documentary evidence about her trepidation whilst her husband was away for the day. Waiting for the Barbarians sees Johnny Depp wearing shades and an upturned plant pot on his head and looking like a blind Devo tribute act (if you don’t know Devo check HERE). Depp is Colonel Joll a senior police officer visiting a far flung outpost of the British Empire in order to question the local nomads about a rumoured uprising against the Brits. His methods are brutal often leading to the death of those unlucky enough to be interrogated by him. It is all to the horror of the magistrate (Mark Rylance) presiding over the outpost having managed to kept the peace with the nomads who go about their business as normal. 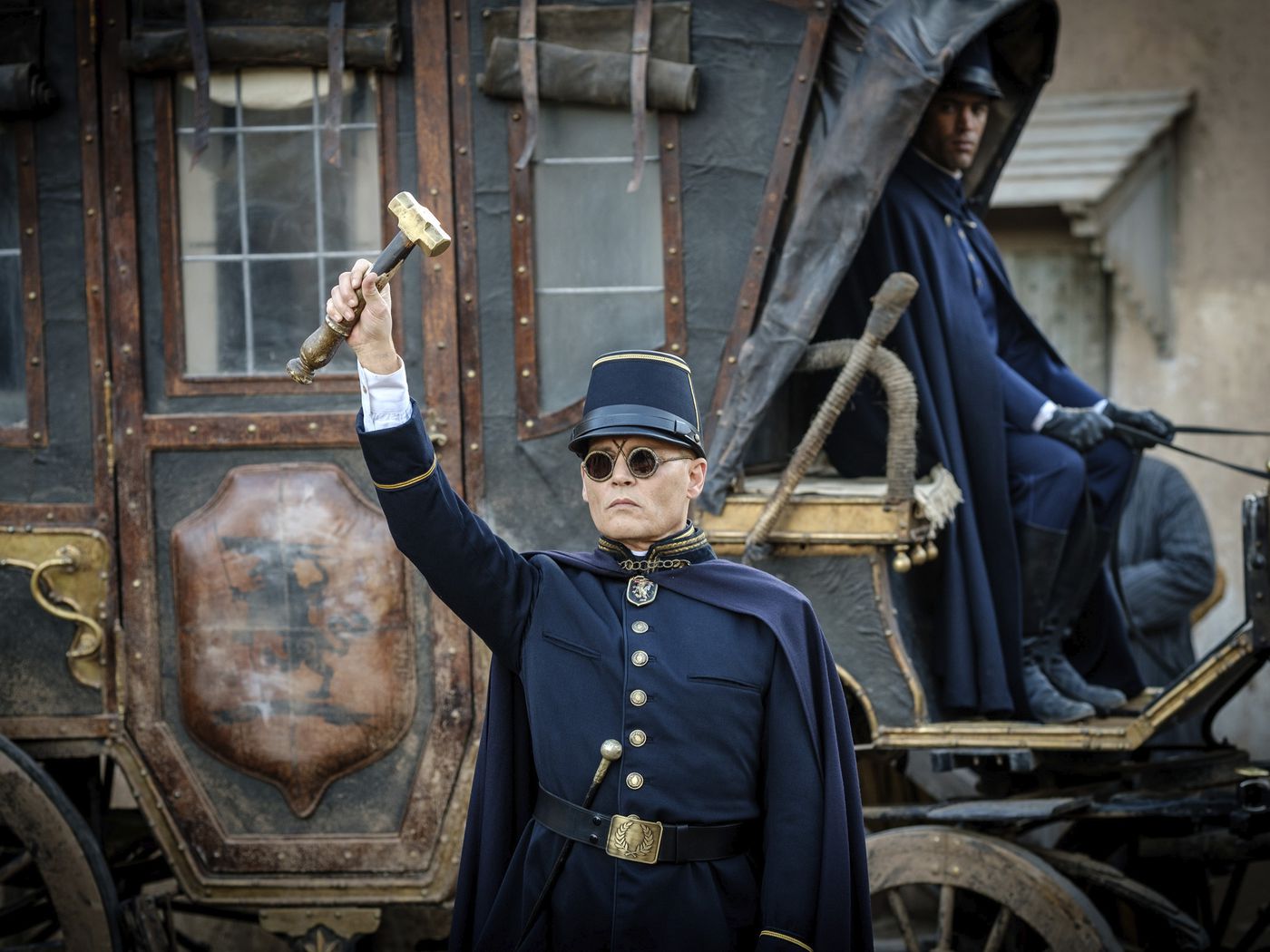 With one of the nomads already ending up in a body bag at the hands of the Colonel, the magistrate then finds more and more of the locals brutalized including The Girl (Gana Bayasaikhan ). Appalled at what she has been through at the hands of The Colonel he nurses her back to health and determines to return her to her nomadic tribe. These scenes of her convalescing with the magistrate are sensitive and delicate with Rylance as great as ever coming over as almost Messianic in his care for the people in his outpost.  But whilst he plays the role superbly the character is one that is naive and woefully unsuited to his job made all the worse when he does little if anything to try and rectify the matter. It is this middle section that frustrates as despite being a sincere and decent man his inaction infuriates and too much of the film centres around the albeit sympathetically shot scenes as he cares for The Girl and her injuries. 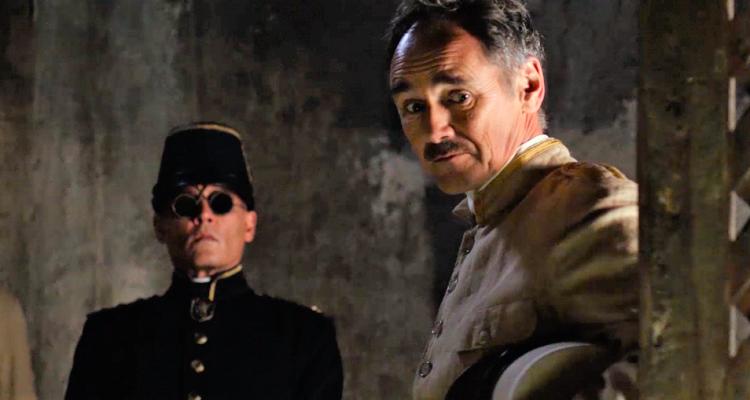 The Magistrate and The Colonel are at conflicting ends of the spectrum and its ultimately going to get a whole lot worse for the former when his care for the girl is mistaken for collusion with the enemy and this time the brutality from the Colonel will be aided by his protégé Officer Mandel played by Robert Pattinson in a role that barely has him in the film until the very end. Waiting for the Barbarians is based on the book by Nobel literature prize winning author J.M Coetzee who also writes the screenplay too and it’s a title that we were hoping ti use for our screenplay about hotel owners in Magaluf. Though it is at times beautifully photographed it’s a disappointment that with three great leads it is only Rylance who is most convincing with Depp almost robotically brutal it’s a surprise that he doesn’t utter the line, ‘I’ll be back!’ and when Pattinson does finally appear he has little to do in a film that does sag badly in the middle of its two hour running time. Despite the obvious modern day political undertones there’s little revelation in the idea that brutality brutalizes the brutalizer still further.

Here’s the Waiting for the Barbarians trailer……