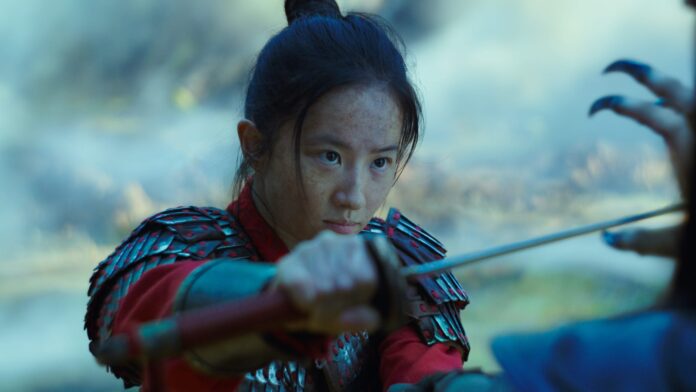 Now that Mulan is on release (read our review HERE) we’re revealing some Mulan fascinating facts about the weapons, locations & costumes…….

With the casting in place and pre-production behind them, the film began shooting in August 2018, in Auckland, New Zealand. According to director Niki Caro, “the energy on set was overwhelmingly positive.” Continuing, she says, “People loved coming to work. When we first started shooting on day one in New Zealand, we began our shoot in the way I always would on a film shot in New Zealand, which is with a Maori blessing at dawn. It was beautiful but made even more beautiful by the fact that we also had a Chinese incense ceremony, where we gave our offerings to the ancestors. And from that moment on, through the rest of shooting the movie, I think we all did feel protected and very connected.”

Niki Caro and her team made the decision early on to shoot as much as possible on location rather than in studio. “We wanted this movie to feel both epic and realistic, so there was no question that we would try to shoot as much as possible in camera and in real environments,” explains Caro. “That meant we traveled across China to shoot real landscapes, trying to avoid green-screen–built environments.” From the very beginning, we designed ‘Mulan’ to shoot in epic locations throughout China and New Zealand to give the movie the scope and scale the material deserves.”

Some 20 locations in China were used, including Hubei province in central China, the so-called Singing Sand Dunes in the Mingsha Shan Desert in Xinjiang province in the northwest, Zhangye Danxia National Geological Park in north central China, Flame Mountain in the north, Mazar Village, and Dunhuang and Jiuquan in Gansu province in the northwest, as well as studios in Zhejiang province in eastern China. The immense size of China makes shooting the entire film there difficult, so the filmmakers chose to base part of the production in New Zealand. It was a creative and logistical decision. Because New Zealand is a much more compact country, the team could get to all the locations they needed— from mountains to deserts to bamboo forests—using less time and fewer resources than were needed in China. 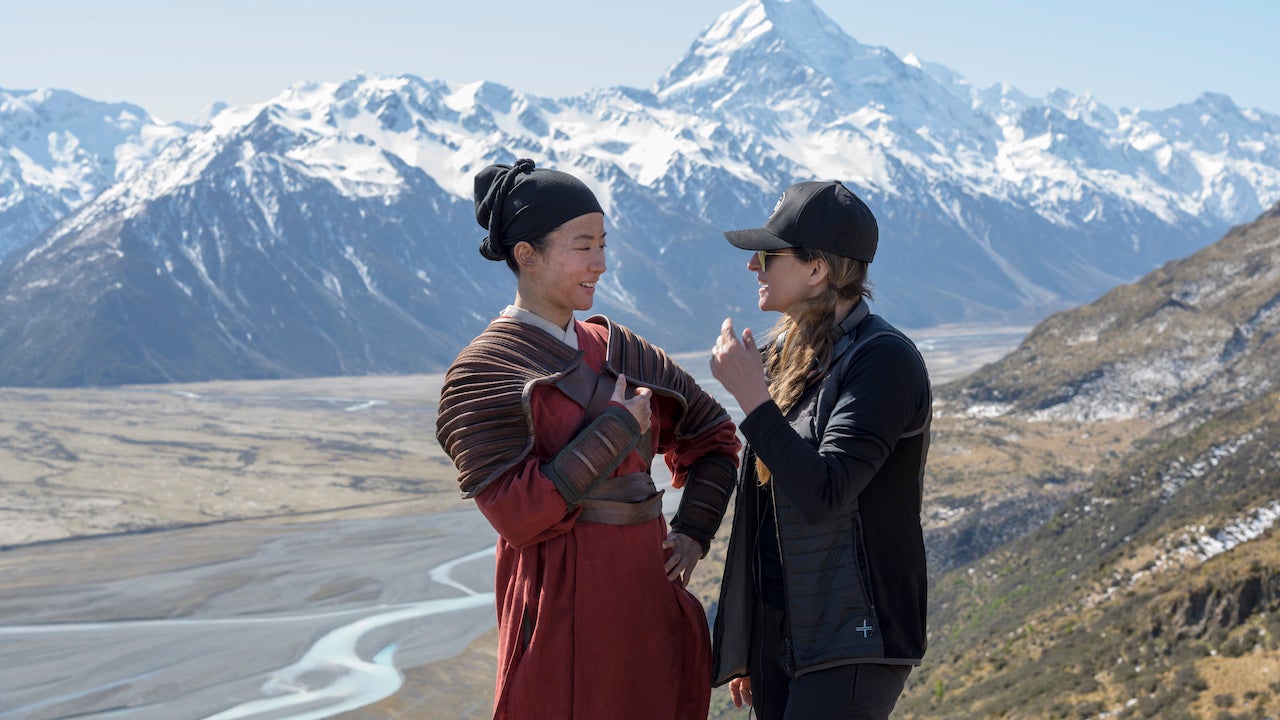 New Zealand is a renowned film making hub with first-class crews and a well-oiled infrastructure that has been used to acclaimed effect on international blockbusters such as “The Lord of the Rings” trilogy. While many iconic sequences and landscapes were shot in China, we found a number of critical locations in New Zealand, which augmented our story. One of those places, and the most critical, was the Ahuriri Valley in the South Island. We took 900 people to the Ahuriri Valley to stage an epic battle. It was incredible, like being on the back lot of a gigantic Italian movie from the ’50s.” Filming in New Zealand took place at Kumeu Film Studios in Auckland.

At the end of filming the movie, the crew busted out in a haka dance. “This is a sign of maximum respect for New Zealanders, and I felt the full force of their love and respect in that moment. It was amazing and very humbling,” says Caro. 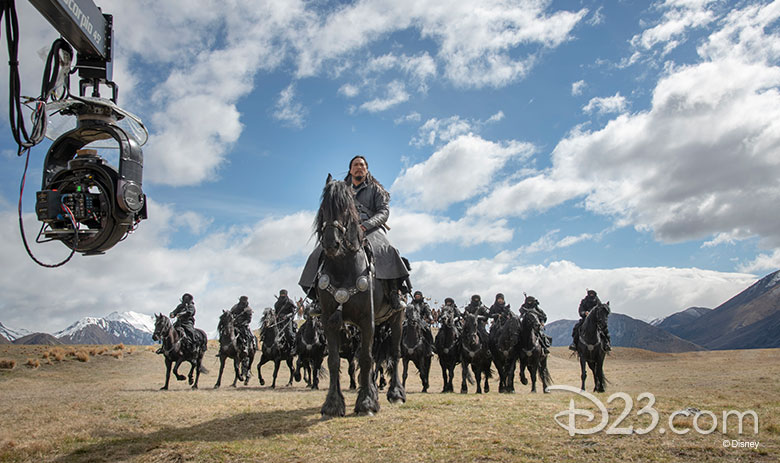 A key collaborator of the design team was weapons master Joe Dunckley. For a film with more than 30 cast members requiring multiple copies of every weapon and hundreds of extras, the challenge was real. About 4,000 weapons were made in all. These were made out of a number of different materials: some were made of aluminum with urethane handles, some were soft versions for cast-on-cast fights. For Mulan’s father’s sword, which she takes into battle, two models were made. One was a sword for close-ups, with a bronze handle and steel blade etched with the words “Loyal Brave True,” the other a sword made of lightweight rubber with carbon fibre that was crafted to be easy to handle. “The steel sword weighed about four to five kilos, so it was too heavy for Yifei Liu to use for the fight sequences, whereas the copy weighed about three hundred grams, and she was really able to fling it around,” Dunckley says. “It also didn’t weigh her down when it was worn.” Dunckley’s armory included shields for the infantry, used in the battle scenes to create organized defensive shield formations; spears, bows and arrows; double-edged Jian swords; the broader Dao sword and Kapinga dagger that Böri Khan wields; and the fearsome daggers used by Xianniang. 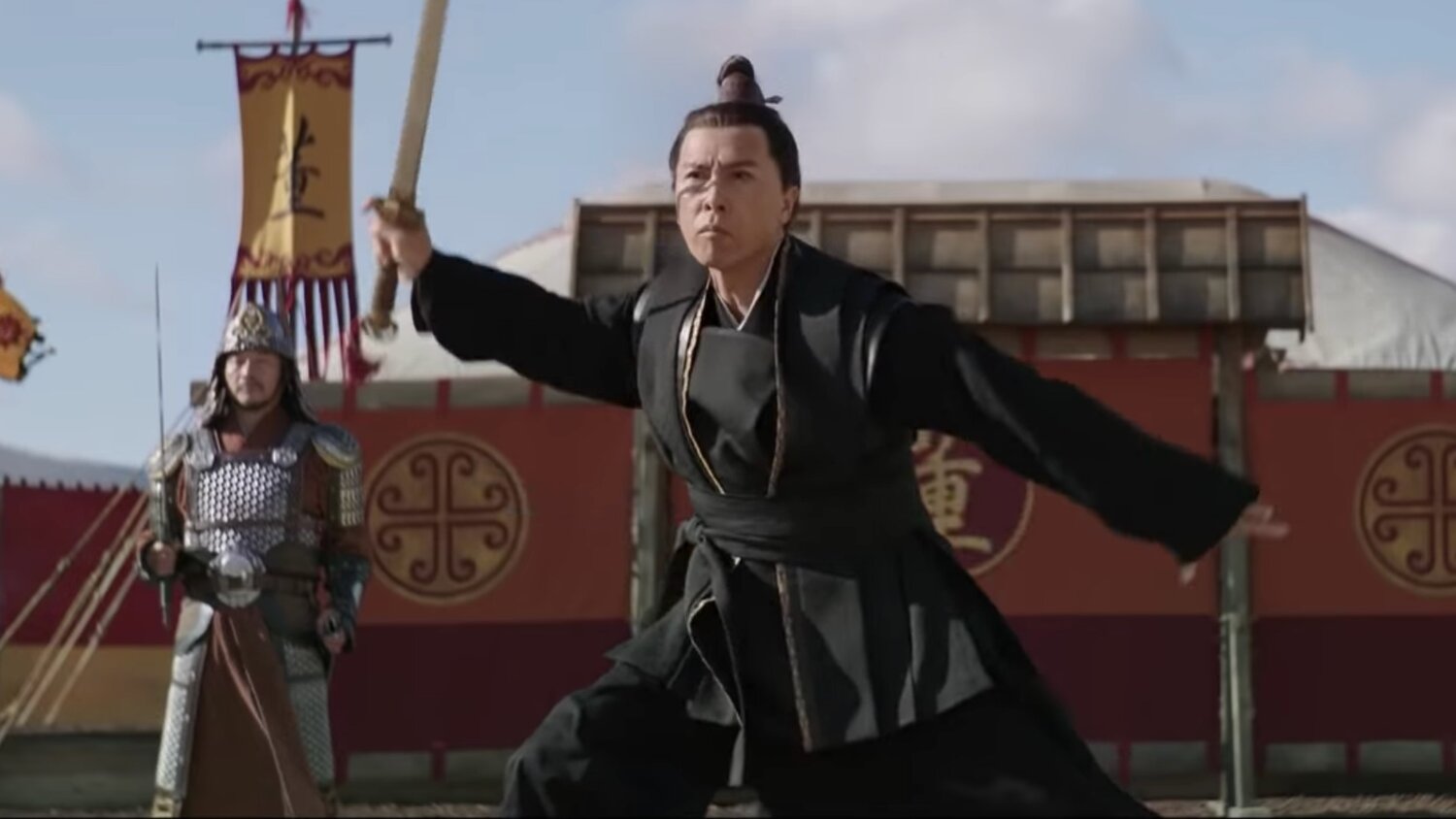 You can read our review of Mulan HERE