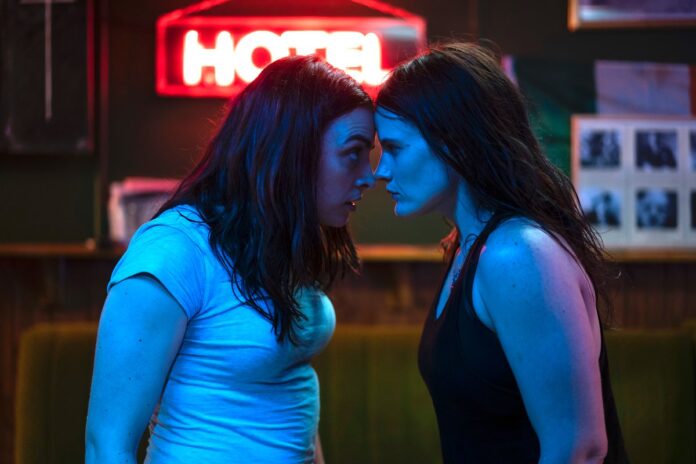 Small towns often harbour dark secrets and the one in Wildfire is no different. It’s not as small a town as the one our Editor grew up in, so small that the local prostitute was a virgin but the one in Wildfire is a fictional Northern Ireland town modelled on Omagh and but it also carries a similar terrible history.  For reasons which are never made entirely clear Kelly (the late Nika McGuigan) returns to the town on a ferry where she gets pulled by customs where they find she’s been reported missing for over a year. Where she’s been and how she’s supported herself are not known but she hitchhikes her way back to her sister Lauren (Nora Jane Noone) and brother in law Sean’s house. 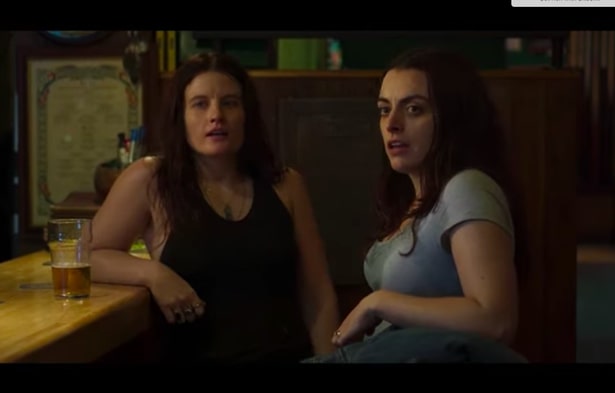 It’s an awkward reunion between the sisters with neither of their parents alive they only have each other to get through the trauma and mystery of their mother’s demise in an incident that remains a taking point for the townspeople which is reignited on Kelly’s return. Though Lauren has her husband Sean (Martin McCann) he’s concerned about what the neighbours will think and his marriage comes under further stress when Lauren turns to her sister putting her first. The sisters also have to contend with their Aunt Veronica (Kate Dickie) who’s not backward in coming forward in reminding them about the sacrifice she made for the pair of them and the price the sisters paid soon becomes apparent. 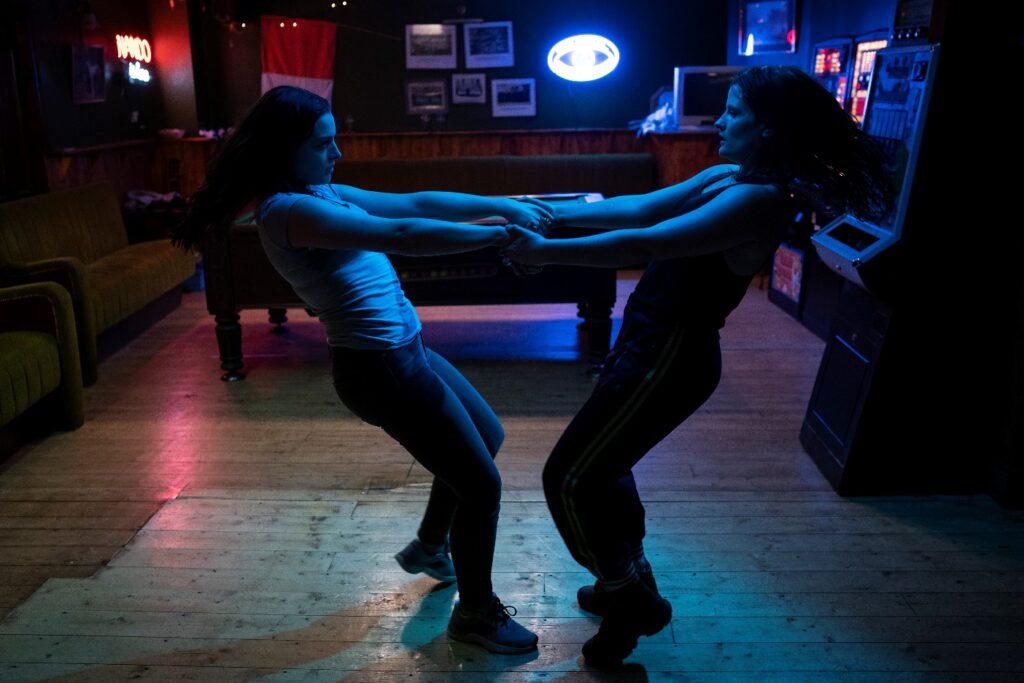 This is writer – director Cathy Brady’s debut feature and the story of an unwelcome return is not a new one but setting Wildfire and against a history of ‘the troubles ‘ is well suited to the story with characters struggling to contain their emotions of anger and paralysing grief. That the past haunts the present is one familiar to everyone and that emotions aren’t always contained when they should be with the film having several excellent scenes several of which are set in a Lauren’s warehouse work place(ironically called ‘Connect’). But there’s as much expressed here just through looks alone and even through the sheer physicality of performance  – the two sisters energetically dancing away their troubles in a pokey bar is exhilarating. The tragedy of the story is compounded by it being Nika McGuigan’s last film having established herself as a credible actress she had a promising future ahead and her performance  here is nuanced yet powerful and Wildfire is a powder keg of emotion ready to explode.

We interviewed director Cathy Brady and actress Nora Jane Noone about the film…..