Anyone who’s been through a relationship breakdown no doubt looks back through old photos of happy times and momentarily thinks that maybe they should give it another go. It’s a fallacy of course because let’s be honest how many of us have managed, in that split, second to take a photo of their ex-wife frothing at the mouth in a psychotic rage  as she runs at you wielding a 10 inch kitchen knife screaming like a cat being put through a mangle. Marriage Story starts off like any relationship with Nicole (Scarlett Johansson), an actress who made her name in a teen comedy before she married respected avant garde theatre director Charlie and had a child. In a voiceover she lists an extensive number of what are admirable traits and quirks that have endeared him to her. Shortly after this Charlie (Adam Driver) lists everything he likes about Nicole. They’re a match made in heaven….. except now they’re in the throes of separation and with a mediator who wants them to read our their lists to one another in a bid to keep things civil as a step towards trying to negotiate a settlement. Unfortunately Nicole is refusing to engage. 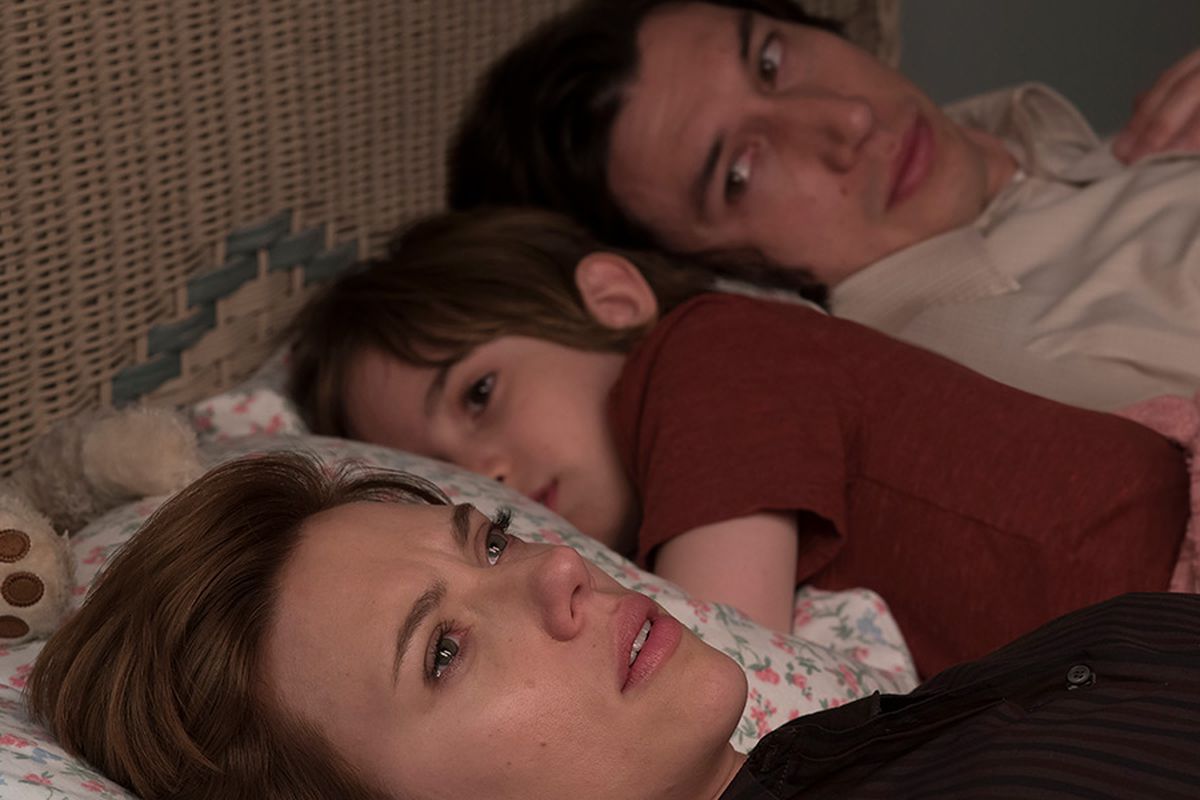 With the family living in New York ,where Charlie’s theatre company is based, she up sticks to LA where she is making a TV pilot show, taking their young son with her to live with her mum played in typically flaky style by Julie Hagerty who many will remember from as the air stewardess  in the brilliant airplane. Both Nicole and Charlie have rightly agreed to avoid lawyers and divorce amicably. And yet she falls for the promises of one of California’s best family lawyers, a charming,  power dressing,  top of her game, female lawyer Nora Fanshaw (Laura Dern) making the promise, ‘I’ll work tirelessly’…… now anyone who been through a divorce knows that this is only too true because at the rates they charge firing out $200 letters a lawyers only real decision is what exotic destination to fly to first class from the fees they charge having made it clear from the start that she wants a $100,000 retainer. Has anyone ever met a poor family lawyer?

Written and directed by Noah Baumbach, Marriage Story comes  from what appears to be bitter experience and in fairness Johansson who at 35 years old already has two short lived marriages under her belt ant have found some of the scenes easy. So Charlie finds himself flying back and fore from New York to LA to spend time with his son who he is in danger of losing access to and finding that Californian family law is catastrophically accusatory and due to state law he’s unable to hire lawyers who Nicole has had appointments and so finds himself with Bert Spitz (Alan Alda) a down to earth lawyer who genuinely is out to ease the process and prevent it becoming acrimonious. But as Dern’s lawyer tells Nicole, ‘Divorce….…sees good people at their worst’ and when Charlie then dumps Bert and hires Jay a streetfighter of a lawyer played by Ray Liotta in his best role in years, the stakes are ramped up to the max almost instantly. 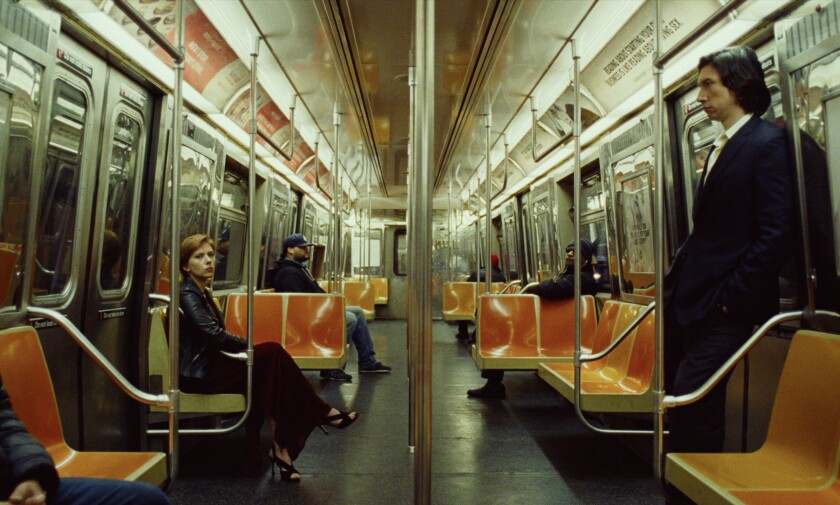 Marriage Story is Baumbach’s best film to date with great performances notably from Laura Dern and Adam Driver who are both superb and must be award contender’s when award nominations are announced. But there’ a  couple of scenes right in the middle of this which are just devastating, the first being Charlie and his interaction with his son observed and scrutinized by a blandly anonymous child assessment officer. The second is scene is astonishing, breathtaking and painful to watch with Driver and Johansson meeting up at his rented apartment in LA trying to sort things out which quickly erupts into a brutal and heartbreaking scene having been wound up by their respective lawyers actions.

Anyone who has gone through or is going through a divorce may find Marriage Story  a hard watch and family lawyers rightly don’t come out well with perhaps Alan Alda’s lawyer only showing how the profession should be behaving without winding up their clients purportedly working on their behalf but actually escalating their fees.  In divorce no one wins but the lawyers.  Bitter sweet, Marriage Story is a ‘Kramer vs Kramer’ for the millennium and is one of the year’s very best films..