So as might be expected we have Sylvester Stallone, Jason Statham, Dolph Lundgren and Randy Couture all of whom appeared in the previous three installments, the last of which was back in 2014 and are all returning to their roles for this latest film …..So who will be joining them? Well that Expendables 4 cast will also include Curtis ’50 Cent’ Jackson, Megan Fox and Tony Jaa. Whilst stuntman-turned-director Scott Waugh (“Need for Speed”) will directs from a script by, not as might be expected Stallone but actually one from Spenser Cohen, Max Adams and John Joseph Connolly. Rumours are that the script has removed Stallone from being front and centre and this time it will be Statham and Fox.

Bur the surprising new addition is Andy Garcia who doesn’t really have an action film background! 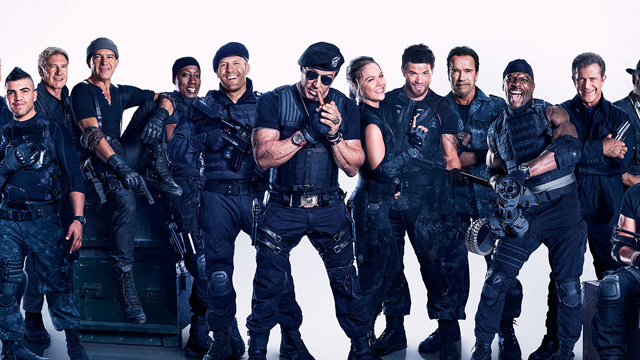 The biggest appeal for The Expendables was always the old school action stars and Stallone had persuaded everyone from Schwarzenegger, Bruce Willis, Harrison Ford, Mel Gibson and Antonio Banderas as well as Mickey Rourke, Jan Claude Van Damme, Chuck Norris and Jet Li….. but the one action star we all wanted to see in the franchise was Steven Seagal but sounds like he didn’t want to share to screen with the others unfortunately, content instead to focus his efforts on doubling his body weight. Rumours that he is to play the title role in ‘Space Hopper the Movie’ remain unfounded

We interview Simon West the director of Expendables 2 and he had some interesting things to say about Jason Statham…..