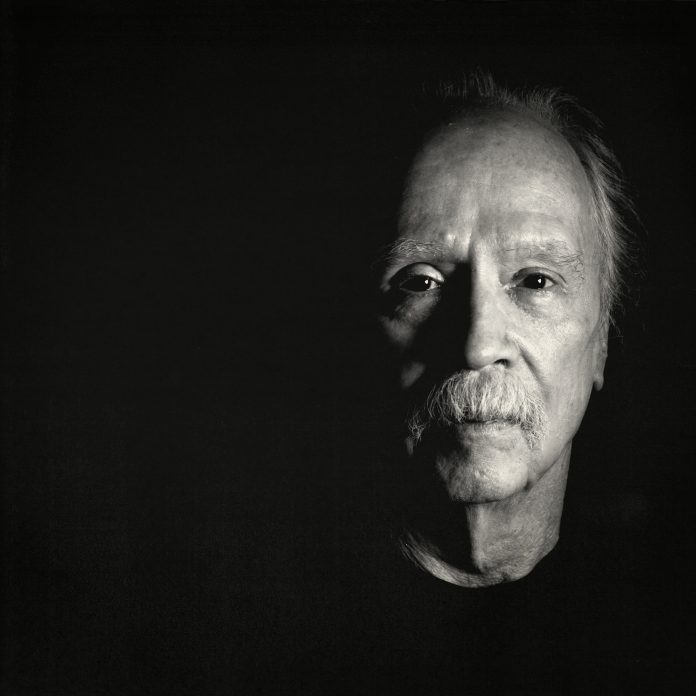 John Carpenter has directed some of our favourite horror films with ‘The Thing’ being one of his best and ‘Halloween’ having been such a huge hit that it spawned a whole franchise of variable sequels of which the latest is about to go into production soon with Carpenter executive producing and a rumour persisting that he may well return to direct also. Well that rumour can be dismissed now as he’s confirmed that he will definitely not be directing but said, ‘Maybe I’ll do the music’.

Music seems to be an area that he’s more interested in now and having composed the music for several of his own films including the original Halloween  and performed with his band at the recent Neuchâtel International Fantastic Film Festival (NIFF, 1-9 July) where they played his film music together as well as music from his Lost Themes albums at a sold out concert in the town’s cavernous Théâtre du Passage. He says that, ‘Right now, I am interested in my music career’ and Carpenter and his band (which includes his son and godson) will be touring the UK in the autumn – with a concert planned at London’s Troxy on the date of Halloween itself.

Carpenter has not directed a film since 2010’s ‘The Ward’ which in itself was the first film he’d directed in nine years since 2001’s ‘Ghosts of Mars’ and neither set the box office on fire.  So we asked the big question…..when will you be directing again?

His reply?  “I had to stop. I had no life. It (filmmaking) is so stressful,” he said. This doesn’t appear quite so final as you might think as he has TV and film productions in development.