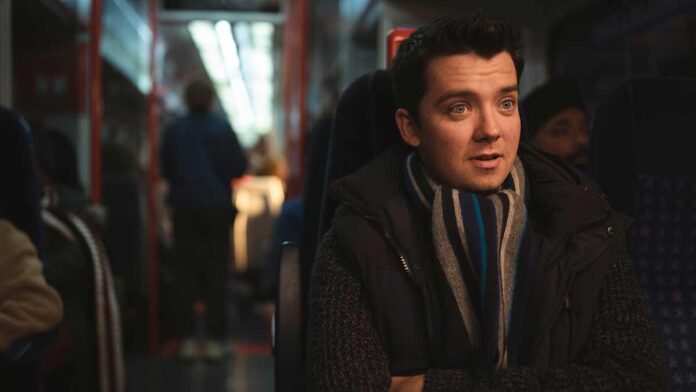 Students Hayley (Cora Kirk) and James (Asa Butterfield) are young and in love. After saying goodbye for Christmas at a London train station, they both make the same mad split-second decision to swap trains and surprise each other. Passing each other in the station, they are completely unaware that they have just swapped Christmases. Hayley arrives at a vast mansion in a small village in the Gloucester countryside to find a place where Christmas does not exist, whilst James heads north to a small semi-detached in Macclesfield and steps into the warm and chaotic pandemonium that only a large family Christmas can bring. When the entire country is blanketed in the biggest snowfall on record, our star-crossed lovers are trapped at the most manic time of the year. Christmas traditions are turned on their head, secrets are revealed, and family truths are told with hilarious consequences. The couple realise that there is an awful lot they don’t know about each other. Will they be able to swap back in time for Christmas Day? And will Hayley and James’ fledgling relationship make it through to the New Year?

Your Christmas Or Mine? which will launch exclusively on Prime Video on 2nd December in the UK, Ireland and over 240 territories worldwide.

Here’s the Your Christmas or Mine trailer…….