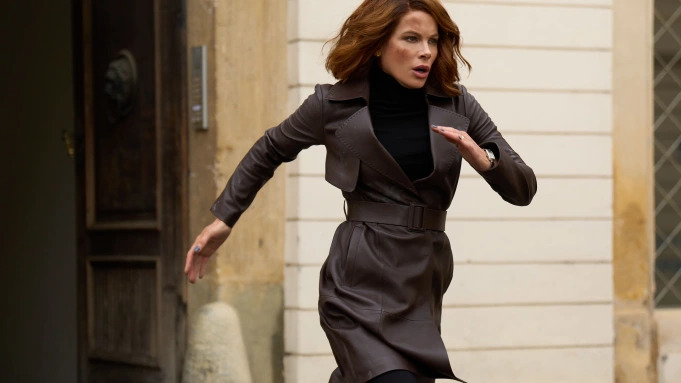 Principal photography has begun in Croatia on action thriller CANARY BLACK. From the producers of Greenland and the director of Taken, Kate Beckinsale (Underworld,) stars as Avery Graves. The cast also includes Rupert Friend (Obi-Wan Kenobi, Anatomy of a Scandal)

The film follows a top CIA operative, Avery Graves, who is blackmailed by terrorists into betraying her own country to save her kidnapped husband. Cut off from her team, she turns to her underworld contacts to survive and help locate the coveted intelligence that the kidnappers want. Betrayed at every turn, she must rely on her cutting-edge training and primitive fighting skills in a deadly race to deliver a ransom that could trigger a global crisis.

Pierre Morel directs from a screenplay by Matthew Kennedy. Pierre Morel is best known as the director of TAKEN, the modestly budgeted French indie thriller that went on to gross nearly $300M worldwide and had Liam Neeson delivering the iconic line, ‘I have a special set of skills…..I will find and I will kill you‘, a line that our Editor has tried to replicate however we rewrote it for him but he refuses to say, ‘I have a special set of skills, heavy drinking and dropping my kebab in the gutter……if you don’t buy a round I will find you and I will throw up on you’, (‘You’re fired!’ – Ed). The Taken franchise spawned two sequels and a television series making it one of the rare indie film franchises in history to gross $1b worldwide.

Prior to TAKEN, Morel helmed the French language Parkour actioner DISTRICT B13 which became a cult classic and spawned both a sequel and an English language remake, not to mention having inspired a generation of action films that followed including James Bond’s CASINO ROYALE. His feature work includes the French actioner FROM PARIS WITH LOVE, the international spy drama THE GUNMAN starring Oscar winners Sean Penn, Javier Bardem and Mark Rylance, and the female driven action/thriller PEPPERMINT starring Jennifer Garner for STX/Lakeshore and Canary Black looks like it will follow in a similar vein