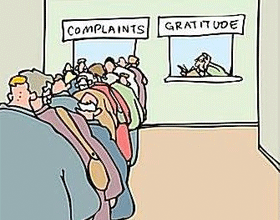 According to the British Board of Film Classification (BBFC) the most complained about films of 2015 were ‘Spectre’ followed by ‘Kingsmen’.

Matthew Vaughn’s comic book adaptation Kingsmen received 38 complaints with the primary reason being its violence in a 15-rated film. The scene that generated the most complaints was its fight scene set in a church as Colin Firth attacks a group of churchgoers.  The BBFC has said that it viewed an incomplete version of the film and would have received an 18 classification. It went onto provide advice on how to reduce its rating by shortening moments of strong violence and not dwelling on pain or injury.It’s other scene drawing a high number of complaints was at the very end with a crude sex reference but was left in the film due to comic context.

The flipside of all this was that the BBFC also received several complaints regarding the decision to cut parts of the film to reduce its rating from an 18 to a 15 but this was actually done by the film-making team and not with the BBFC.

Surprisingly the most complained about film was Sam Mendes’ final Bond outing Spectre, which received a 12A classification (meaning it is suitable for those above 12 years of age, but audience members under 12 can still watch the film accompanied by an adult). This received 40 complaints -all focusing on the level of violence.

The BBFC report notes that the distributor sought advice on how to secure 12A classification, and a scene involving an eye-gouging was reduced to include limited visual detail, while further scenes involving torture and the aftermath of a suicide were also reduced.

Perhaps the biggest surprise was that the childrens animated comedy sequel Minions received 16 complaints due primarily because of a medieval-style torture sequence where the protagonists are stretched on a rack. The BBFC noted that the scene was delivered in a comical manner, and the risk of harmful imitation is very low, thus the film’s U rating (suitable for all ages) is appropriate.

Further titles to receive multiple complaints in 2015 include Simon Pegg-starring comedic Sci-Fi Absolutely Anything (primarily for swearing) and fantasy sequelMaze Runner: The Scorch Trials (primarily for violence and threat).

The level of public complaints against these titles was minor, however, compared to the BBFC’s most complained about films on record. In 2008, Warner Bros The Dark Knight received 364 complaints alone.

The BBFC are in an impossible position and are criticized for cuts and criticized when they don’t cut. They just can’t win and in fairness some of the complaints are ludicrous. Minions…..really?