So with Tenet now on release (you can read our review HERE) we thought we’d have a look at how they shot the car chase in Tenet. Without question, one of the most challenging sequences was an elaborate heist that unfolds on the Laagna Tee—a busy freeway in the center of Tallinn—with cars moving both forward and in reverse. The first step was not only to gain permission to use a long stretch of the highway but also to secure it for several weeks of filming. Executive producer Thomas Hayslip explains, “We were closing off eight kilometers of a six-lane highway down the middle of one of the most densely populated areas of Estonia.” Even after they received the go-ahead, he confesses, “Every day, I worried they would shut us down, but in the end, we were given the time needed to complete the sequence. We have a lot of people to thank for their cooperation and support, from the local authorities to the public.” 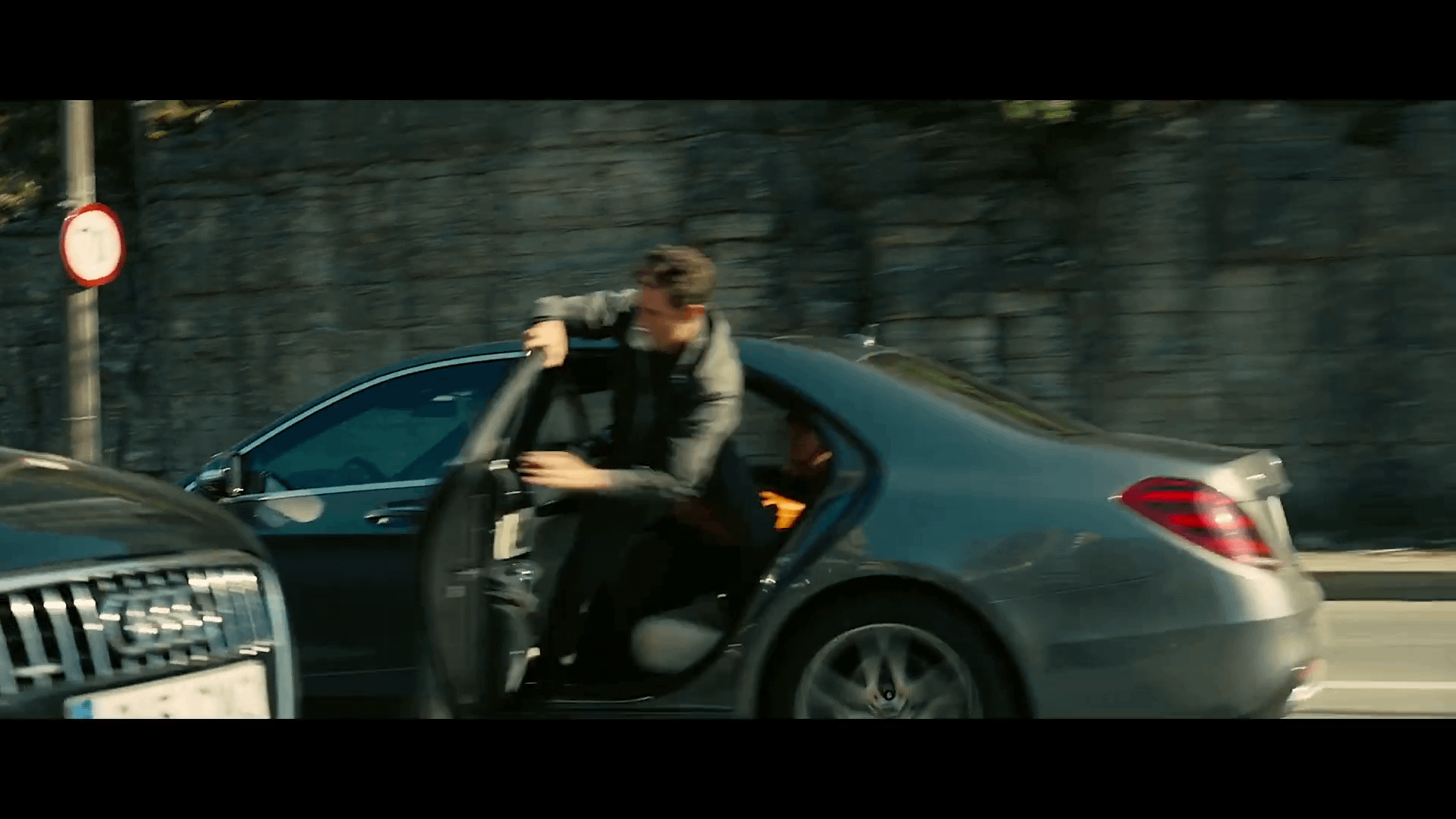 With so many moving parts, careful planning was key to capturing the action of the car chase in Tenet. Andrew Jackson’s VFX department was integral to that process, creating a previz of the entire sequence for Nolan, the actors and all the departments to reference.

DoP Hoyt Van Hoytema specifies, “In the car chase, for instance, there are events that go forward and events that go backwards, and at certain points these different timelines interact with each other and have consequences, so we had to unravel the sequence like a puzzle. Andrew’s team was able to conceptualize everything in the computer, laying it out from a bird’s eye view or from anyone’s perspective at any given time. With that road map, we could just pull up a laptop to determine ‘Is this possible?’ ‘No, it’s not because he is supposed to be there still.’”

“The joke on set became that when we would ask a question about the car chase, our first assumption would always be wrong,” Nolan recalls. “It was striking the degree to which your instincts would tell you something, you’d be absolutely convinced of it, and then after puzzling it through, you’d realize you made a wrong turn in your thinking and your instincts had led you down a completely wrong path. So, with all of those complicated sequences, we had to constantly check the previz.”

“The fact that we could not only see all the components but also the relationship between them at specific moments in time and figure out the physics and logistics of it was extremely helpful. Andrew and his team were an extremely important link in that chain,” adds van Hoytema.

The car chase in Tenet also required the close collaboration of SFX supervisor Scott Fisher and George Cottle. “We talked a lot about how the cars would be controlled in reverse,” says Fisher. “We did some experimentation with George to figure out how we could convert them and then the picture car team did a great job setting up the actual vehicles for the movie, incorporating things we had tested.”

“We were adamant from the very early tests we did that if the car is going backwards, it is going to be a real car doing 50 or 60 miles-per-hour,” adds Cottle. “We weren’t going to cheat that. It took some practice, but we got there.”

Cottle assembled a core team of 20 top drivers from Los Angeles, many of whom had worked on a number of Nolan’s films, including Jim Wilkey, who famously flipped the Joker truck in “The Dark Knight.” Cottle says, “When we got to Estonia, we were already a few paces ahead of the game.”

In Estonia for the car chase in Tenet they were joined by experienced stunt drivers from Estonia, Prague, the UK, and elsewhere. Prior to filming the sequence, Cottle relates, “We went out to a disused runway and rehearsed everything, because we knew it was going to be a handful.”

The actors were permitted to do their own driving for a portion, which Pattinson calls “extraordinarily fun. I’m a pretty conservative driver, but weaving in and out of traffic with an IMAX camera on a rig in front of the car was unbelievably exciting.”

Thomas relates, “Rob didn’t talk up his driving ability at all; in fact, he acts as though he can barely drive and isn’t a pro at all. But when the stunt team did an evaluation of what he could do, they were duly impressed, so he ended up doing a lot of his own driving in the movie.” 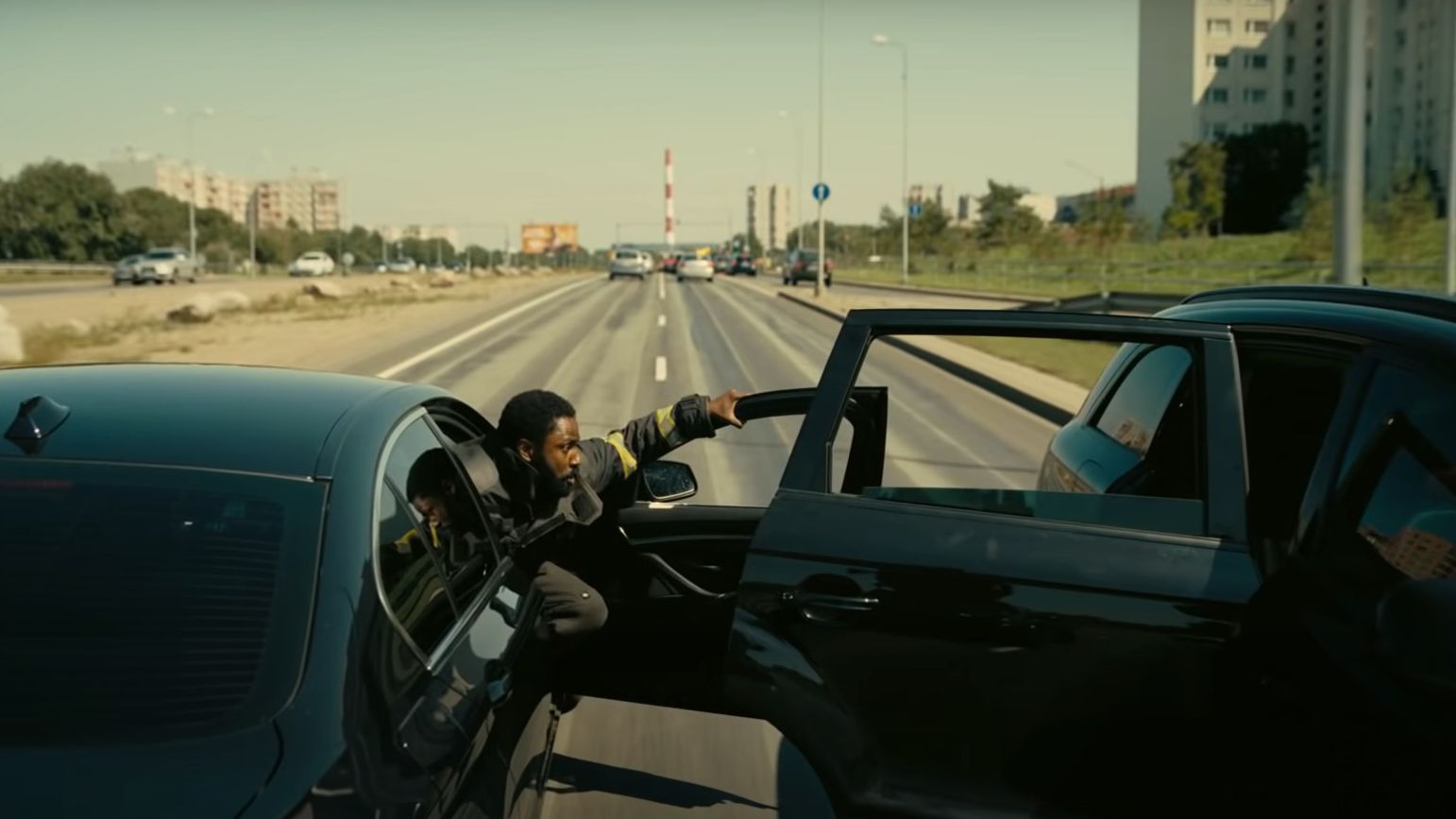 The actors’ skills notwithstanding, given any safety concerns, the stunt team took control of the cars for the more difficult maneuvers for the car chase in Tenet. Cottle explains, “All of our hero cars were able to have pod-rigs in or on the vehicles, so we could have a stunt driver in what looks like a little cage strapped to the roof or hidden somewhere in the car. It looks like the actor is driving, but in reality, the stunt driver is steering.”

Having now been on the stunt teams of six Nolan-directed films, Cottle states, “Chris’s diligence when it comes to safety is second to none; he lives and breathes it. He would constantly turn to me and ask, ‘How are you feeling about this? Are we good? Are we safe? Do you need more time?’ He won’t let anyone be rushed if it compromises safety. For me and my team, and everyone else on set, it’s so gratifying.”