Greek mythology has it that the Gorgon was so hideous a hag that her looks could turn you to stone so you had to look away and for the same reason it’s an instruction that’s borne in mind by the crew  when Amanda Holden enters the Britain’s Got Talent studio. Look Away is probably the wisest advice that Maria (India Eisley) should have taken on board when her reflection in the mirror starts talking to her. Maria is a student on the brink of turning 18 but a social recluse with only one real friend Lily (Penelope Mitchell) and bullied by student Mark (John C McDonald)

With a mother Amy (Mira Sorvino) trying to do her best to bring Maria of her shell and go the Prom and her plastic surgeon father Dan (Jason Isaacs) taking a far more direct approach but neither are really helping her. It’s hardly surprising that Maria is a mass of neuroses when, for her birthday, her father, in a remarkable stroke of insensitivity, offers her plastic surgery. Why she doesn’t reply, ‘Thanks Dad and for your birthday I’ve got you a gift token for Dignitas!’ is anyone’s guess. 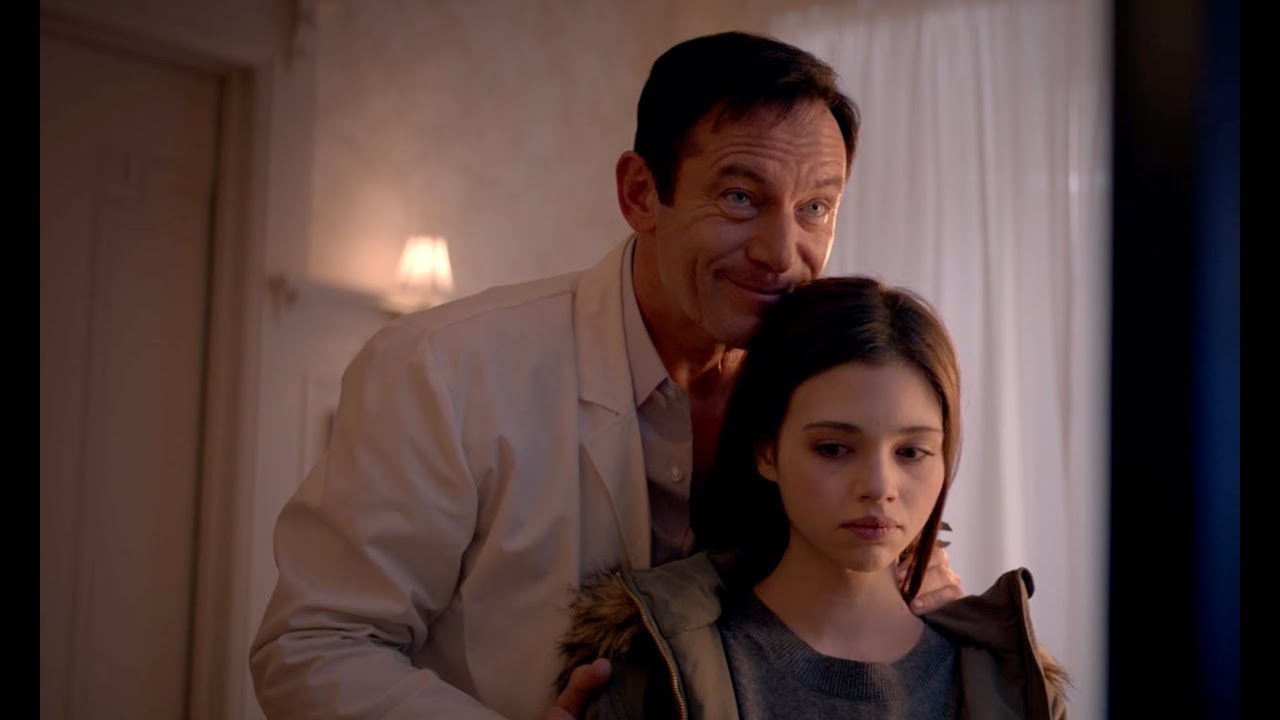 So it’s only when in the bathroom of the state of the art designer house that she finds her reflection has a far more aggressive persona. It’s not great leap of logic that when her reflection is named Airam (hmmm what could that be backwards?) and the film has opened with a scan of twin babies at what’s behind all this. It’s when Maria is humiliated at the school prom by Mark that she pleads to swop places with her vengeful alter ego. But when Airam starts doling out vengeance and getting her own way the plot starts to go awry and there’s a police investigation which is wholly unwarranted and it’s inevitable that it’s all going to end badly for Maria who is now trapped behind the mirror. 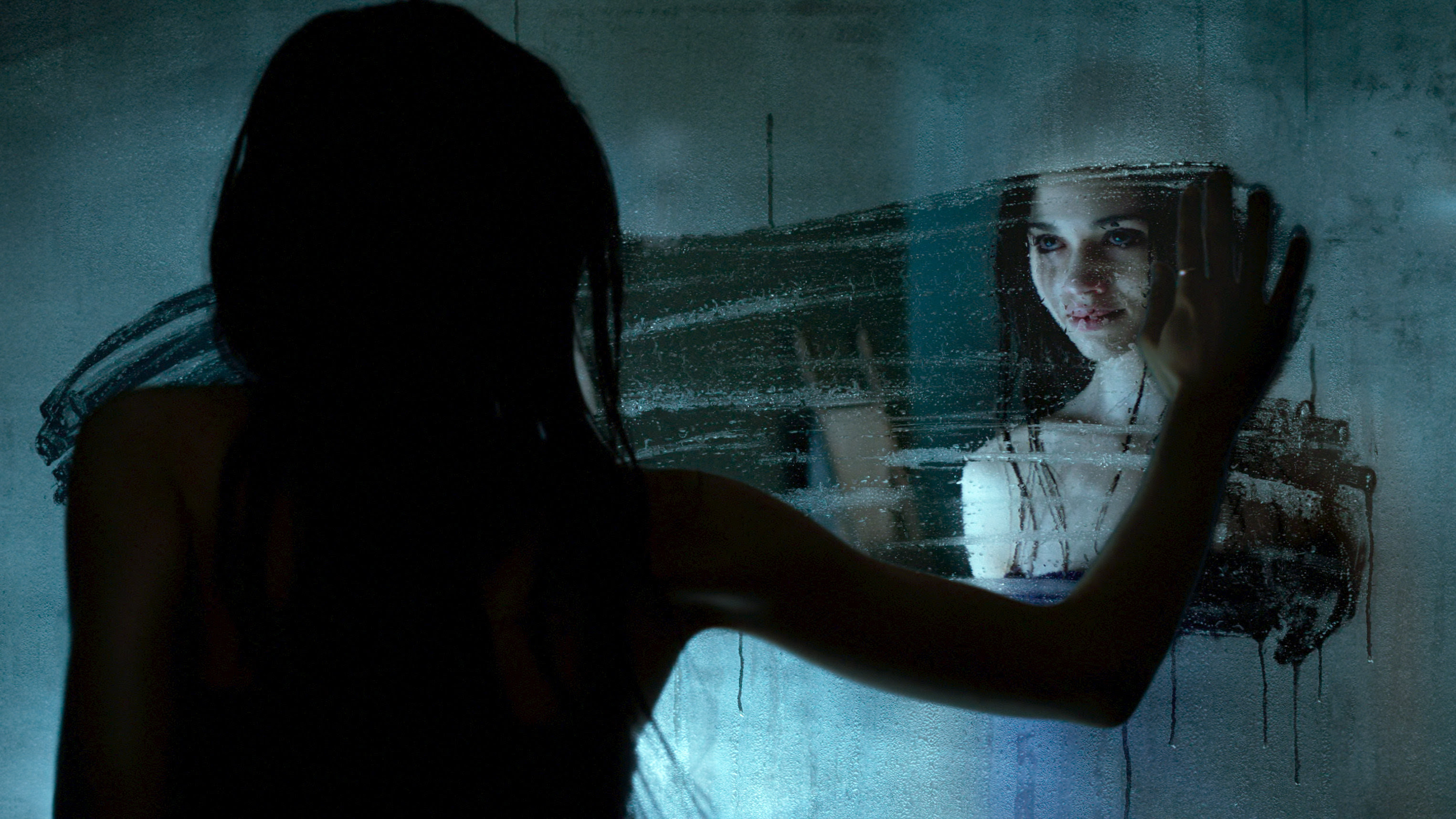 India Eisley copes with both roles well enough as flip sides of the same coin although then role has involved in a lot of gratuitous nudity and the scenes where she speaks to her alter ego in the mirror are impressive. Yet it’s difficult to see why she’s a bit of a social outcast……she’s pretty and her character is pleasant enough with no social oddities whilst her alter ego becomes increasingly slutty as the film continues. Mira Sorvino, like Julia Roberts, is now in that part of her career when she is playing middle aged mum’s as we first saw in  ‘6 Below’ and Jason Isaacs continues to be cast in those slightly sinister roles.

Aimed squarely at the teen flick market as a sort of ‘be careful what you wish for’ story this is the latest from writer / director Assaf Bernstein whose previous is mostly TV films and Look Away offers little in terms of surprises.