“Soul”  marks Pixar’s first black characters. Filmmakers took special care to ensure all skin types were richly and authentically depicted. “I’m really conscious about skin tone,” says shading art director Bryn Imagire. “We wanted to represent a wide range in the African American characters. It was important to me to get that right.” 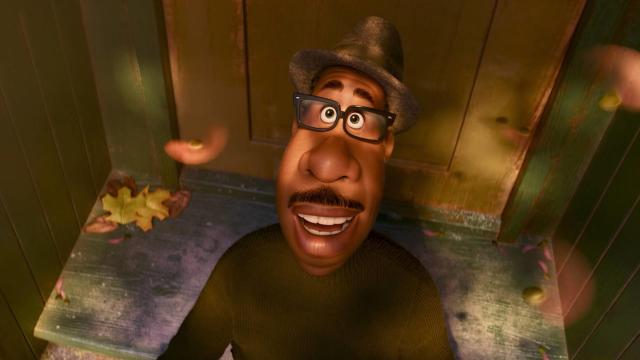 Filmmakers did extensive research, including consulting with acclaimed cinematographer Bradford Young, who was nominated for an Oscar® for his work on 2016’s “Arrival.” “I think I made more philosophical contributions than actual physical production contributions,” says Young. “The team was already so far ahead in terms of the visual texture. I just encouraged folks to be mindful of things that might resonate slightly better or offer advice on how to make it more robust, more three-dimensional. It was already quite good.”

“There’s no more culturally authentic place in the Black community than the barbershop,” says co-director Kemp Powers. “In many ways, it’s the town center— particularly for Black men. “It’s a place where these men—from all walks of life—come together.” Filmmakers visited several barbershops to capture the look and feel of this symbolic locale, taking away several observations. “Barbershops tend to be very narrow since space in New York is at a premium,” says sets art director Paul Abadilla. “We also observed one thing that distinguishes barbers from hair stylists: when they work, their clients face away from the mirror—toward the waiting customers, which encourages conversation and heightens that sense of community.”

For Powers, the barbershop scenes also represent a technological milestone for Pixar’s first black characters. “Pixar Animation Studios has rendered some pretty amazing things in its history—from the fur in ‘Monsters, Inc.’ to the water in ‘Finding Nemo,’” he says. “But on a personal level, the idea of rendering a wonderful array of black hair, which has so many incredible textures and colors, was too enticing an opportunity to not have it be a major set piece for the film.”

Read our review of Soul HERE