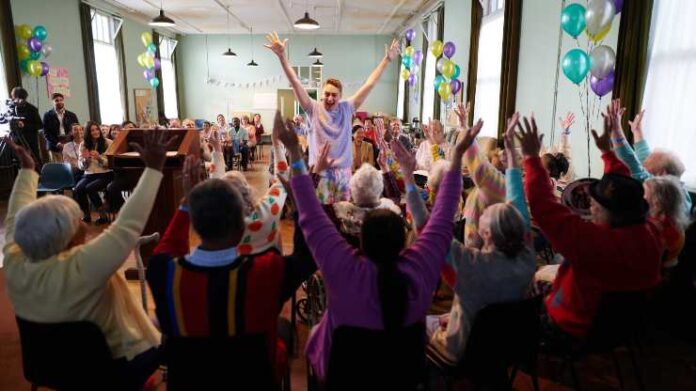 When the geriatric ward in a small Yorkshire hospital is threatened with closure, the hospital decides to fight back by galvanizing the local community: they invite a news crew to film their preparations for a concert in honour of the hospital’s most distinguished nurse. ALLELUJAH celebrates the spirit of the elderly patients whilst paying tribute to the deep humanity of the medical staff battling with limited resources and ever-growing demand.

ALLELUJAH is produced by Kevin Loader (The Lady in The Van, The Personal History Of David Copperfield, The Death Of Stalin) and Damian Jones