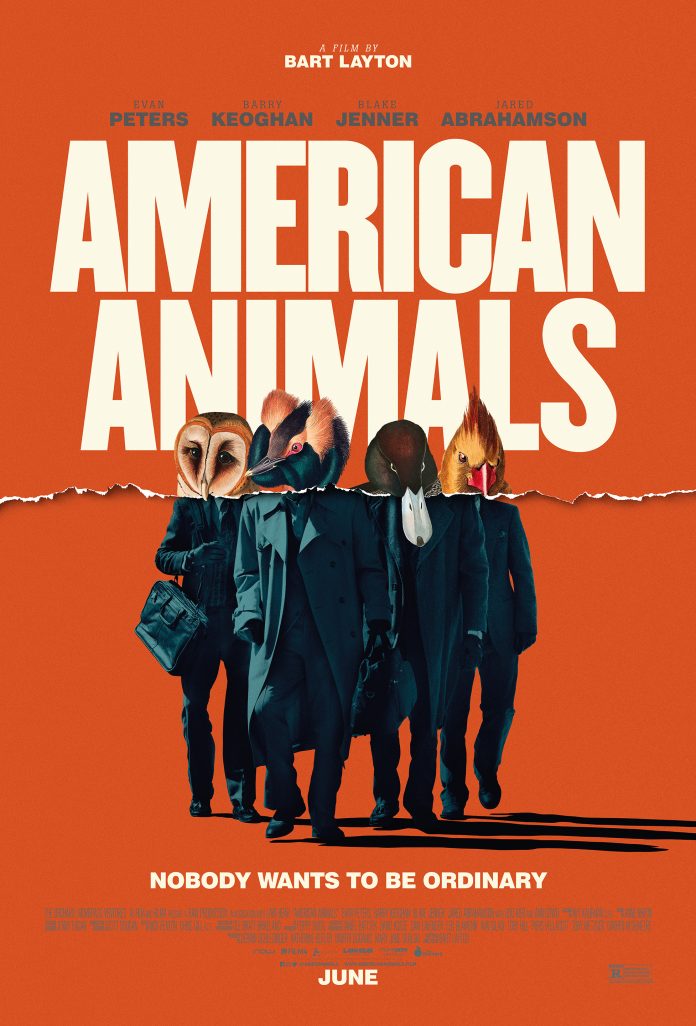 We’re constantly amazed at the stupidity of many crooks and how far they get with some even getting promoted to the level of President of the USA and American Animals is a true story of four students who decide to steal several extremely valuable and rare books from a University library and sell them. It’s a gripping first few minutes to a pounding soundtrack as the four prepare to pull of the heist before the film spools back to the origin of the idea beginning with Warren Lipka (Evan Peters) a talented artist who is friends with Chas Allen (Blake Jenner),  a mullet haired live wire who latches onto Warren’s idea to steal the books believing they can make millions.

It’s a mark of just how successful their plan will be when their preparation for the theft involves nothing more than binge watching Hollywood heist movies. It’s a bit like watching a pensioner trying cross a six lane motorway using a zimmer frame – you just know it’s going to end badly. 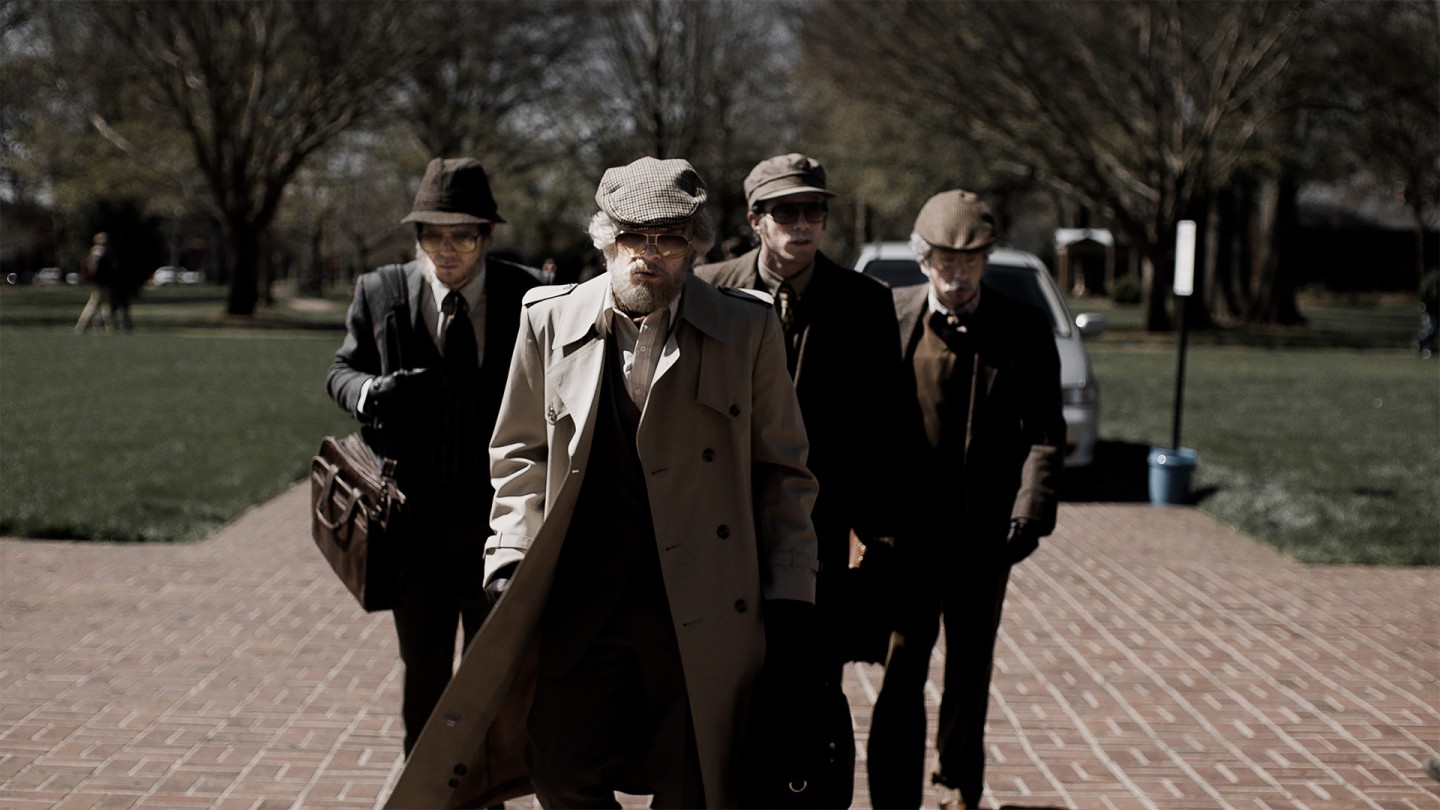 What makes American Animals different to others movies in the genre is that it plays like part recreation and part documentary as the film is interspersed with the real life and now ex- students talking & smirking to camera about what was going through their minds, which seems to be very little, when they decided to go ahead with their plan. Though American Animals states from the start that its not only is it based on a true story but that it IS a true story only for the real life protagonists go on to give conflicting accounts of the heist.

Roping in two other friends  the quartet hit on the idea of dressing up as old men and are about as convincing as a politician’s pre–election promises. It’s immediately apparent that this is badly planned and ill conceived that has them panic stricken the moment it goes awry. So it’s no surprise as to where this is all ultimately headed but not as much as a surprise that this was funded as a theatrically released film. American Animals adheres to all the plot points of the heist movie but there’s no new spin on this beyond that it’s a true story that has the real life thuddingly thick thieves in the film itself.

At almost two hours long this outstays its welcome and really this is a somewhat inconsequential story that would have been better suited to a one hour crime TV special documentary.