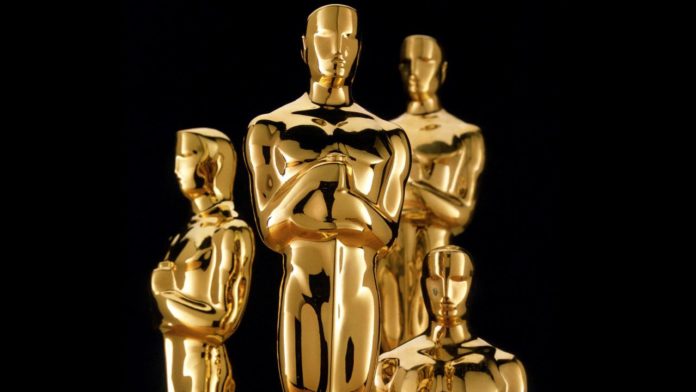 So we’re well into the season where the serious Oscar contenders are emerging and we thought we would have a look at those possible Oscar 2020 nominees likely to find themselves shortlisted starting with Best Actor, Actress, Director and Film.

First of the possible Oscar 2020 nominees for Best Actress this year looks set to go to Renee Zellweger with her performance as Judy Garland in the bio-pic ‘Judy‘ but she’s likely to have string competition from a  few strong contenders that include Scarlett Johansson for Marriage Story, Saoirse Ronan for the about to be released ‘Little Women’. ‘Bombshell’ which doesn’t open here until January 2020 has three strong contenders but notably an almost unrecognizable Charlize Theron and is likely due to its subject matter of female sexual harassment in a true story that epitomises the #MeToo movement. As a bit of an outsider we also have Awkwafina for ‘The Farewell‘.

Best Actor has several strong contenders with De Niro for The Irishman but other possible Oscar 2020 nominees include Leonardo DiCaprio and Brad Pitt who could also be in the running for Once Upon a time in Hollywood but Pitt could also figure for Ad Astra and he may be pushed forward for Best Supporting Actor for Once Upon a Time in Hollywood to leave DiCaprio a shot at the prize. Adam Driver is certainly in the running for his superb role in Marriage Story but the gong seems a shoo-in for Joaquin Phoenix as the Joker, a film that has had everybody talking about it and him and the fact that it’s made over a billion dollars making it both a commercial and critical hit seems the award is his for losing.

With Scorsese and Tarantino in the running as Best Director – a prize that Tarantino has never won – but their films would also be obvious front runners for Best Film with perhaps Tarantino’s film edging ahead as it’s a love letter to old Hollywood which will appeal to the older Academy members. We think Joker is also likely to be in the nominees but possible Oscar 2020 nominees that admittedly are outsiders could include Rocketman, Tom Hanks’ A Beautiful Day in the Neighbourhood and Marriage Story with surprise nominations for Honey Boy, Pain and Glory and even Downton Abbey. We’re also aware that the studios are pushing for Sam Mendes 1917, And Clint Eastwood’s Richard Jewell both of which are yet to open until January.

We would love to know what you think should be nominated……..