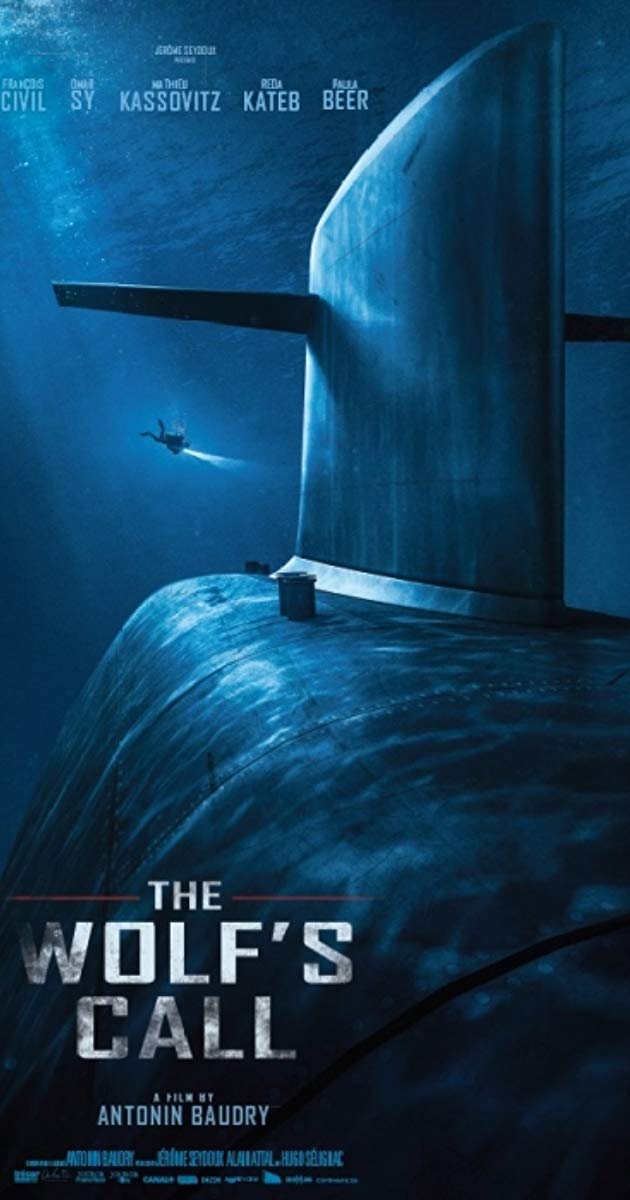 The Wolf’s Call is a French film but we won’t hold that against it. Set in a near future a French submarine crew are waiting to pick up a number of commando’s on a covert mission on the Syrian coast. Captained by Grandchamp (Reda Kateb looking like he’s smelled something awful but is trying to suppress any reaction)  things are already tense with an Iranian frigate nearby and it’s the subs Acoustic warfare analyst Chanteraide (Francois Civil) with a gift for hearing things on the sonar that others might miss that first detects something else is in the water nearby that’s also keen to maintain radio silence. It’s a terrifically tense first 20 minutes of the film where near catastrophe is averted by the actions of Grandchamp and earns him a promotion by the Naval Grand Admiral to being the Captain of one of France’s nuclear submarine.  It’s Grandchamp who wants to bring Chanteraide with him. But despite being French he is not a cheese eating , snail munching, 3 day week working, lazy arse but is borderline brilliant at what he does but after a dalliance with a French woman (who defies stereotypes by having shaved her armpits) and has inhaled cannabis with her after a bit of jiggy-jiggy which shows up in a medical test disqualifying him from crewing the nuclear sub. 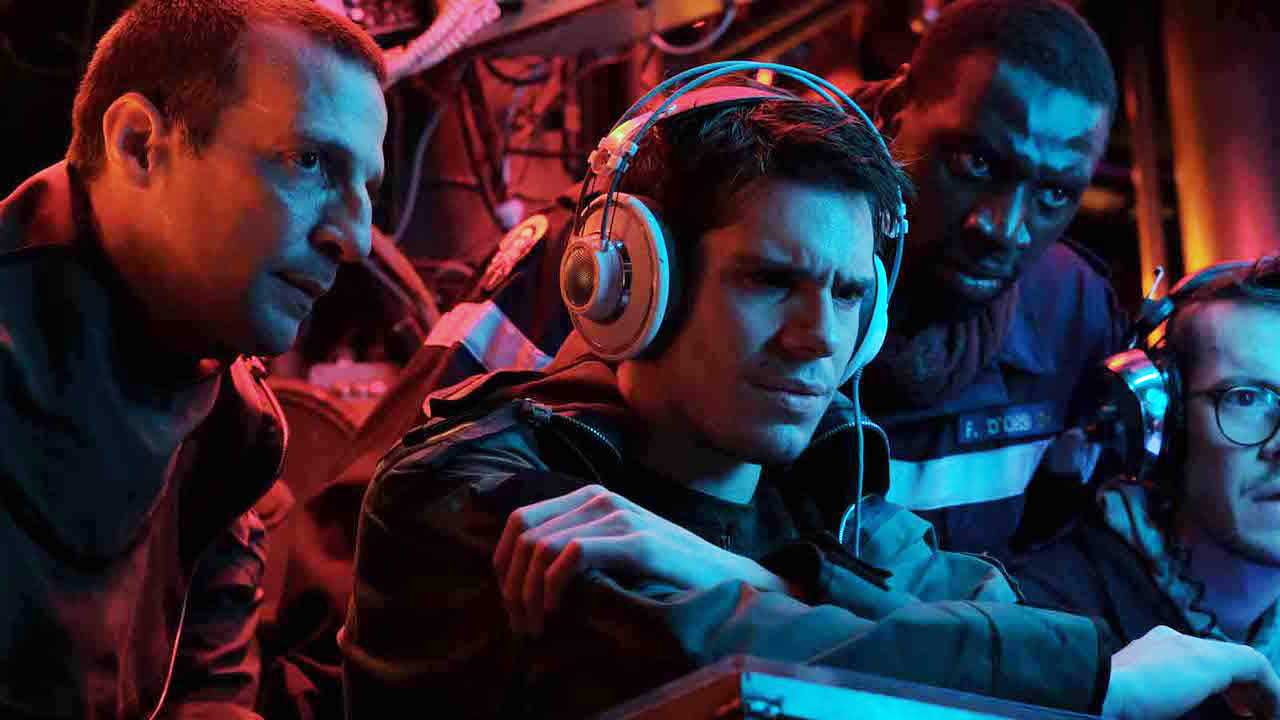 But it is him that has uncovered what the mysterious sound was in the waters off Syria. With the nuclear sub off on a tour of duty it’s fortuitous that Chanteraide is stuck in dry dock as France finds a nuclear missile heading towards the country. Now for many there’s nothing wrong with France except for the people and audiences may initially find themselves rooting for the nuclear missile but what’s about to happen would initiate an all out nuclear war against what is believed to be a Russian attack when the French military put into motion a counter strike from their sub. The protocol that follows means that once initiated the Captain of the sub must not waver in his actions and that includes ignoring any orders instructing him to cancel the launch – like Gemma Collins at an all you can eat buffet – once started, it can’t be stopped.  It’s all too realistic on that front and when Chanteraide and the Admiral of the fleet find that the missile does not have a nuclear payload they must somehow stop the sub from launching. 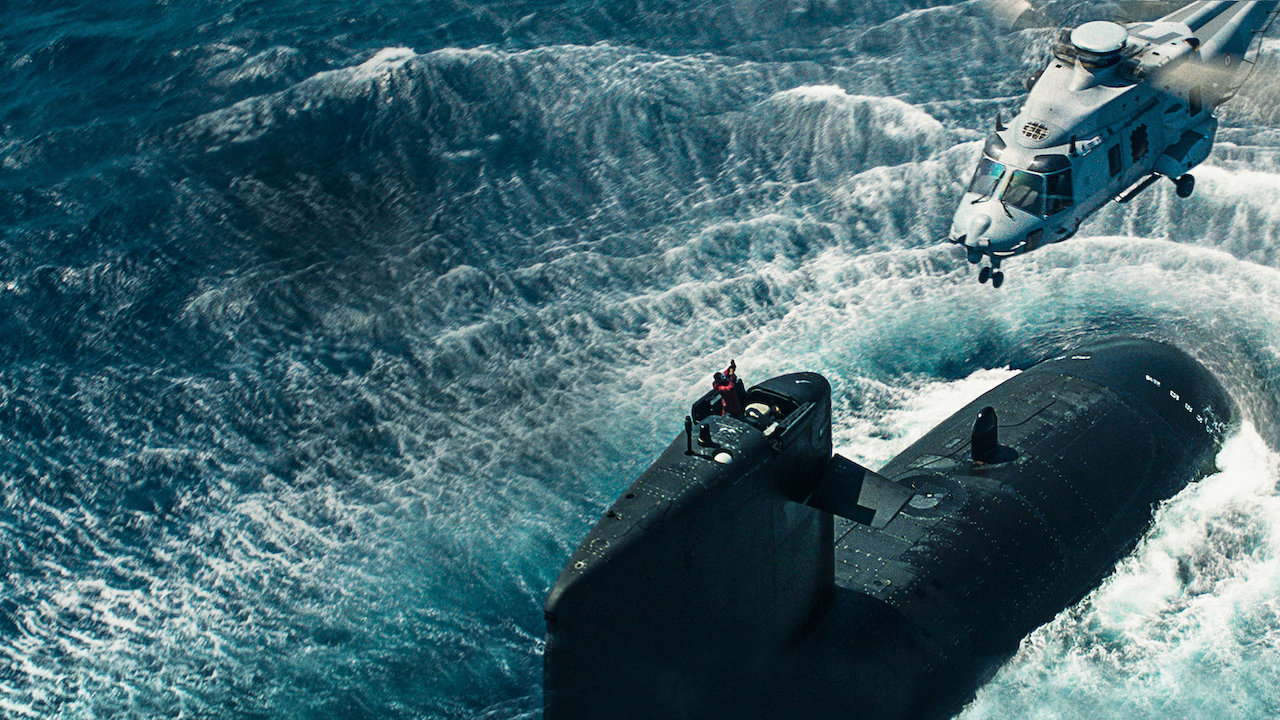 Submarines naturally lend themselves to these claustrophobic thrillers with enclosed spaces, isolated in the middle of the oceans seemingly uncontactable and that’s where The Wolf’s Call ramps it up and for its two hour duration this is terrifically tense. It’s not dissimilar to several of the submarine movies that include Das Boot, The Hunt for Red October and the recent underrated ‘Hunter Killer’ and is one of those submarine thrillers that is utterly engrossing. For once this is a French film that’s seen a release outside of its home country that isn’t an art house arse-fest but is an extremely effective old school thriller with a bitter sweet ending that works well and is wholly in keeping with what’s come before. This is another foreign film which you shouldn’t be put off from seeing because of the subtitles. It is brilliantly engrossing edge of your seat stuff.